While the Safari browser is fast enough to load any webpage, iOS users still crave for a dedicated iPad, iPhone download manager which can make the things a little bit faster. Downloading files on Safari, or iOS device particularly, is not quite a pleasant experience. Despite of being first choice as a web browser on IOS device, Safari often get threatened by the likes of Google Chrome, Opera and Dolphin. Not to underestimate many other small players in the town which happily eats share of Safari. People still don’t understand why a company of substantial size like Apple failed to appease the basic need of the users. 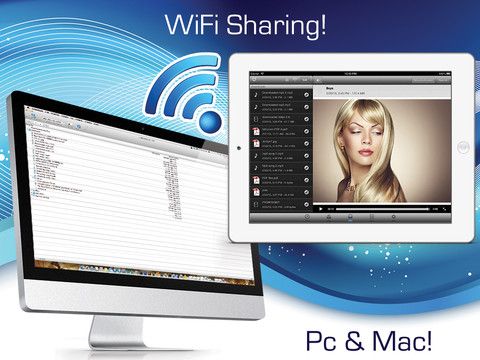 Having censured Apple, we look forward to developers to see whether they managed to turn the tide or not. Luckily, there are few many rugged options available on the iTunes store. For example, iDownload  Plus, comprehensive iPhone download manager, has already seen over a 2.0 million+ downloads. Such is a demand of iOS download managers. Even, there are few cydia apps available which can deliver the same function.

Related Post for iPhone Users: How to Create Harlem Shake Video on iPhone

Developers at IdeaSolutions have just released an iPhone and iPod download manager named Turbo Downloader Amerigo. Turbo Downloader works well on both iPhone and iPad. Moreover, it is made available in several languages like English, French, German, Italian, Japanese and so on. The self proclaimed fastest download manager can increase the download speed up to 300%. But that’s not all!!! 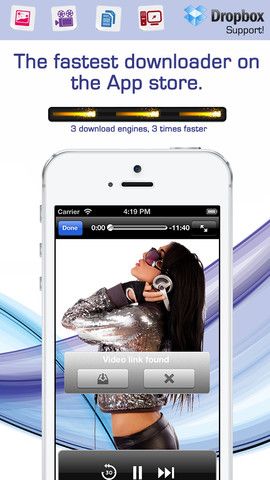 Turbo Downloader Amerigo for iPhone, iPad and iPod touch comes with some impressive set of features.

By far, you must have understood why Turbo Downloader Amerigo seems like a best option for the users. It’s available in both free and paid flavors. If you feel so inclined, you can buy a premium version of the apps at merely $1.99 from iTunes store. Just because it’s a self-proclaimed best download manager for iPhone and iPad doesn’t mean it is so. It has to justify it’s tag. Let’s understand the features properly before making any decision.

Turbo Downloader Amerigo is not just a simple downloader you often come across. It’s in fact a suite of tool which makes downloading and manage downloaded media in a more subtle manner. For example, you can play video in full screen mode, zoom in the video, manage a playlist, read a PDF file and even convert webpage into PDF.

In the era of a cloud storage, Dropbox is called a father of cloud storage. Back in 2011-12, it changed the perspective of the end users. People realized the importance of cloud storage and backing up their important data on the cloud. Obviously, dropbox has to compete with many big players (mentioned over here) to make it a people’s choice. The developers at IdeaSolutions S.r.l have smartly integrated Dropbox feature into Turbo Downloader. Just go to the second tab (download), you’ll find a Dropbox option right at the uppermost left corner. All you need to do is to connect to your Dropbox account. After connecting to Dropbox, you can choose to upload files directly to Dropbox to save space on your device. 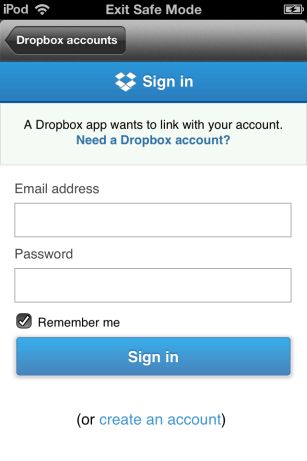 Even, you can create a playlist and stream audio, video files to the device. Check out the screenshot to understand the process.

The most impressive feature of all is Folder management. You can move your files to a folder and manage them from there. There’s even a provision to enter a passcode to secure your folders. Such option will save your important files from prying eyes. 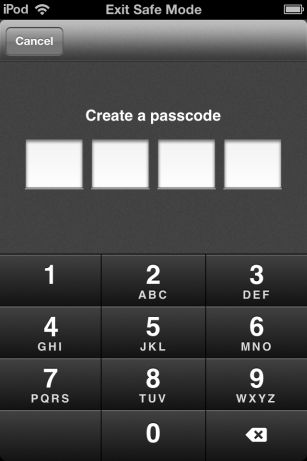 For example, if you would like to save the video to your camera roll, then there is an option to do that (pro feature). You can rename files and folders from there. Unfortunately, there are very less options for sharing. Apart from the Dropbox sharing feature, you are allowed to share the file via email only. Integration with Facebook and YouTube could have made sharing of files much more desirable. We’re probably too greedy or harsh on the developers. Usually, download manager do not come up with such options. 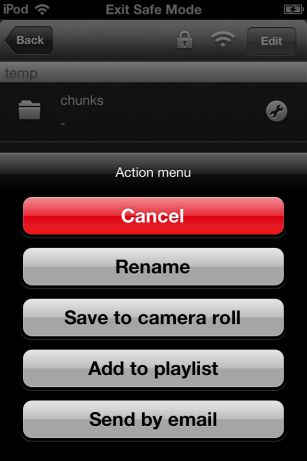 PDF downloading and viewing also work as advertised. We tried downloading few PDF files to see how the app works. To our surprise, the app managed to handle PDF and other document files (.doc file we tried) smoothly. However, there are some annoyance, which we have mentioned in the “Verdict” section. We couldn’t tinker around with archive option, though. 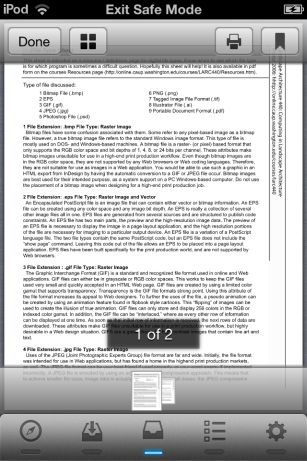 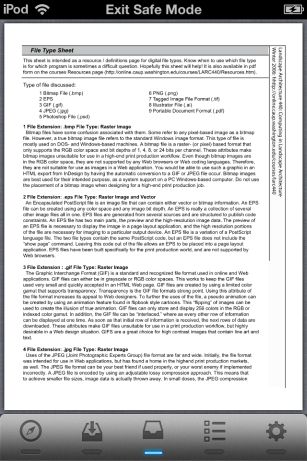 Besides that, it efficiently managed to handle PDF, Doc, PPT files. Also, making a mix playlist from download video and audio file was a child’s play. There are some features which are missing in the tool, for example searching in the document (PDF, PPT). 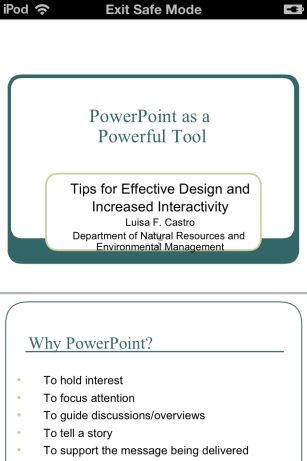 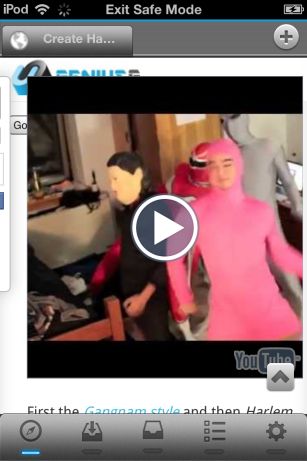 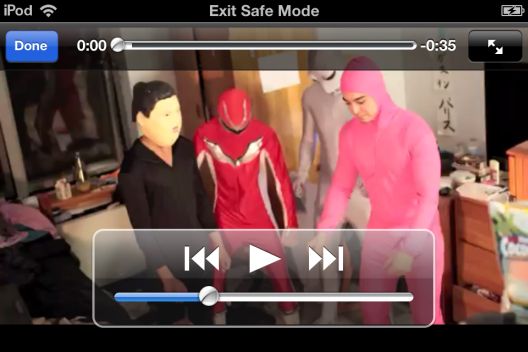 Yet another impressive feature in this solid iOS app. The multi-tab browser will let you open multiple web pages in a different tab. Managing tabs and navigating between them is quite simple. For a clutter free reading, Readability integration is also integrated. Just click on the small arrow at the bottom right corner and you will see the following options. 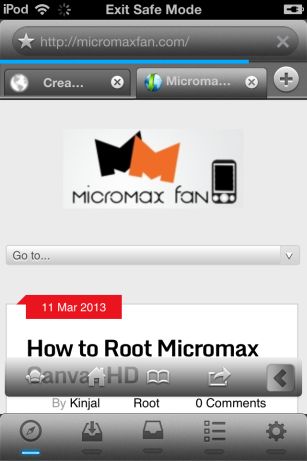 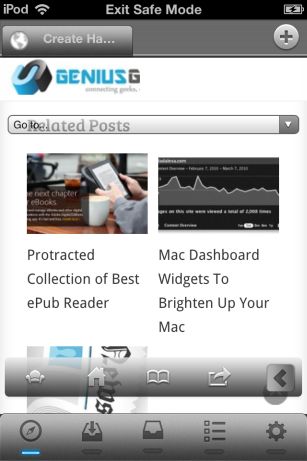 Also, it is worth to cite that, you can only open 5 tabs at a time. You can download images from a webpage by long pressing the image. Similarly, you can activate the menu for links by long pressing on it. You can open a link in a new panel (tab) or open it in the background. Fascinating indeed!!! Overall, the performance of the browser is quite good. It also opens a YouTube or other videos in the full screen mode for better viewing. The app works smoothly both in landscape and portrait mode. 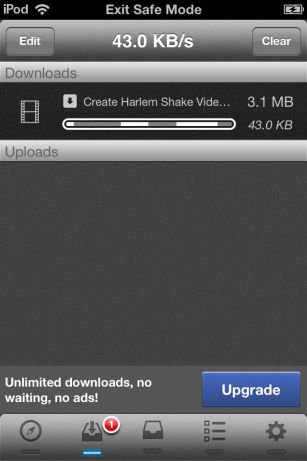 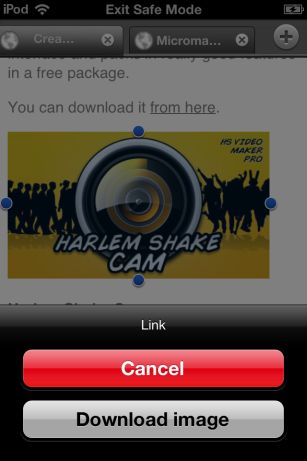 There is a separate tab for the setting, which provide the option to control the apps and downloading. Users can surf the sites in Private mode, change user agent, clear cookies, clear history, turn on/off turbo downloads and manage concurrent downloads/uploads. As of writing this article, there are 6 concurrent connections available for both downstream and upstream. 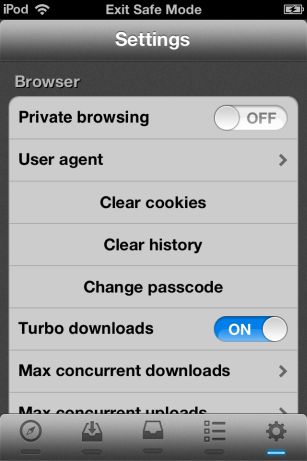 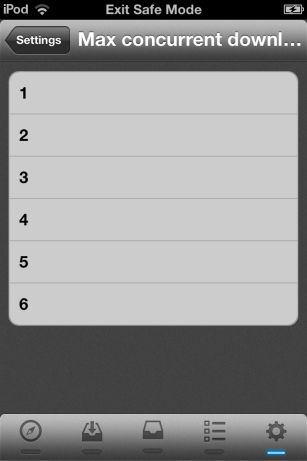 Just because we liked the application doesn’t mean it has no glitches or is absolutely perfect.  First and foremost, there is no support for torrent downloads. The other thing which surprised, or rather shocked us, is that there is no turning back while viewing the files from the app. Also the browser often turns up into full screen without displaying the Address Bar, which is quite annoying. For example, check out the screenshot of both full screen video and PDF files. We couldn’t stop the video or return back to previous files from there. Same happened with PDF browsing as well. It could be me who couldn’t figure out the way around. 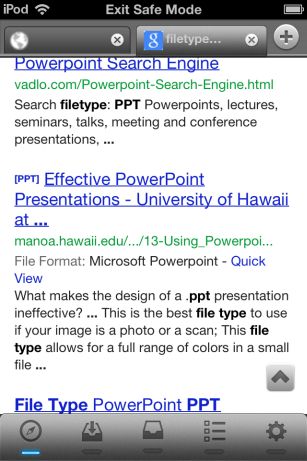 The app crashed, only once, while our testing (we spent almost 3 hours). Although, the history of browsing was intact, we found that the history of downloaded and uploaded files was deleted somehow after the crash. Not a big issue, after all. Overall, turbo downloader amerigo is a solid performer in its category. You can not ask for anything more in a download manager. Integration with Dropbox is an added bonus for those who has account on the Dropbox cloud service. There’s also a paid version available in case if you want to unlock all features.

Which iPhone download manager you believe to be deserved to be listed here? The other alternative which you can try out is iDownload Plus which is also a solid download manager that works smoothly on iPhone, iPad and iPod touch.