First the Gangnam style and then Harlem Shake made the online world to go harebrained. The crazy dance performed in both the videos had been a talk of the town (or world) from over past few months. Even, we saw a colossal increase in personal Harlem shake video being uploaded to YouTube every minute. The short 31 seconds video got everyone crazy. Would you like to create Harlem shake video on your iPhone, iPad or other iOS devices? Or I would say, would you like to be the part of this craziness? If the answer of both questions are YES, then you’re in for a treat.

Apple iOS device users have already got some pretty exciting options to choose from. Most of them offers easy to understand option to create Harlem Shake video. Later, you can post that video to your YouTube channel or some other video hosting service. This internet meme is usually performed in video format only. A group of people performs this dance with random out of the world dance moves.  Well, what are you waiting for. Become a next YouTube star by creating and uploading Harlem Shake video on your iPhone, iPad, iPod touch devices.

Following is the list of both paid and free apps available for iOS users. To start creating the video, you’re often required to make one person dance for 15 seconds , surrounding by other people who are unaware of the situation. After 15 seconds, all of them starts doing a haphazard dance. So you now you know the secret. Get yourself ready with your favorite (or not so favorite) moves.

PhoneClean to Clean Up Space on iPhone 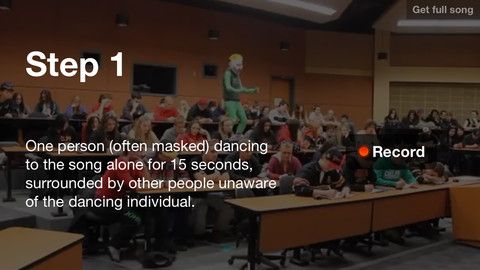 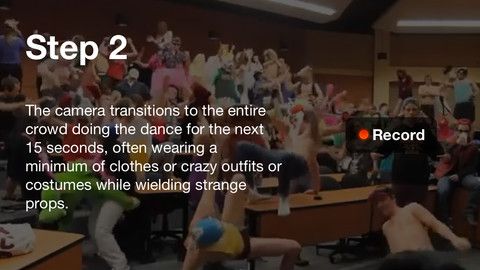 Harlem Shake Creator HD is kind of app which provides HD video support. Developed by Baulin Roman, the works well on both iPhone and iPad. Currently, save to camera roll option is not available for free. However, the developer has promised to integrate the same feature in next couple of versions. Once you are done with recording your video, the app will automatically take care of combining both videos and stitching them. Later, you can upload the video to YouTube from the same interface.

Grab the app from iTunes store. 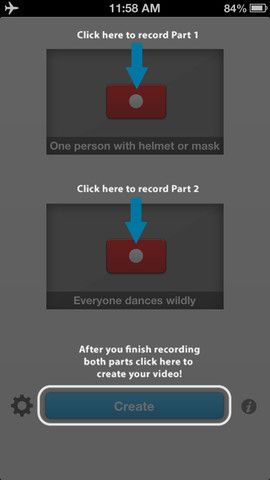 This iOS app is developed by TouchMiPhone, who is expert in developing meme iOS apps. The app has almost similar interface. It will guide you through the entire process. The first part will ask you to make one person dance with helmet or mask on. The second part should follow right after that. A create option will create the video automagically for you. You do not need to intervene or take stress to combine both videos and adjust other things. The app also removes background noise and shaky videos while processing it. The advantage of this app is that it comes with some solid features. The paid version will let you remove the annoying advertisement. The setting option offers an option to create high quality video right from your iOS device.Unfortunately, there is no option to upload your own videos.

Apart from aforementioned advantages, it can also save the video to Camera roll. There are options available to share the same on twitter, Facebook, email, message etc. The only downside about this application is that there is no option available to upload the video to YouTube. Nevertheless, the app has a pretty nice interface and packs in really good features in a free package. 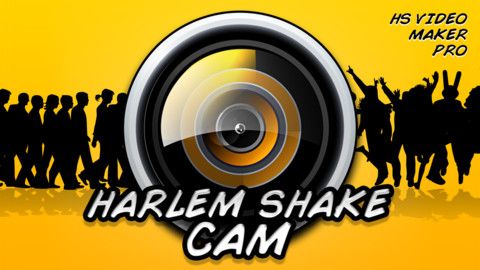 Currently, sitting at the top of the table, Harlem Shake Cam is #1 app on iTunes store. The interface of the app is pretty nice. Developer Alex Krasnov has worked really hard to provide a user friendly interface. Unfortunately, it costs you $0.99 to try out this application on your device. Similar to aforementioned apps, this app creates Harlem Shake video in just 3 simple steps. You know the drill by now, don’t you. The Harlem Shake Cam app is available for both iPhone and iPad. The video can saved on camera roll, or you can share it on YouTube, Facebook, Twitter and via email. You can also overwrite any part of the recorded video. For example, if you’re not satisfied with the first part of the vdideo then you can record it again, which will overwrite the previously recorded video.

Grab the app from this link.

Well, there are many other iOS apps available in the iTunes store which claims to provide the similar flexibility. We’ve tried around 5 apps from the store and liked the above apps only. Do let us know if you have installed some other apps and would like us to include in the list. We’ll try out the app personally and include it in the list if qualified.

Have you created Harlem Shake video on your iPhone or iPad yet? If yes, do let us know the link so we can share it with our readers here.