So far on GeniusGeeks.com, we have covered various android and iOS apps. But that doesn’t mean that we care less for other OS users. As a proof, we are now covering some of the best Samsung Bada apps for our readers. Samsung Bada is an operating system by newly crowned smartphone giant, Samsung, which can be found in the Waves series phones by Samsung. The OS has allegedly approached a slow death due to an exponential growth of Android OS, which made Samsung one of the top manufacturer of smartphone by dethroning Nokia. Abundance of apps has been developed so far for the Bada operating system. Obviously, you may not find as many apps as you would otherwise find for Android and iOS OS. We have taken enough measures to churn out some of the best Samsung Bada apps. Let’s have a look at it.

We have compiled the list of best Samsung Bada apps. They are not in any particular order, since it would be impossible for us to list them in such a manner. Finally, it comes down to the user’s interest, which may differ from our taste.

Let’s begin our journey with social networking app, shall we? Do you love to use the popular social networking site Facebook? Then you are going to love this app as well. Facebook app brings the desktop type experience on your Samsung Bada phone. Of course, the app is not as much impressive as its iOS and Android counterpart where development is at its pinnacle. But, then again, Samsung Bada is not meant to complement them. However, it does help in performing basic functions or daily routine errand. One can post status update, upload photos, can see the photos uploaded by others, can view notification and can do lots more with this amazing app on Bada. It also provides an option to chat with Facebook friends, so you do not need to download any separate application for the same. For all the Facebook addicted persons like me, this one is highly recommended and possibly the best Samsung Bada app. 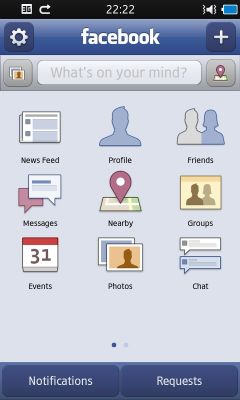 Also check out some Android apps for Samsung device owners 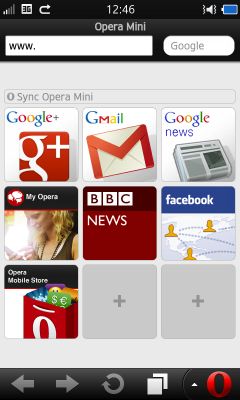 Opera mini is one of the best browser available for featured phones. Well, Opera mini is also available on Samsung’s own platform. The Opera mini mobile web browser is leading browser available in the market. It compresses the data before sending it to the users, which results in great saving in bandwidth. It claims to compress data by 90%. Besides, visually enticing interface, it offers some great features like speed dial, bookmark synchronization, visual tab, quick navigation between tabs and much more. An inbuilt search engine helps in quickly finding your desired pages from the homepage. You can also save web pages to read them later, a must have feature for featured phones. Even, Bolt browser is a good alternative (not available via marketplace though) which compresses the data immensely. They both save bandwidth, which is an ideal condition for Indian users who are running on limited data usage. 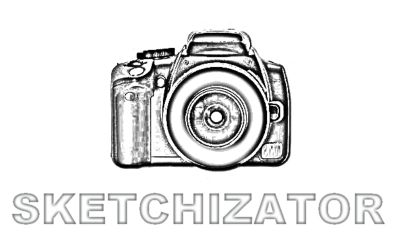 Just few hours back we posted about Instagram, an app that can apply various effects and filters to your images, which you can share with like minded people. Sketchizator brings a pencil effect to your photos. Just aim your phone at desired target and it will convert it into pencil sketch in a fraction of time. The end-result is something you will always remember. Later, you can upload those images to your Facebook or various other social networking sites. All in all, it is like an instagram app for Samsung bada with limited functionalities. The app was previously available at Rs.50 from Samsung app store, but now is available for free. Grab the app as soon as you can.

Love photography but can’t afford to have DSLR camera? Well don’t go for it as you don’t need it. You can take the same work from your Samsung Bada using the Special FX Camera app. The app is perfect for editing with your photos to make them more attractive. But, don’t let the above sentences fool you. Although, it may help you take better photographs, it can never replace DSLR camera. This, again, is a great photography app that can be a worthy alternative of Instagram. Users can choose from 15 filters to apply to your photos to fine tune it. Moreover, you can share your editing and creativity with friends on the social networking sites, from within this app. 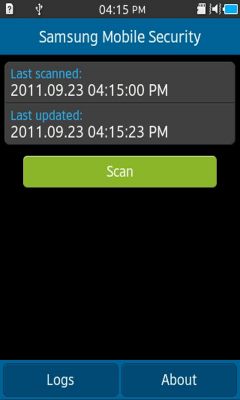 With great power comes great responsibility. Samsung Bada apps developer understands that and hence they have designed an award winning app called ‘Mobile Scan’. As the name implies, it scans your Samsung Bada mobile and protects your mobile from intruders and hackers. It scans your files and SD card for possible malware presence and consequently removes them effectively. For any Samsung mobiler, security is of extreme importance and Mobile Scan helps in boosting it. It is one of the best security app for Samsung Bada handsets. 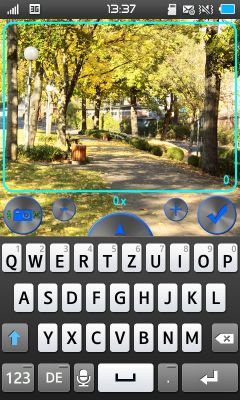 This one is my favorite and is based on a great concept. The chances of hitting obstacles in your path, while lost in the world of chatting and typing, are usually very high. Now this is not going to happen anymore after downloading this app. This app makes your screen transparent so that you can see the background while typing. The camera of your Bada phone captures the field in front of you and you can see it while typing. So that if any thing that can hit you , or is in your way, you will come to know about it and will get saved from the mishap. Don’t try this app while driving a car or vehicle. This app name is Type While Walk not Type While Drive. It is available for free in the Samsung app store. 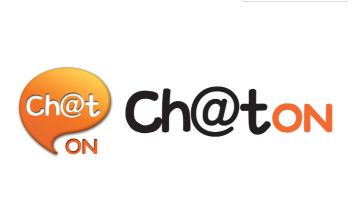 Samsung’s own flagship chatting app is on Bada OS as well. The so called ChatON app is designed to rival with iMessage and BlackBerry messenger, and honestly has done well but on the small scale. If you love to chat with your friends, then this is must have app to be installed on your Samsung Bada device. The app supports all major instant messaging services like Gtalk, Yahoo, AIM, Facebook. You can login to all the services at single instant. Chatting with friends in the lecture has never been so easy. 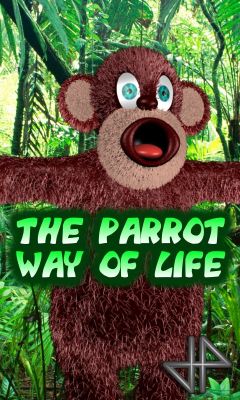 This is a fun app to enjoy an unlimited fun from your device. This app is similar to Talking Tom Cat for Android devices, expect the character to be funny and enjoy its tone of speaking. The funny monkey comes on screen jumping in from nowhere and behaves if he hears you carefully. The moment you stop speaking, mad monkey starts the tape with funny tone. Hearing your own words from the mad speaking monkey is an immensely fun. This is my all time favorite past time app, which I enjoy to the core when I get bored. You can set the rate at which the monkey speaks. This feature adds up more in your fun. 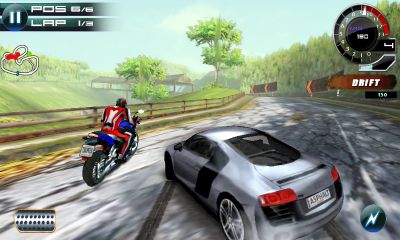 Asphalt 5 needs no introduction, does it? Baked from the factory of the game power house,  Gameloft, Asphalt is one of the most popular racing game out there on multi platforms. In fact, we did cover Asphalt game app multiple time a little while ago. The recent game is Asphalt 7, but is not made available to Bada platform. The game will inspire an uncontrollable adrenaline rush in your body during game play. It’s arguable the best Samsung Bada app out there. As a hardcore racing addict, you will have to race against other competitors and hostile police. Bang them hard, nail them and win your race for the ultimate price. Asphalt 6 HD  version is also available, but it costs Rs. 420 INR. 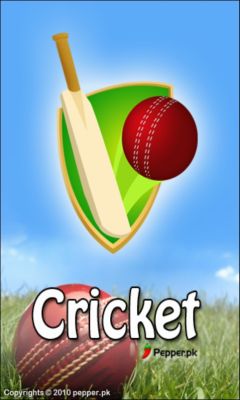 Indians are a fan of cricket and they worship cricketers like god. Well, the same can hold true for Football game as well, but you will find more cricket fans than Football fans. The CricketWorldChampion Samsung Bada app will let you relive the championship moment which we enjoyed little over a year ago. With Twenty20 world cup right around the corner, you will definitely love to enjoy this game on Samsung Bada phones. The game will allow you to enjoy shortest version of the game. Enjoy yourself as a part of an elite world cup team and rattle opponents stumps and hit the ball hard to win the match. After all, you’re a part of the world champion team. The game also provides hints during the gameplay to score more. You can select your own team, opponents clash in the title match.

The list seems to be getting longer, so we decide to stop here before you loose your interest. Now, what are you waiting for? These are arguably the best Samsung Bada apps out there. Go and give these apps a whirl now.