We, adults and kids included, all enjoy games on our PC and mobile handsets. Games account for the largest revenue in mobile and PC segment. There are abundance of games available in the market that can be played alone, and many gives you a chance to prove superiority over your friends. Cross-platform games are a new buzzword, and we’re are here to cover some of the best Android multiplayer games that one can enjoy with friends. It is always said that games are always more fun when played with friends. The concept of 18th-19th century games, where friends used to hang out together and play different games, have now come back in different form. Mobile multiplayer games have started rearing its head in the marketplace and they’re getting good response as well. 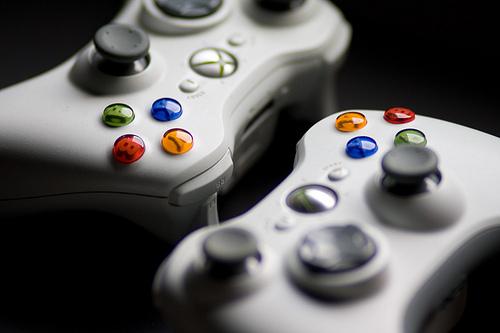 In reality, most of the games are multiplayer games only, where you can either play against a computer / program or humans. We intend to include games that can be played with other friends or foes. Here’s a quick roundup of some of the most downloaded Android multiplayer games. Meanwhile, you can check out some of the best best hd multiplayer games and in 3D, which we have compiled especially for our Android readers. That doesn’t mean, we don’t love iOS games. We have also provided a roundup of best iPhone 3D games as well.

The list is in no particular order of popularity of the game. Following are some of the best Android multiplayer games in HD. Some of the games are quite old and might not be available in few countries. In a very near future, we shall update the list. 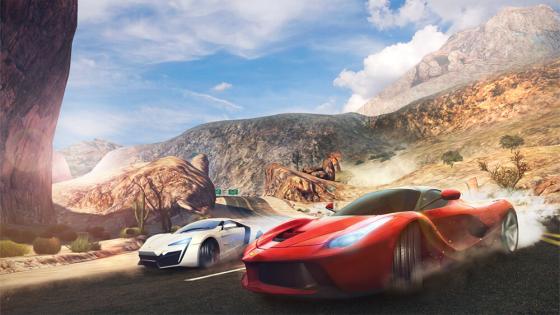 Whenever we think of multiplayer games for Android, the first name that strikes our mind is one of the most popular racing games of android by Gameloft—the asphalt series. Even, our previous list speaks for our soft corner towards Gameloft games. The racing game lovers must be aware of Asphalt 7: Heat. This multiplayer android could be played along with 5 of your friends. The game boasts to have one of the best racing tracks, wheels, cars and, of course, the graphics. The game is available in HD and offers a matchmaking option to find a suitable opponent for you. The new version of Asphalt series game has also been launched back in 2016. There is also a nice collection of best racing games for Android in case if you are looking for games similar to Asphalt.

Asphalt 8: Airborne is as popular as the previous version. It is said that Gameloft is also making the next iteration of the car racing games. It rightly deserves to be crowned as a best Android multiplayer games award.

Here is an exclusive video of Asphalt 7: Heat to give you a sneak peek of the game.

With so many options available to exercise our body, Scrabble is the true instrument (game) to exercise our mind. Unfortunately, for people like me Scrabble has always been an acid test, which I always failed in. For kids and adults alike, Scrabble is a nice fun game and gives an excellent opportunity to improve vocabulary. The cross-platform game can be played along with other device users as well as against the computer. It also gives an opportunity to play 50 games simultaneously. You can even challenge your Facebook friends. The game is available on all major mobile platforms. This crossword game is available for free from the Google Play store.

Including the most popular MMO game—the Order & Chaos — in the list is inevitable. The most popular 3D MMO game by Gameloft could be played with thousands of online players. The game is, however, costly and subscription starts from $0.99 per month. Users can design their own hero characters. There are thousands of skills and equipment waiting for you to explore them. The next version promises to bring an option to play against iOS users as well. The game is backed up by Gameloft, so there is no complaining about the graphics and game controls. Of course, you are required to have an active internet connection, possibly with unlimited data plan to enjoy the game without getting billed heftily by your carrier.

Note: Please read the system requirement for this game. The game is graphics intensive and needs higher resources. It is one of the top notch Android multiplayer games by Gameloft.

The biggest memory hogger game on the android platform is Modern Combat 3. The game requires around 1.37 GB of storage. Once again, this is the multiplayer android game by none other than the game factory Gameloft. The game could be played with 12 other players. The immersive real wall experience and scene will leave a lasting long effect on your mind. It has one of the most memorable game play and background sound effect. It brings the PC like experience on your palm. It is arguable the best first person shooter (FPS) game available on Google Play store. Users can play 13 different missions to witness the live battle on their Android handset.

Find out more about Modern Combat 3 from here

UniWar HD has won several awards including ‘2011 best multiplayer android game’ award. It is one of the best strategy game out there. With 21 missions, 3000+ maps and participation of up to 8 players, UniWar is no doubt one of the best android strategy game. It gives you weapons and necessary raw materials to build your own army and defend them against opponents. The game is available on iOS platform as well, and users can play with iOS friend as well. Needless to say that the game is in HD. It has stellar graphics and great background play to keep you glued to your device. There is also an option to play 20 games simultaneously, isn’t it truly amazing?

If designing a great strategy is your cup of tea, then put your skills to the test using this multiplayer android strategy game. Grab it Play Store.

Guerrilla Bob THD (Tegra optimized HD version) comes with a mix of humour and arse-kicking weaponry. The best part of the game is its stellar graphics and lengthy intriguing gameplay. This cross-platform multiplayer android game has garnered critical acclaims, including one of the most anticipated iPhone game of the year award. This version is for Tegra powered devices only. The rest of the Android device owners could also try Guerrilla Bob instead of THD version. Bob can unlock huge arsenal of weaponry by earning more points. The game is a nice time waster and keeps you glued to it with timely humour and awesome gameplay moments.

Let’s take a quick look at some of the best android multiplayer games available for free on the Google play store.

Enter the all new Gun Bros free version. With high end 3D graphics and waves of T.O.O.L enemies, the games get only interesting after each and every level. Men like guns and powerful behemoth weapons. The premises of Gun bros come with streams of high-end weapons and big mouth guns. You need to use this weaponry to your advantage to take these repugnant space bullies or T.O.O.L down. The game is pretty fun and demands an extreme concentration to fight against a perennial army of space bullies.

When it comes to free MMO RPG android game, Pocket Legends come to the top of the list. The fantasy based game is one of the world’s largest mobile MMO games. There are different characters to choose from. Characters like bear, hawk, or an elf could choose to save the world of Altera from zombies, Crocs and aliens. There are literally thousands of weapons, items and gears available to choose from. You can unite with your friend to play this game. The storyline will keep your interests intact throughout the game.  During the gameplay, you will be also able to unlock new achievements and skills, which you can use in successive levels.

Much like Scrabble, Chess has a whole different community of followers. The game requires lots of concentration and needs specialized skills. You have to pit yourself against the world. It will also serve as a good platform to show your skill to the world. But make no mistake, you will get fierce competition since there are plenty of experienced users around the community. This cross-platform will give you the chance to play against Android, iOS and online members. Game chat, history and time sensitive game play will make the game more interesting. If you want to hone your chess playing skills, then this is an ideal game for you. For chess lovers, Flyordie.com also serves as a good platform.

Wouldn’t you be surprised, if you wake up next day morning and find yourself as an immortal vampire? Well, here is your chance to play as a Vampire and put an end to all surprise. As an immortal Vampire, you will be fighting every bit of your body to defend the world against werewolves, demons and warlocks. The massively popular Vampire adventure game is available on the Android platform, too. This 3D MMORPG game could change your life completely. You will have to fight against the evil supernatural power of enemies. Play with other Vampires to save your race from being extinct. There are a whole different set of skills, speed and other combat techniques use to survive against the supernatural power or to completely vanquish them. 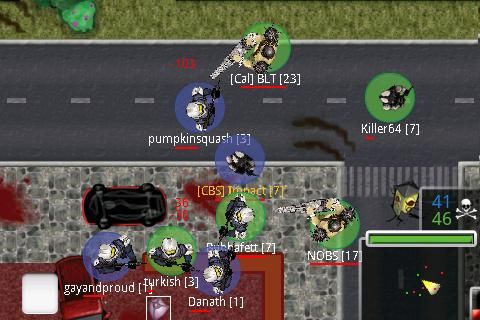 ProjectINF is a first ever multiplayer shooting game for android device owners. Up to 24 players can participate in the game. The game provides multiple characters to choose from. It is an MMORPG genre game with great sound effect and gameplay. You may not find this multiplayer android game as enticing as previous games, but it has follower of its own. Even, it lacks behind other games in terms of stunning HD graphics, but still serves as great fun. It is definitely one of the best Android multiplayer games useful for everyone. The game has been updated multiple times since its inception.

Similar to Scrabble, one can also download ‘Words with Friends’, which is equally enticing and fun. There are a plethora of apps available in the Google Play store, but these are some of the best Android multiplayer games available. We’ve intentionally skipped some of the Gameloft games since they have been already featured dozens of times on Geniusgeeks. It is also not possible to justify each and every game. In a near future, our plan is to expand the list to 25 Android multiple games so gaming fans can enjoy these games without a headache.

Have we missed any of your favorite android games on our list? Feel free to suggest them via the comment section below.