There’s no explanation required to showcase the success of Pokemon Go game right after its release. Following the footsteps of Pokemon Go, Pokémon Duel has been launched as a battle game for Android & iOS users! Gaming freaks are going to love Pokemon Duel game for sure! 😀

Today, in this post, I will explain everything about Pokemon Duel battle game! Right from the features, Gameplay, how to download Pokemon Duel on your Android & iOS devices & how to battle it with your friends and online! So get ready to play the thrilling game on your iOS (iPad / iPhone) & Android smartphones! 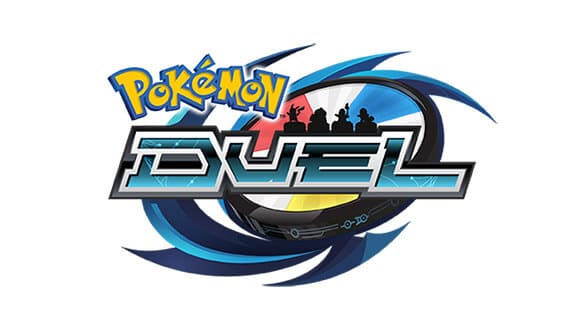 What is Pokemon Duel?

Pokémon Duel is a battling game where you need to battle with multiple players to achieve your goals (which are already set). Previously, in Pokemon Go game, it was all about collecting Pokemon in your Pokeball! But this game starts from where the Pokemon Go ends!

Pokémon Duel is already loved by many and as compared to Pokemon Go, this game is going to make gamers even crazy! 🙂 Pokemon Duel Android & Pokemon Duel iOS versions were released on 24th January 2017! The latest update was Pokemon Duel 3.0.1 which was observed on 8th February with minor bug fixes!

Overall, Pokemon Duel is a different game as compared to the other battle games available on Google Play & iTunes! Have a glimpse at some exciting features of Pokémon Duel iOS & Android game!

#1. You are free to pick your 6 Pokemon characters to get into the battle right away!

#2. Keep hustling to build a strong team with lots of Pokemon in your account.

#3. You can also buy the items from the training center if you don’t want to struggle hard. But you need to pay real money for that! 😛

#4. Other than offline mode (2 players), it’s also possible to play with multiple players online which stands as an interesting feature of the Pokemon Dual game.

#5. Once you achieve your goals, you will be rewarded with many gems, plates & Pokemon figures! 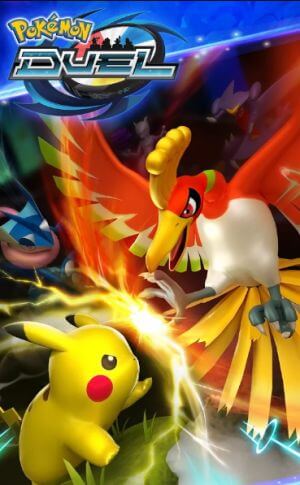 Pokemon Duel gameplay is pretty simple! All you need to do is achieve the targets set by battling with your foe that comes your way! In short, you need to stop them, battle with them & then move forward towards your target! The opponent will try the same!

So make sure that your moves/attacks are well planned and you are going to battle it down when you face your rival on the battle ground! 🙂 Once you move forward in the game by defeating your rivals, you are all set to get more powerful Pokemon into your team. This improves you as a team and now, you are all good to battle online with a team having similar powers.

It would be interesting game because till now (in offline mode), you might have played with repeated players but in the online world, nothing is predictable! In the online mode of Pokemon Duel game, you will get to see many new moves or attacks which you might haven’t thought about! You can also try all these tactics in your PC when you play Pokemon Duel PC game. Yes, you heard that right! You can now play Pokemon Duel on PC as well apart from Android & iOS devices!

So this is all about the GamePlay of Pokémon Duel game which you were eagerly waiting for! Now let’s see a detailed tutorial on Pokemon Duel download for iOS & Android devices! Let’s start with Pokemon Duel Android download section.

Get Paid Apps for Free: Download TuTuApp on Android & iOS

The Pokemon Duel download process is pretty simple as Pokemon Go download thing! So let’s not wait anymore, here’s the detailed guide on how to download Pokemon Duel on Android smartphones & tablets for free!

#1. The first thing you need is a working internet connection 😛

#4. Wait for the official result to appear. Once the result appears, click on install button and agree to all terms and conditions (which has in-app purchases agreement as well).

#5. Hold on for few moments till the game downloads on your Android device.

#6. Once installed, go ahead and battle with your rivals to get on top of Pokemon Duel game!

This is how you can easily download Pokémon Duel Android game on your mobile phones and tablets. Now let’s move to the tutorial of how to install Pokemon Duel iOS game on your iPhone & iPad.

There’s not much difference in the process of Pokemon Duel iOS & the above one! Just follow the below-given steps to install the game on your iPhone or iPad.

#1. Visit the iTune store from your safari browser on your iPad or iPhone.

#2. Search for Pokemon Duel game in the store.

#3. Download it and start playing it with your rivals right away!

This ends the process of Pokemon Duel iOS download section.

Besides this, if you want to download any kind APKs from unknown sources, it is recommended to install Pokemon Duel APK on your Android devices only if it’s available from trusted source. There are many malware which are being spread in the form of Pokemon Duel APK, don’t fall into it and download the game from Google Play Store or iTunes store only!

So this is all about Pokémon Duel game. Let me know if you face any difficulties in downloading or installing the game on your Android/iOS devices!

“Don’t fight a battle if you don’t gain anything by winning, ” said Erwin Rommel. So hit it hard and rule the Pokemon Duel game right now!