Ever since Microsoft has announced the Windows 11 release date, everyone is eagerly waiting to upgrade their existing Windows version with it. Windows 10 users will be eligible for a free upgrade starting 2022.

With the commitment of providing attractive features, business-specific apps, and allowing the Android apps, Windows 11 has gained immense popularity. Hence the announcement of this extraordinary operating system of Microsoft, Windows 11, has become the talk of the town. Let’s take a look at the detailed information about Windows 11 starting with the rollout date.

Finally, the wait is over. Microsoft had officially announced that Windows 11 will release on October 5, 2021.

Well, this was already predicted. Microsoft had earlier published documentation on June 24, which mentioned that Windows 11 would be released at ‘Holiday 2021,’ and it clearly indicates that the release date will be around October 2021. And this eventually turned out to be correct.

There were a plethora of rumors as well as facts that were prevailing about the question of when is Windows 11 coming out? As there was no official announcement of a particular rollout date and initial release date before. Nevertheless, the expected release date had been announced by Microsoft. Everyone was expecting to have Windows 11 release date before the end of this year and it’s finally happening.

On June 24, 2021, Microsoft had initiated sending invitations for the media event, where Windows 11 was officially announced.  After the event, the most asked question was when will Windows 11 be released? As exact Windows 11 official release date was not indicated or declared. And from that day people have been waiting for the official announcement of Windows 11. However, finally, now we have an official release date, 5th October 2021.

Windows 11 will come with exciting and attractive features. Even these features have made Windows users impatient. Let’s talk about a few of them.

One of the most noticeable and praised visual changes is the Taskbar. You will see the start menu is shifted at the center of the taskbar along with new amazing animated icons, which makes it exciting. This is one unique change Windows has made till now. 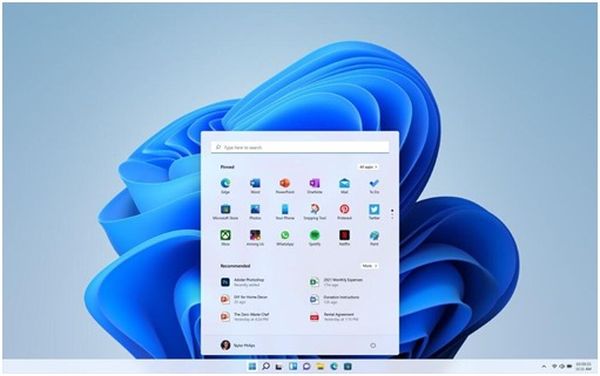 Moreover, various needful apps are pinned in the “Start” and also one “Recommended section” is provided, where recently opened files are visible.

Apart from Taskbar, and Start menu, the Quick Settings section, and Notifications have also been altered, as far as the design is concerned. Notification Panel can be opened by just opening the Date and Time section, which can be found at the bottom-right corner of the taskbar.

At the left-bottom new panel has been added for widgets, which is just at the right side of the search option. You can open it by simply pressing the “WIN+W” keys on the keyboard. 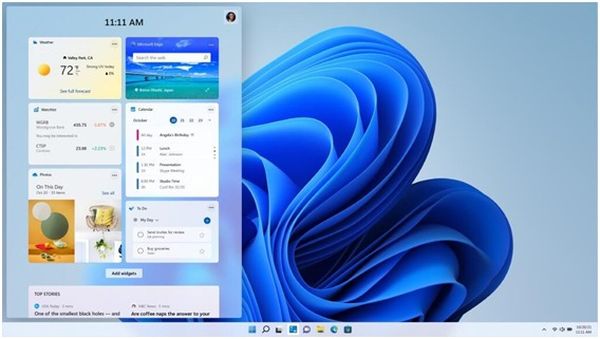 This section of Windows 11 features basic but important things such as weather, calendar, latest news, To-do tasks, and many more. You will be able to add, remove, arrange, and customize as per their choice and comfort.

This change is the most essential and useful change in the new system. The main motto behind this feature is to boost your productivity. 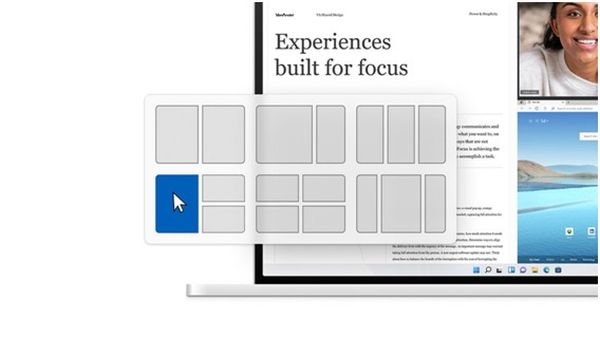 To enhance the multitasking experience of the users three exclusive things are provided: Snap layout, Snap Group, and Virtual Desktop. This will help you to work on more than one application at the same point in time. You can utilize snap layouts just by hovering the mouse over the maximize button.

You can shift from one app to another, or generate a new Virtual desktop by using “WIN+Tab” keys on your Windows 11 PC.

Windows 11 will come with a lot of exciting applications in the Microsoft store. Not only design is changed but certain applications are also added. 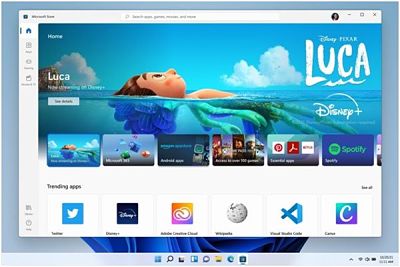 Along with UWP apps and games, various applications of different genres are also included, such as Java apps, Xamarin apps, PWAs, and Android apps.

If you are a game-lover but struggling with the installation process of popular Android games such as Super Mario, Brawl stars, and Pokémon Go on your existing Windows PC, be rest assured, you will not face any difficulties as you can now use any Android app on your Windows 11 PC or laptop.

Though, there are lots of top video calling apps for Android are available, but you will not have to depend on other third-party apps for communication. As, Microsoft has integrated their well-known application Microsoft Teams in the Taskbar, by means of this you can interact effortlessly with your colleagues, classmates, and friends by different modes such as via chat, video calls, and voice calls. 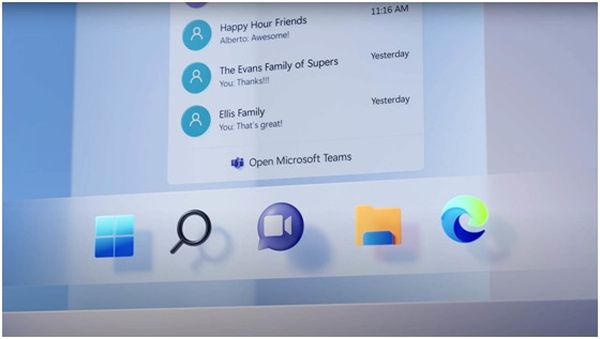 Moreover, during the COVID-19 pandemic, when the work-from-home situation was going on, at that time this application has assisted employees as well as students to a large extent. Thus, everyone is aware of every feature of this app.

To install Windows 11 on your laptop or PC, you’ll need to meet the following minimum system requirements.

To install Windows 11, you will need a 1GHz dual-core processor, 64GB of storage, and 4GB of RAM. Moreover, DirectX 12 compatible graphics and Trusted Platform Module (TPM) version 2.0 are required too.

However, take note that Windows 11 is only compatible with Intel 8th generation and AMD Zen-2 processors. Furthermore, Microsoft has stated that TPM 2.0 chips would be required for Windows 11.

Microsoft has made every effort to satisfy our expectations with the new version of Windows.  On the release date of Windows 11, we can expect that the new exclusive features of it will preserve our time and energy. By making certain tedious and time taking processes straightforward and convenient. All in all, we will have an unprecedented operating system soon. Make sure you keep an eye on our dedicated Windows page to get the latest updates on Windows 11.

Apurva is a technophile. His inquisitiveness and passion for technology have made him to explore the new technologies and their hacks, so everyone can utilize this boon efficiently. Blogging has always been exciting for him to share his perspectives with others.