Brawl Stars, the latest game by Supercell, mostly known for their previous game Clash of Clans. This new mobile multiplayer game is all about combat. Players will battle each other in Brawl Stars PC using their little characters who are also called Brawlers. This new multiplayer game was revealed via a youtube video where the developers were seen playing the pre-beta version of the game.

Although, the game isn’t officially available for PC & Mac users, I have a detailed guide through which you can easily download Brawl Stars PC & Mac without any hassles. But before you go through the detailed procedure of installing Brawl Stars on PC, let’s first have a look at some amazing features & astonishing gameplay! Here you with Brawl Stars for PC features first and then gameplay to continue! 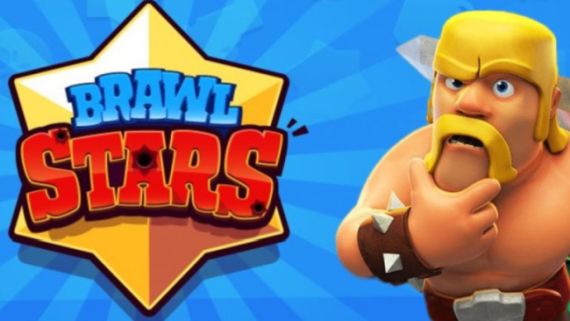 Features of Brawl Stars for PC

In this epic game, Brawl Stars PC download; the players will fight each other in various game modes. The game is set in a mine. Their objectives will be to collect crystals, take out enemies and protect their supply. In the latest news, many experts say that Supercell might be looking to market Brawl Stars as a mobile sports games that come complete with live commentary.

The features of the game shown in the video tournament were of the pre-beta version. So, it might not be surprising to find changes in the features of the final game. The company will do a soft launch in Canada and then will release the final game worldwide. What we know of Brawl Stars for PC is very less when compared to what we might find in the final release.

Reports from trusted sources suggest that this free-to-play game of Brawl Stars for PC allows players to purchase items in the app. However, the nature of these items might remain a mystery. Since there are gems, coins, and elixir involved in the game. Players might be able to purchase gems, coins, and elixir with which they can play, defeat their opponents and unlock many new brawlers with better features. 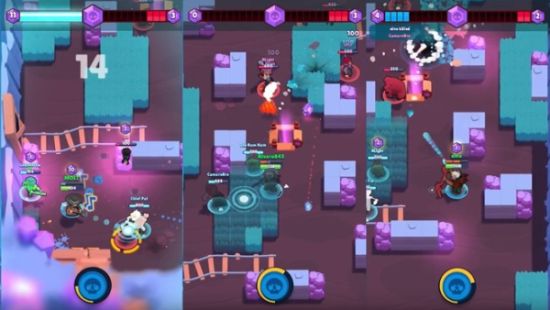 The stunning visuals in Brawl Stars for PC are as powerful and captivating as the previous Supercell Games. The game has a complete MOBA-like experience. The game features four main gameplay modes namely Smash n Grab, Bounty, Heist, and Showdown. The shrinking map feature in the gameplay mode makes it feel as though it was a Bomberman game.

Smash n Grab is a mixture of Capture the Flag and Sector domination given the players have to collect ten gems from the mine located at the center of the map. Not only do they have to collect but they also have to hold onto the gems. With each team trying to do this, battles are fought.

Bounty requires the players to collect stars by eliminating their opponents. The team which has the maximum number of stars at the end of game wins. Heist has a time frame in which the teams have to try and crack open the safe of their opponents while also defending their own safety.

The ultimate gameplay mode is Showdown, in which ten players wage an epic battle in a shrinking arena to become the ultimate brawler. The brawlers can be upgraded by collecting coins, chips, and elixir. The gameplay of Brawl Stars iOS & Android is similar to Brawl Stars PC gameplay.

How to Download Brawl Stars for PC using BlueStacks

There had always been an uproar regarding the usage of Android apps on PC. I assure you that the PC is the best way to have a unique gaming experience. All you have to do is follow this step by step guide to download your own version of Brawl Stars for PC.

Before you begin the procedure, ensure that your PC meets the minimum system requirements.

Step By Step Guide to Install Brawl Stars on PC

1) Download the Android Emulator, BlueStacks Brawl Stars on your PC. Bluestacks is the best Android emulator on the market. You can download Bluestacks from their official website, or you can visit the link here.

3) Once Bluestacks Brawl Stars PC download has finished downloading, then locate the file on your PC.

4) Open Bluestacks Brawl Stars for PC with Bluestacks, and it will start the installation process.

5) You can now enjoy Bluestacks Brawl Stars PC download by opening it in the app drawer.

The Android emulators on the web are quite varied from one another. However, the best ones are BlueStacks and Nox App Player. If for any reason you don’t prefer BlueStacks or if you already have Nox installed on your PC, then you can follow this guide to download Brawl Stars for PC using Nox.

1) Find Brawl Stars for PC download on the web but ensure that the file you’re downloading is genuine and that it meets your system’s minimum requirements.

2) After you download Brawl Stars PC, find the file on your PC and open it using Nox App Player.

3) Another alternative method is to open Nox App Player and search for the app.

4) You can start downloading the app directly from the app player.

The step by step guide to download Brawl Stars for Mac is very similar to the one given above.

1) Download BlueStacks or Nox App Player on Mac, whichever you feel you are comfortable with.

3) Locate the file on your Mac and then open it using BlueStacks.

4) The alternative method is to open Bluestacks and search for Brawl Stars PC.

5) You can find the app in your app drawer once you finish downloading Brawl Stars for Mac.

Supercell has given the world of gaming two extraordinary games and the future of Brawl Stars looks very promising. If you ever get stuck anywhere in the game, you can always look for Brawl Stars hacks and cheats on my website here.

Be the ultimate Brawler!