Debian has recently released their new version named Debian Bullseye which took developers 2 years, 1 month, and 9 days for testing and development. Debian 11 is bundled with many exciting upgrades if you want to upgrade Debian 10 to 11, you can follow this guide.

But before going into the procedure of how to update Debian 10, we would like to share some reasons why you should update your Debian 10 to 11.

If you are getting a new version of Debian, you should update as per our opinion as Debian uses software and tools that are quite behind the latest release so it gives us chance to use bit newer packages, which won’t be the latest but quite newer than Debian 10.

Below is the given list of updated packages in Debian 11 compared to Debian 10:

The above software is just the tip of the iceberg and the reason why we mentioned them is they are one of the most used tools on Debian. The majority of them can be directly downloaded from Debian’s repository and you are required to update from Debian 10 to 11 to use what Debian 11 has to offer.

A total of 42,821 packages were updated and 5,434 packages remained unchanged so if these reasons are enough for you to update from Debian 10 to 11, let’s start our process for upgradation.

Upgrading from Debian 10 to 11

We highly suggest you backup your important files as things might get wrong and crash in between the process of upgradation. You are required to have an active internet connection to follow the given steps.

Once you are ready, you can start the process by following the given steps:

After updating repositories, let’s update packages (if any) by the following command:

GCC stands for GNU Compiler Collection which is a collection of open-source compilers and libraries that supports C, C++, Objective-C, Fortran, Ada, Go, and D programming languages. As we are going to install new packages, having GCC for compilation is essential.

To install GCC, use the following command:

Hit Enter when you are asked with file size for GCC installation and it will start installing GCC.

You can not just upgrade from Debian 10 to 11 using sudo apt upgrade as it will only update packages that are in Debian 10’s default repository. To download and install Debian 11, we are required to add specific repositories.

As we want to make changes to the configuration file, open it with the following command:

And it will open the configuration file as below:

Now, you will have to add the following repositories in the recently opened configuration file:

Once you are done with inserting repositories, you will have to use CTRL + O to save changes and CTRL + X to close the configuration file.

As you can see 1300+ packages can be updated. To update them, use the following command:

It will give you the size of packages and the number of packages. Hit Enter or “y + Enter” to start the process of upgradation.

You will be given News about app-list changes

Hit Enter multiple times till you see “press q to quit”. Press q and it will start the process of updation again.

You will be given notice for configuring the list of services.

Press ESC as we want to make things easy to understand and want to accept defaults. It will open another prompt asking whether we want to restart services during package upgrades without asking or not. As we are going with defaults, select Yes and hit Enter.

It will complete the process of downloading new packages and installing them without any intervention from the user.

Once we are done with updating repositories and downloading newer packages, now it’s time to boot into our newly installed system. Yes Debian 11 is installed and now we can easily boot into it by using the following command:

The first thing that you will notice is the new version of GRUB is installed. 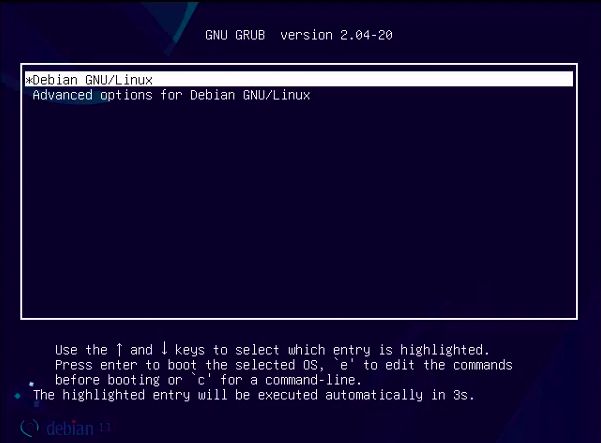 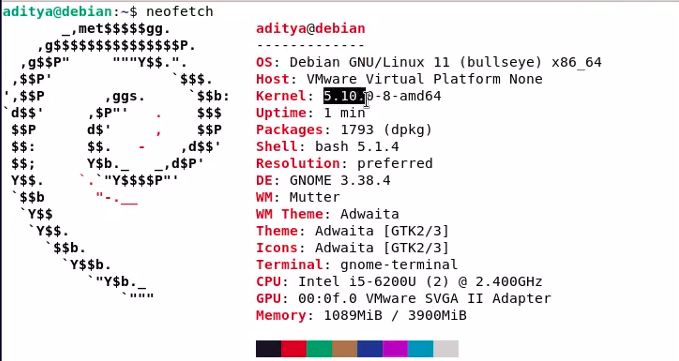 As you can see, Kernel and Debian are upgraded without any errors.

Is it safe to upgrade Debian?

Yes, installing the new version of Debian has never been considered a risk. But if you want extra safety, you can backup your data to avoid unknown failures and crashes.

Can you upgrade Debian?

Once the new version of Debian is released you can easily upgrade it without any issues.

Yes, Each iteration of the Debian release is rock-solid you do not have to worry about its stability as stability is the primary focus of this project and is considered the most stable Linux distribution.

As Debian 11 has been recently released and we recommend you to upgrade Debian 10 to 11 as it is bundled with new packages. By following the given guide, you can easily upgrade to Debian 11.