Open-source drivers for Nvidia have been working great with the support of a huge community but if you want to get the most out of your Graphics Card, you will need to have a proprietary driver installed on your Debian.

In today’s tutorial, we are going to walk you through how you can install Nvidia drivers on Debian Machine to get you a great visual experience and Rendering.

It is not a lengthy process and can be done easily if you just follow the given steps without any errors. For your convenience, we have also provided screenshots of each step.

The default Repositories of Debian do not contain any proprietary packages. So we are required to enable non-free and contrib repositories so that we can easily download and install Nvidia proprietary drivers.

Open Software & Updates tool by searching it in the App menu

Click on the close button. You will get a new prompt saying The information about available software is out-of-date. Click on Reload button.

You have successfully added repositories to your System.

There are several versions of Nvidia Drivers available on the internet which apply to different hardware. To get drives meant for our specific hardware, we are required to use a tool called nvidia-detect

After installing nvidia-detect, we can easily get Nvidia drivers which are meant for our hardware and we can easily download them without any complex process involved.

As you can see, it has suggested downloading a package called nvidia-driver. When we use nvidia-detect, it scans our system and gets us the most compatible Nvidia driver available to us. So we can download that package without any worries and will work for sure.

You may get a different package suggested by nvidia-detect, so use the given command by changing nvidia-detect to your specific package.

Once the downloading has been completed, you are required to Reboot your System to active the changes which we have just made to our System.

After installing the required packages and Rebooting, you will get a Software named NVIDIA X Server Settings in your App menu. Search Nvidia in your App menu and open the most appropriate result.

You will get the following output. You can tweak Nvidia settings from this tool. 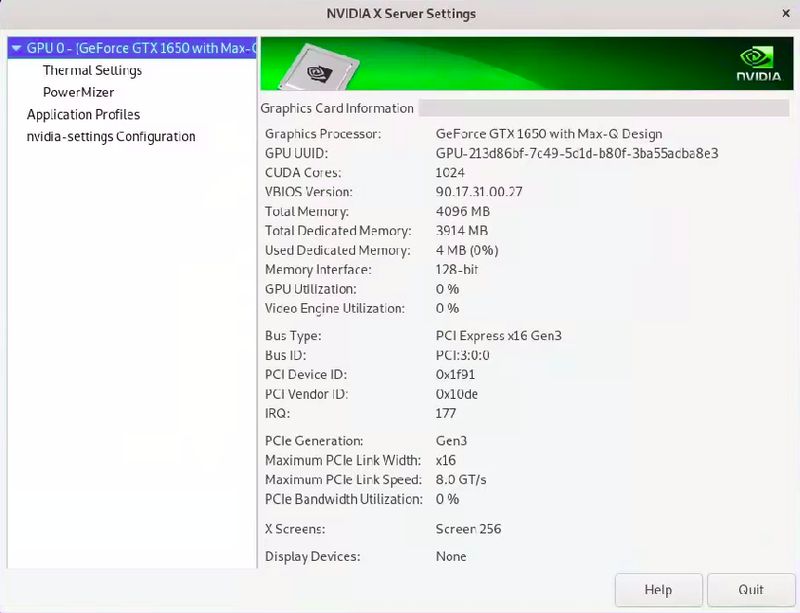 You can experience a great Rendering and visual boost after installing Nvidia drivers on Debian 11. You can also select between many modes including Performance mode which enables you a great visual experience.