Installing Debian packages is one of the easiest parts of using Linux but when we talk about the uninstallation process, things are quite rough on this side as you get multiple options to remove packages such as dpkg to uninstall packages, purging, and GUI facilities too.

So we are going to show you an in-depth tutorial on how you can use each tool available to use for uninstalling Debian packages with multiple choices and options. So lets’ start our process by getting a list of installed packages.

We are going to use the dpkg –list command to show all the installed packages. This is an essential step because often we don’t know the full name of the package that we want to remove and using the wrong name, we get an error saying “Unable to locate package“

But if you know the exact name of the package, you can skip this step.

Open your Terminal and use the following command to list all the installed packages:

Scroll down and you will find your desired package which you want to remove. In our case it’s TeamViewer. We will be using the same package for all the removal demonstrations. 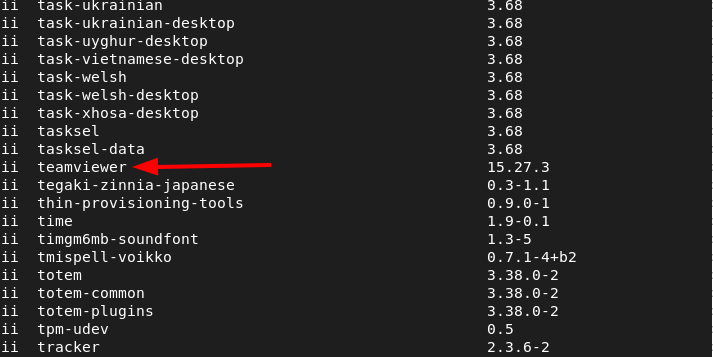 You can remove packages using apt-get but you will have to use some parameters which we are going to discuss further. As we are required to remove packages, we will be using two parameters “remove” and “–purge”.

Use the following command to remove required packages using apt-get:

As you can see, it asks our permission to remove TeamViewer but if you want to automate this process that won’t ask for your password, you can use -y at the end of the command.

If you want to uninstall packages without using “remove” parameters, you can easily do it by just using the ” –purge” parameter. This will remove binaries and configuration files related to our desired package, in our case it’s TeamViewer.

You can follow the given command to use only the “–remove” parameter.

There is another where we only use remove which will only delete packages keeping configuration files and data. If you are someone who wants to remove only package keeping files safe, you can follow the given command:

We can easily remove packages using the following command where we have just interchanged apt-get with dpkg:

You can also use -r instead of –remove as they are both the same. It will look similar to the following command:

But you can easily overcome all the issues which you might be facing due to broken packages by given commands:

This command will remove the old cache of programs that are older than the current version installed and also remove unnecessary files including dependencies that are no longer required.

This command will fix all the broken dependencies and will correct package corruption problems.

This command will solve the remaining problems.

According to many users apt and apt-get are the same but they are not. They may work in similar ways with the similar syntax but still, they are different from their core. For example, we can list all the installed software such as we have previously done with dpkg.

Use the following command to list installed packages using apt:

To remove the package without including its configuration files and dependencies, use the following command:

If you want to remove binaries, configuration files, data, and dependencies, use the following command:

It would ask for your permission and you can remove this part similarly we have done previously by adding -y at the end of the command. 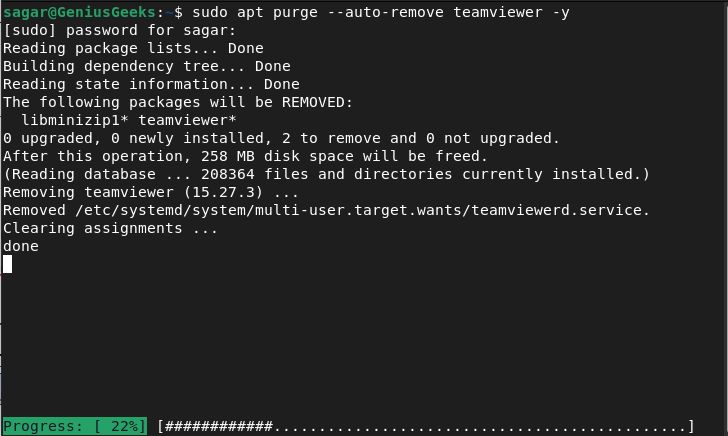 Yes, you can remove packages using GUI which won’t involve any complex tasks. We are going to show you two ways by which you can remove installed packages from Debian-based distributions. So let’s start our process with the easiest one.

This method can be only applicable if you have installed any software and does not apply to all Debian packages such as libraries and dependencies.

Click on Installed and scroll down till you find your desired package that you want to remove. Once you find that package, click on remove

This is considered the best tool to manage your applications using GUI. Unlike the software center, where you can not remove dependencies, you can easily remove them using Synaptic. In Debian it is pre-installed but if you have removed it, you can install it by the given command:

Once you install Synaptic, click on Activities and type Synaptic. Hit Enter on the first result and it will open Synaptic.

Click on the Search button and type the desired package that you want to remove. Hit Enter and it will show similar results.

We have to locate the installed package which will have green color filled in the checkbox. Right-click on the package and select the option named “Mark for complete removal“. 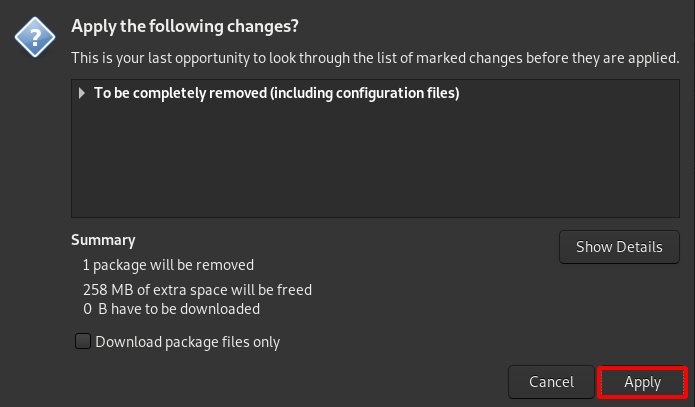 It will show you the process of package removal.

How do I uninstall a program on Debian?

How do I purge a Debian package?

There is a specific way to purge a Debian package that will remove configuration files and binaries related to the package. Use this command to purge a package from Debian: sudo apt purge <package name>

How do I completely remove a package in Linux?

Which method do you prefer the most for package removal?

There are multiple ways by which you can uninstall packages from Debian such as package uninstallation using dpkg, apt-get, apt, and GUI. So we included everything by which you can benefit the most from the package removal process.