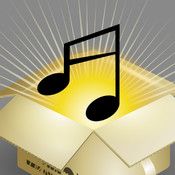 Imagine yourself in a dire situation where you want to stream music stored on Dropbox to iPhone and iPad. Don’t be surprised if the same question goes through your mind. Cloud services have been a rage lately. With many new entrants venturing into this field, Cloud service has become an overcrowded field. But there are still two prominent players in this space, which makes cloud service much more fun—Google drive and Dropbox.

Google drive which also took over Google docs is one of the most preferred cloud service to manage documents and files on the go. On the other hand, Dropbox has been a darling of the users from quite a long time. Perhaps, Dropbox was the first popular cloud service which inspired big players like Google, Microsoft to jump into this field. Having praised them, Dropbox goes one step ahead by integrating security features like 2-step verification to make the service more secure and fun. There are a tremendous amount of third-party services available which makes using Dropbox more mirth. In this post, we’re more interested in a third-party app that helps in streaming music from Dropbox to iPhone, iPad and iPod touch iOS devices. Previously mentioned Turbo Downloader Amerigo for iPhone also helps in uploading and streaming audio, video from Dropbox.

How to Stream Music From Dropbox

Dropbox is not only the place to store documents but also music and movies. Ignoring the imposed bandwidth limit, Dropbox can be used as a personal storage device on the cloud. It can be used to view documents on different devices, host websites content, backup WordPress, backup emails and lot many things. As said before, we’re only interested in learning to stream music from Dropbox to iPad, iPod touch and iPad.

There are many iOS apps that can provide the similar functionality. But we’re interested in the app that does it elegantly. 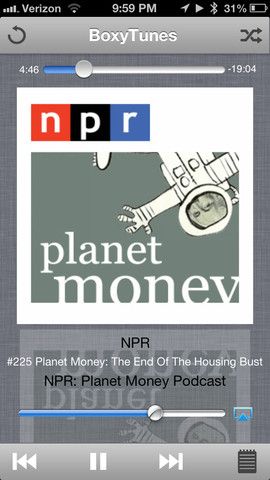 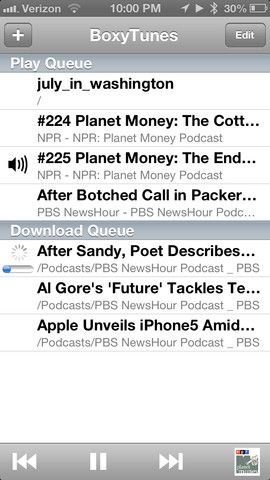 BoxyTunes for iOS is available in iTunes store at $1.99. It works well on all iOS devices– iPhone, iPod touch, iPad, running on iOS 4.3 or later. BoxyTunes calls itself as a first ever full-fledged cloud player that supports a myriad of options. Let’s jump to the features list to see what we have in the box for us.

BoxyTunes has an eye pleasing interface. The support for AirPlay lets you not only stream music but you can also use other AirPlay supported device to play the music. The songs are downloaded to your device so you can play them using Airplane mode as well. This not only makes darn easy for users to play the music stored on Dropbox account, but it also stores them simultaneously on your device, which can be used later point of time. Those who are a bit skeptic can download the files from the iOS device to save the space.

Unfortunately, not many music and video formats are supported. They are limited to the support by iOS only supported formats.  However, there are many other options available like to create your playlist, play/pause songs, add songs in queue makes it a good music player. The music can be controlled through in-app controllers, lock screen music controller and multitask bar. Surprisingly, they are updating their paid version, but haven’t updated free version since 2011. This makes their free version useless as it displays “This app uses an old version of the API and cannot accept new users.” In other terms, you’ve no other option but to buy this app.

Overall, BoxyTunes does its job pretty well and that to stream music from Dropbox account to iPhone, iPad other other iOS devices