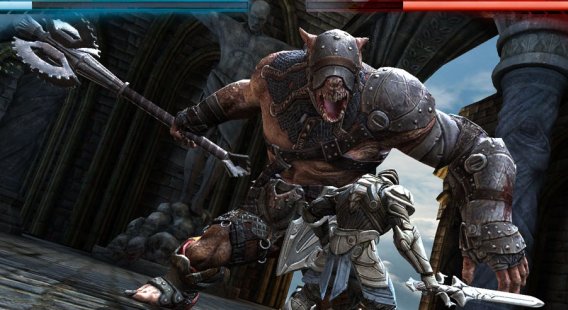 The smartphone segment is experiencing a groundbreaking revolution which PCs had experienced couple of year back. Even a 3D technology has debuted on mobile platform bringing 3D content including games at your fingertips. This has lured people like me into buying 3D capable device like HTC EVO 3D to taste the nerve wrecking and blood sucking 3D games. It wouldn’t be exaggerated if I say that smartphone industry is going through best phase of revolution. The caprice of mobile segment is that people witnessing smartphone manufacturer’s fight for number of cores it carries as well as number of unique features it has to offer. All such madness was triggered by the introduction of iPhone by Apple back in 2008.

Since then Apple has ruled the smartphone market by unleashing tons of new features years after years, which users never even thought of in their wildest dream. However, the open source platform Android quickly started catching up Apple in sales by imitating its features and UI. The one department in which Android still can not beat Apple and its developer is games and app. Apple developers have achieved immaculate advancement in apps and games. Apple has particular been very nitpicking in approving games and apps submitted to their iTunes store. Unlike android, there are loads of quality games available on iOS platform. The same could also be said about 3D games for iPhone, iPad and iPod touch.

Let me warn you!!! Some of the 3D games for iPhone are so addictive that you won’t even realize how many days you’ve spent playing it. This is why we asked you to make sure you’ve plenty of spare time before you give them a whirl. In case if you’ve missed, check out our collection of android 3D games (both Paid and free versions are included in the list).

Fanatics of racing game would love to get their hands on 3D racing game for iPhone, iPod touch and iPad. The game is developed by most popular game developer i.e. Gameloft. Even in android marketplace Gameloft seems to rocking at the top of the chart with unique 3D and HD games that no other developers can compete with. Asphalt 6: Adrenaline will increase the adrenaline rush in your vein during your car chasing adventure in game. There are 42 most expensive cars and bikes available from most popular vehicles manufacturer which you can try out personally, albeit virtually. 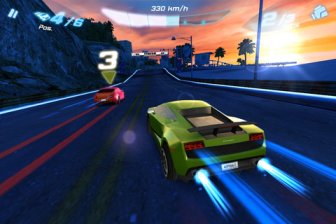 Users will also experience a virtual ride of popular cities like L.A, Tokyo, Bahamas and more through this game. It is available at $0.99 on iTunes store which is cheapest amongst the paid racing game genre. For racing lovers, Asphalt is a must have game on their iOS device.

Real racing 2 is yet another popular paid racing game available on Apple’s  iTunes store. Developed by Firemint, real racing 2 has received rave reviews and is one of the top selling car racing game. This 3D game lets you wreck mayhem on streets by allowing you to try 30 officially licensed cars. It offers 10 hours of intense game play. It is enjoyed best when played on HDTV through AirPlay. The game is empowered by Mint3D engine which gives you industry’s best graphics experience. By winning previous level you are entitled to upgrade your car with more accessories or allowed to change your vehicle completely. The game integrates 15 beautiful locations to ensure that you get maximum fun. You can play the latest version as Real Racing 2 isn’t available on the App Store any more! 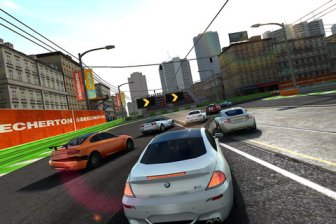 Fast five is an official game of the popular Fast Five movie. Users will have to play a character of Brian O’Conner who finds himself on a wrong side of the law. Once again this is an exciting car racing game which definitely impress you wish mesmerizing graphics and adrenaline- pumping background music. As a Brian you can wreck havoc and unleash hell upon cops in fierce racing battle. The game supports multiplayer game mode. You can also customize your vehicle or tune it up for the maximum performance. Similar to the aforementioned games, you will have a chance to visit different streets virtually where you will be escaping from federal agents. 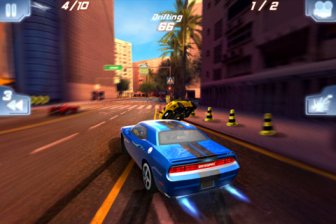 Well, if you’re among those who don’t like to be confined to single track, then Uber Racer 3D is for you. Unlike any other previous racing games, instead of providing heaps of cars and bikes, uber racer gives you a somewhat limited choice. However, the fun begins when you land on the track or lack of it. From already available 15 cars, buggies and truck you can choose anyone to begin your race with. The stunning graphics and background music will almost mistaken you for competing on the real field. There are 10 unique environments, 31 race days, 4 race mode any many other uber cool options in this 3D game for iPhone, iPad and iPod touch.  Of course, there are no girls to distract your attention. All you have to worry about is an endless car race. 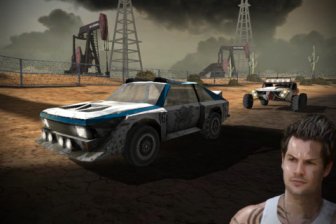 Max Payne will surprise you with its awesome slow motion, nail biting and jaw dropping shooting heroics. Available on almost all major gaming platforms, Max Payne is definitely the best shooter 3D game available on iOS platform. The latest version supports resolutionary iPhone 4S and the new iPad. As a Max Payne, a cop who framed for murder, you have to fight through the odds to get revenge of your slaughtered family. The slow motion shooting scene will give you a real life shooting experience. It epitomizes the shooting experience. It comes with heaps of weapons and shooting actions that will shiver your whole body in an anticipation of what’s next in your way. 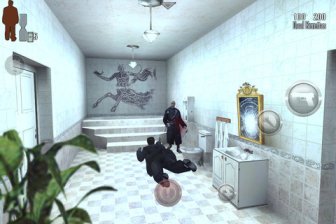 N.O.V.A, developed by Gameloft, is a sci-fi FPS game. When it comes to first person shooting game, N.O.V.A is simply an obvious choice for hard-core game addicts like me. The game controls are extremely smooth and epic battle scene will succumb you. There are large number of futuristic weapons and powers to chose from in your combat against the enemies. It has 10 multiplayer maps which can be played along with 10 other players. It becomes more intense when you involve with other like-minded players in an online combat through game center. However, the true essence of the game is realized with its 12 hostile chapters and 3 special power which helps so much in your mission. It brings console like epic experience on the small handheld devices. Unfortunately, it costs dearly, but price should not be a bar for any serious gamers as it is worth every single penny. 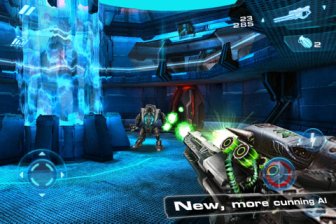 Have you ever experienced a real war? In modern combat 3, the enemies bring real war at your home. As a soldier you have to fight your way through to defeat the odds in your way. In the war enticed game, you’ll be taken from L.A to Pakistan in 13 fiercely competitive battle. It offers battle for upto 12 players making it most immersive real war game. It also offers 6 exclusive maps, 7 different modes and 13-mission campaigns. During the mission users will have a chance to try out some of the real weapons that our soldiers are using in the battlefield. Of course, thrilling close combat and sniper rifle will never fail to impress you. Overall, the game is one of the most realistic war game available as a FPS game on iTunes store at reasonable price. As Modern combat 3 isn’t available, you can play Modern Combat 4: Zero Hour. 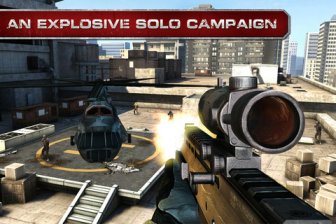 ‘Infinity Blade’ must be a familiar name among hard-core game addicts. It has won 2011 Apple design award along with plenty of other awards. It is powered by Unreal Engine 3 technology. It will take you back to the old age where guns and other high end weapons are scarce. You have to rely upon on your skills, swords and few other basic weapons to fight the battle against the dark. You’ve to free your people from the ruthless clutches of dark god. The controls of the games are buttery smooth, but the most impressive feature of the game has to be its graphics. In your journey which is destined to a ruthless battle against the dark lord, you’ll have to collect different weapons and magic powers in your way. Weaponry includes swords, shields, helmets, armor, and magic rings. This thrilling nerve wrecking game will stun you with awesome 3D graphics and environment. 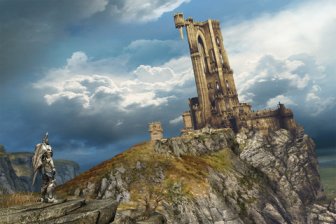 Chaos Ring is an RPG game from the makers of Final Fantasy game. The game features amazingly smooth 3D graphics. You have to fight against other opponent. It offers hours of gameplay. In a brief battle users would have to find hidden bosses, secret weapons and other magical powers. All in all, the game offers stunning graphics with impressive background music. Unfortunately, the game hasn’t been updated from quite a long time. The only downside about the game is its high price tag which makes it a difficult for people like me. At a whopping $12.99 price tag one can get a better RPG game from iTunes store. Chaos Ring II is also available from iTunes store at $17.99 price tag which offers more weapons and gameplay.

Have you tried any other pixel crunching 3D graphics game on your iPhone or iPad? Which is your favorite 3D game on iOS and why? We would love to hear your opinion too.