Reliance Jio Pokemon Go: Pokemon Go has unarguably been the most trending video game of 2016 that has been launched across the world. However, the game even after being available in India for the first few days has again restricted the usage in few countries and India is one of them. The craze that started in July is finally to arrive in our country after hours of waiting.

Even though the frenzy is a bit low now, the Niantic Inc, developer of the augmented reality game has collaborated with the Reliance Jio to make this happen. The game will be available on the Google Play Store from Wednesday with the Pokemon Go Release Date in India on 14th December 2016 as a part of the – Reliance Jio Pokemon Go partnership. 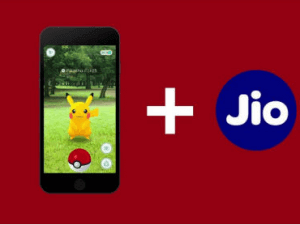 The Pokemon Go in India had created a huge curb of waves across the country when it was launched in July and took the gaming world by storm irrespective of age and gender. The game has bagged many milestones and 500 million downloads on the App stores is one of them.

When asked about the launch of Pokemon Go APK India, John Hanke; the Founder and the Chief Executive Officer of Niantic said, “We are extremely delighted to start the partnership with Reliance Jio and launch the Pokemon Go India Download. It has been exciting to see the Indian Pokemon fans to come out of their nests and explore the neighborhoods as a part of the game and with the introduction of Reliance Jio 4G LTE’s high-speed, the game can be played without any disruptions and hassles.”

One more interesting feature about this partnership of Jio Pokemon Go India is the inclusion of the Pokemon Go Channel in the JioChat, the social messaging app of the Reliance Jio. Through this, the Pokemon Go players can interact, socialize, groom, exchange several trips, tricks and possible location of the Pokemon with other players in order to fight against each other, catch more Pokemon, train them and reach next level faster. 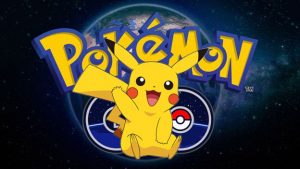 “The Pokemon Go Channel will enable Pokemon Go players to collaborate and be part of an exciting community of players with daily Pokemon Go tips and tricks, contests, clues, and special events,” the company said.

Reliance Jio has also announced that as a part of the offer including the New Year which exists till the month of March, they are offering free data to the users and therefore, one can download and play Pokemon Go without any data charges.

The Niantic.Inc, on the other hand, is going to release a major update in the month of December where 100 ultra new Pokemon would be added to the game along with the Pokemon trading option (the most awaited feature) between the Pokemon Go players. Also, the update will enable the players to raise all kinds of Pokemon soon after they are hatched from different eggs.

After its release in July, Pokemon Go has topped the gaming app charts and has been ranked as the top game on the Play Store and other app stores. The success was extreme that at a peak time, it was used even more than the big giant Facebook, Instagram, and the Snapchat. 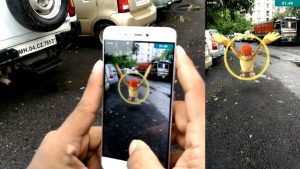 Therefore, the news of Reliance Jio Pokemon Go launched in India is nothing less than a boon to the Pokemon Go lovers in India who has been dying to play this game officially, for a while now. Mike Quigley, the co-founder of Niantic.Inc along with John Hanke has stated that the Pokemon of Pokemon Go will be available based on the area of the user. For example, if a user is near the sea; they might come across water Pokemon.

With the Jio Pokemon Go APK India being released in India, it is yet unknown about the type of rare Pokemon that can be found in the country. Niantic.Inc is also looking forward to organizing events across the world where people from different regions can get together and trade their Pokemon. The game also has gyms as the battlegrounds for the same Pokemon where users can compete and get rewarded.

So here’s how you can easily download Jio Pokemon Go in India.

No matter what’s the result at the end but one thing is for sure that Reliance Digital Stores are now going to get a huge amount of traffic driving towards their stores to get their desired Pokemon in their Pokeballs.

And if you want to even make it easy and want to hack Pokemon Go in India, simply follow these Pokemon Go tips and tricks so that you can hack the Jio Pokemon Go game without any hassles!