Leapdroid for PC is basically an android emulator which allows you to play Android games and use Android apps on your Windows PC or even Mac book. Before getting into the Leapdroid download process, firstly let me give you a brief idea about what is an android emulator.

Leapdroid is an android software development kit that includes a mobile device emulator that is a virtual mobile device that runs on your PC. In short, it is an android virtual device. It lets you prototype, develop and test Android applications without using a physical device. You can play Asphalt Xtreme, Dream Leauge Soccer, Clash Royale, Super Mario Run and lots more games using Leapdroid emulator on your PC or Mac.

You might be well aware that Android emulation is a growing market and there are many emulators releasing every now and then. One of the recently released best Android emulators was Nox App Player but now it seems to be disliked by many after not updating Pokemon Go in its software. An emulator enhances the working experience as the platform is transferred to a larger screen. And Leapdroid Android Emulator is one among the leading competitors in this field today. But if you are an avid fan of Xbox games and want those games to be played on PC, then you are sure to love the Xbox 360 Emulator on your PCs 😀 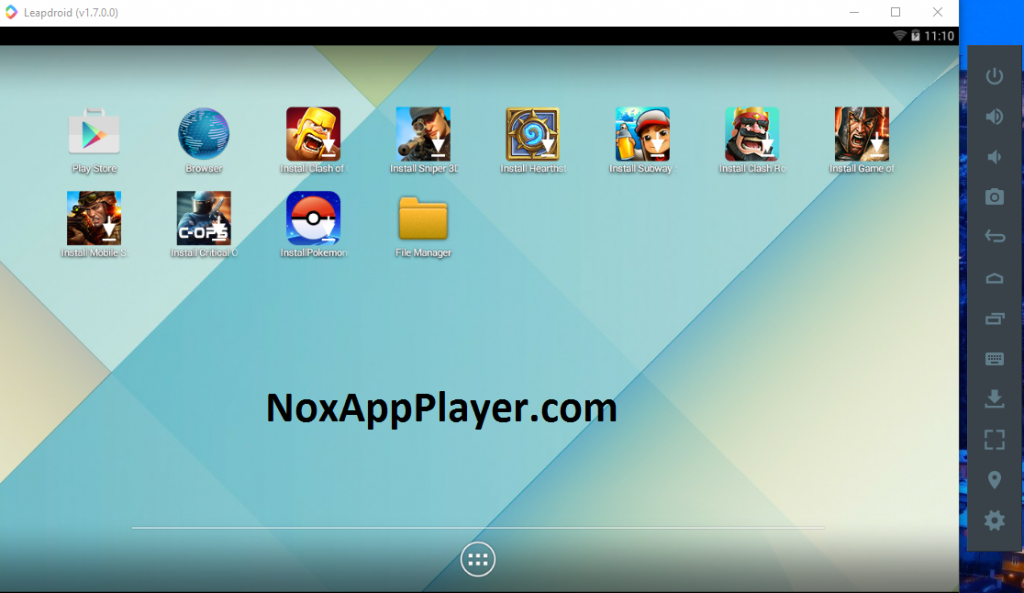 Leapdroid emulator seems to the finest in the business today! The interface is pretty simple to use and the home screen looks clean and neat.  As compared to other emulators installation process is painless.

So this is all about the features of LeapDroid emulator. Now let’s have a look at the review so that you can get a clear idea whether to use it or not! Here you go! 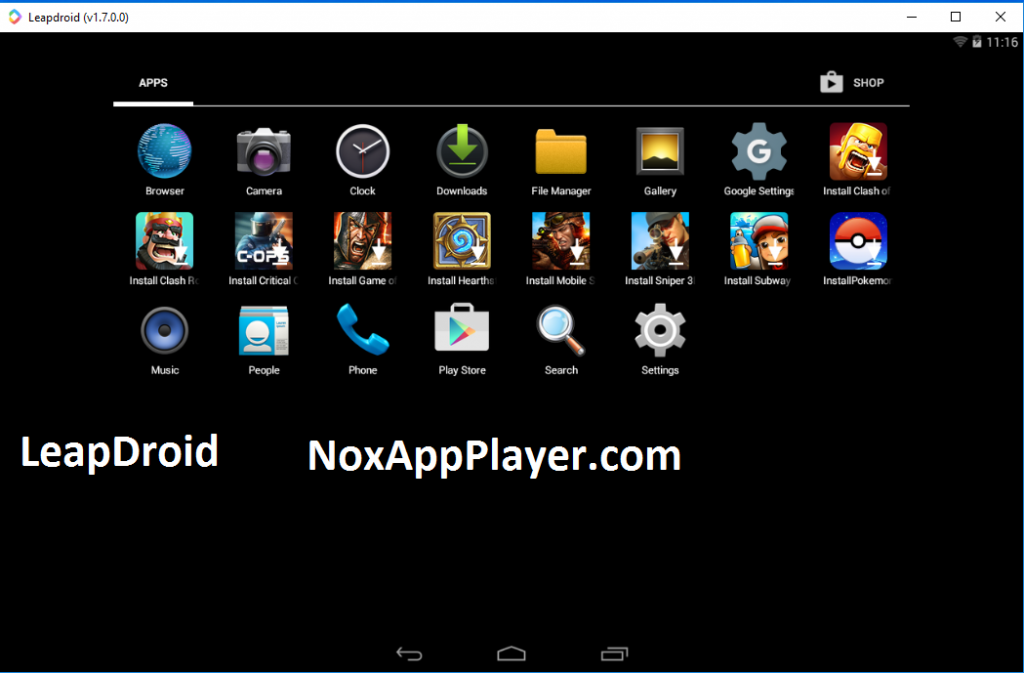 It comes with a simple UI based on Kitkat launcher. You will get the feeling as if you are using the Kitkat version of Android on your desktop on installing this Android Emulator. The overall navigation is similar to other emualators. But to hang on with this Android emulator, it might take some time to settle down. Once you get used to it, I am sure you will love to use this on your Windows PC or Laptop.

There are lot more exciting features in Leapdroid emulator that will surely make you fall in love with it! The navigation is simple and the keyboard controls seem to be fine as compared to Bluestacks and Nox Emulator. Overall, if you ask me to review Leapdroid Android emulator for Windows 7,8,10, I would definitely give the rating of 9/10. I haven’t given it 10 because Pokemon Go isn’t working in Leapdroid.

At the end, I can say, it’s worth giving a try if you are looking for a revamped version of an Android emulator available today! Do here’s you to complete Leapdroid download for Windows process.

When you open the emulator for the first time a splash screen appears followed by the standard Android home screen.

You can find a toolbar with some buttons on the right side of window. Buttons provided are the standard home, recent apps, back buttons along with volume up and volume down button along with buttons for the purpose of taking screen shots, easy installing of apks, full screen button.

It uses Android 4.4.4 Kitkat. The first thing to be done after installing is done is to start installing all of your required apps. You can try Google Allo on LeapDroid too. 🙂

All in all, it’s a great emulator. All its functioning work well and even if you want to uninstall it the procedure is clean which not something very common in the competing emulators. Experience would be comparatively bug-free keeping aside few hitches, and the performance relatively far better than expected.

Some issues may although appear especially with respect to the camera but compared to the competition list of cons is shorter and relatively minor. It’s completely different as compared to Bluestacks Android emulator.

Leapdroid is free to use till now and also does not occupy a lot of space even. The system requirements are low and can be easily met with. I would suggest download Leapdroid as definitely worth a shot if your priorities are gaming and productivity as well.