iPhone, the revolutionary smartphone from leviathan Apple, although has been a darling of users from day one, suffers badly from storage issue. With Android devices coming out in substantially high amount with better internal storage and processor, Apple is under a potential threat. Many Apple fanatics feel contained as far as memory concerns. Moreover, Apple has always been accused of charging way higher than it should be. For example, the price difference between 16GB and 32GB devices are wide which forces the user to stick to the lower price model. But is there any way to increase iPhone storage without making a big dent in the pocket? Luckily, there are many expandable memory storage devices which are here to help you. Not to brush aside, cloud storage services which can help you in a big way. Do you remember the service which we mentioned a while back that lets you stream music from Dropbox to your iOS device?  Even, they help by letting you stream music from Dropbox, so you can save extra space by not storing music on your iOS device. 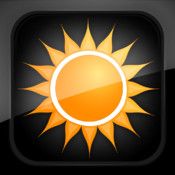 The graphics intensive HD games on iOS sometime take more than a GB space on your device. Now, imagine yourself storing around 5-10 such games on your iOS device. Where would you place music files, iTunes apps, Cydia apps, movies, TV episodes and other stuff? In such situation, external storage device can not only increase the iPhone storage but also helps in many other errands. A normal user may not feel need of it, but the power user and game addicts will certainly feel the need of such third party accessories. Paying ~$100 extra for 16GB doesn’t sound like a good decision to many, and believe me it isn’t. Had Apple invested in making a microSD slot in iPhone, such situations would have been tackled so easily. Not to worry though. We have provided a best collection expandable memory device for iOS device that can increase iPhone storage considerably.

Users can expand iPhone memory in two ways– external drive or cloud service. External drives are somewhat expensive, but are easy to access. On the other hand cloud service is although cheaper needs a constant internal connection. There is yet another solution which requires you to set up a client-server relationship. The same solution has been mentioned at the bottom of the post. 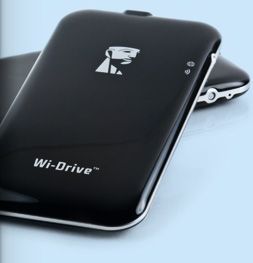 The ubercool Wi-Drive by Kingston is one of the most famous arsenal available in the market that can help you to extend the memory of your device. Not only iOS device owners, but even Android and Kindle Fire owners can take full advantage of this device. So if you are a smartphone addict who loves to have both iOS and Android device, then you’ve got a nice choice in Kingston Wi-Drive. With a small amount, you can add up to 128GB of extra storage to your iPhone, iPad and iPod touch. You can store photo, stream music/video and do much more with it simultaneously. The data can be shared with up to 3 users simultaneously. Engadget has provided a detailed review of the same if you are keen to learn more about Kingston Wi-Drive. That said, Kingston Wi-Drive is a more preferred option. Also, it supports iPhone 5 and latest version of iPad as well.

AirStash is a wireless flash drive that can expand the storage capacity of your iOS device to 32GB more or up to 2TB with SDXC upgrade. With 7:00 hours of continuous power supply, AirStash is a full-fledged bare knuckle Wi-Fi storage device for iOS, Android, Kindle Fire and Windows Phone devices. Unfortunately, it comes with non-replaceable recharge battery. Charging via USB is possible which is an extra bonus. In a nutshell, you can use it as a USB based storage device as well as Wi-Fi storage device, too.  You can use as a USB drive for your PC and as a WiFi storage device for iPhone, Android, Kindle Fire and Windows Phone. If you happen to own all the devices, then AirStash is an ideal solution for you. You can read documents, stream music and other media and do much more with AirStash. You can also play multiple files simultaneously. 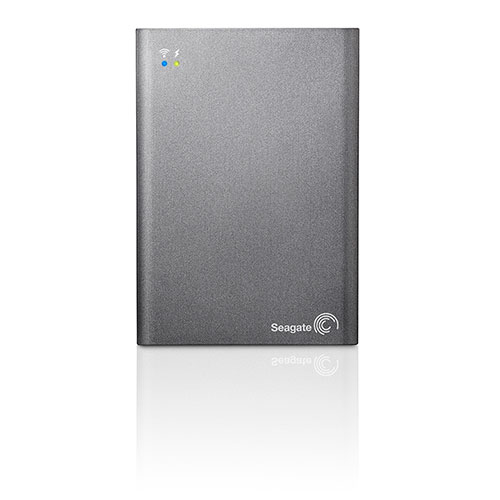 The new Seagate Wireless Plus brings more comfort to the table. With the Wireless plus, you can carry over 500+ movies or thousands of songs and photos.  The device is a successor GoFlex Satellite which also offered a solid solution to the users. Similar to predecessor, it allows streaming of 3 different movies simultaneously on three different devices. The device is available at $199 with 1TB of data storage. It’s AirPlay friendly device which brings more comfort ad special care of iOS devices. The device can also be used as a wireless hotspot with a capacity to share connection up to 8 devices. Adding more to the long feature list, it can also work with DLNA-certified game consoles, smart TV and media players. Isn’t it amazing?

All the above devices come with a price tag of $100 or above. Why would you want to spend an extra dime when you have an active unlimited internet plan? In such scenario, there are plenty of useful options which can indirectly help you to increase the iPhone storage, albeit virtually. For example, you can host your music, video and document files with Dropbox and watch it over iOS devices. Similarly, Google Drive can be used to store documents in the cloud. There are many good Dropbox applications available which helps you to perform tasks more elegantly. 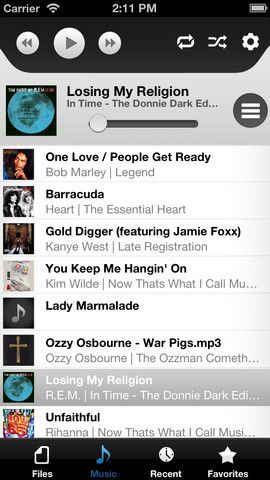 Tonido allows you to access files on your PC from iOS device. If you happen to carry a laptop with you, then Tonido app is your best buddy. TonidoPlug or Tonido Cloud will help you to achieve the same. Video streaming, video format conversion, music streaming is possible through it. The AirPlay support will let you stream video and music to Apple TV. Remotely browse local files and documents, create/manage playlist and do more using it. Overall. Tonido is again a smart choice if you do not wish to consume more space on your device by storing music, video and document files unnecessarily.

Over to Smart People…

Apple is users are always considered in the league of smart people. How have you tackled the storage issue on your device? We’d like to listen (and feature) to your ideas as well. The comment section is your place where you can explain how you managed to increase iPhone storage with either external memory or cloud based solution.