We often see many websites getting blocked by organization, and people often search for how to unblock websites blocked by IPS or organization. Recently, India’s prominent ISP providers created a huge mess when they blocked entire website instead of blocking the page. The anonymous group jumped into Indian censorship fray, taking down many government websites, along with exposing RIMs data. It also brought the dark side of ISPs to the limelight . An outrageously unorganized censorship is a big concern, and we’re here to decimate such oppressive censorship. No matter, whether the sites are blocked by ISPs or your organization, following options will help you to unblock websites giving you a hassle free access. 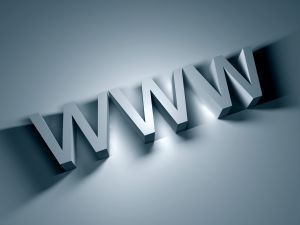 While piracy at large is a glaring issue, but curbing the entire website rather than infringed webpage is a classical case of snatching up user’s freedom. We condemn piracy, but at the same time, we also understand that piracy will exist in one or another form. It won’t be possible to curb piracy entirely, and people will have to live with this fact. Blocking an entire website will serve the purpose, but at the cost of the user’s freedom. This is why we believe that, there’s nothing wrong in unblocking websites through proxies or web browser add-ons or plugins. But that doesn’t mean the piracy is tolerated in any form. Let’s move on to explore some of the best options available to unblock websites on the internet. For YouTube lovers, we have a dedicated post that explains how to unblock YouTube video (this link). 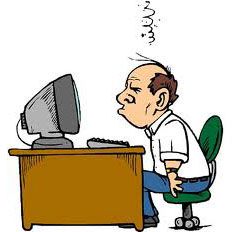 How to Unblock Websites

Since the website blocking by an ISP is very rudimentary in nature, it is very easy to bypass such restrictions. Following are some of the ways to bypass or unblock websites.

Proxies are largely used to hide trace or surfer’s IP address. In order to hide IP or traces, people use proxy addresses to mask/hide their own IP address. This way country specific or region specific imposes can be easily overcome. It also helps to surf the web anonymously to save yourself from tracking cookies. Proxies are also used for several good and malicious purposes also. There’s also a possible downside of proxies—your connection speed depends on their Internet connection speed. In case, many people are using the same proxy from multiple places, it could affect the internet speed adversely. No doubt that proxy services are the best and widely used option to unblock websites. Proxy websites also come in different flavors. People on a tight budget or looking for a temporary access can take advantage of free proxy service providers, while those who would like to use it for professional use can buy premium proxies.

This, entirely, is a different topic and could be discussed in great depth, but we will restrict ourselves to their use only. In order to unblock websites on the web, you can get hold of following free proxy service providers. Let’s hope that your ISP has not gone the extra yard ahead to block proxy sites themselves. There are thousands of new proxy providers pop every month and thousands more vanish away. It also means that you have to be resourceful to use proxies. There are millions of free proxies, or millions of ways to unblock websites, served through different free service providers listed below.

Following are some of my favorite websites

Website like Hidemyass.com offers thousands of free proxies. It is also getting updated in real-time along with other necessary data like port number, proxy speed, health etc. Such information can help users a lot to determine whether the proxy is good or not. It is one of the widely used service to unblock websites blocked by IPS or organization.

Web browsers like Firefox and Google chrome have their own web store filled with thousands of useful web apps or add-ons. Of course, you could grab a proxy from aforementioned sites and add it to your browser manually, but that’s an entirely different story. Simplicity offered by add-ons is the best reason why so many people are using them. Just search for ‘proxy add-on’ on Firefox or Google Chrome and install the appropriate add-on or web apps. Grab a fresh proxy with better connection speed from above sites with respective port numbers, feed them in the add-on and you’re good to go. It will unblock websites on the web (Hint: this is the way how many people access Hulu outside USA)

The famously known TOR (the onion router) project is one of the excellent example of how to unblock websites or surf anonymously. The only downside about TOR is that due to its nature and the way it operates, it offers a less speed. Compared to previous two options, TOR offers significantly low speed, which is undesirable but necessary evil. It surfs through multiple countries making it virtually impossible to track users down. It redirects the traffic through the volunteer network spread across the whole world. In most of the cases, TOR is smartly used to surf the web anonymously. It makes it almost impossible to track down the user’s internet activity. It could also be used to access restricted websites or unblock them.

VPN stands for Virtual Private Network, is mostly used by organizations and advanced users alike. VPNs are more secure compared to web proxies. Moreover, tracking down VPN becomes difficult. It also creates a virtual network from where you can connect to multiple connections to unblock websites connected to the network. VPNs are scarcely available in the free version, but you can use Hotspot shield as a free VPN. Compared to changing DNS, setting up a VPN is a bit difficult, however, Hotspot field makes it easy. Apart from that, XyberGhost and ProxVPN could also be used as a free alternative. Be warned!!! You may not like the free solution since they often turns out to be an ad driven project. It will throw too many ads on your screen, which might sour your web surfing experience altogether. It is thus wise to use better VPN network to unblock websites on the network.

There are several free and paid software made available to the users to quickly switch between the proxies. You can search for ‘Proxy changer’ software on Google and download it. In the software, you will be given an option to input proxy by its port and address number. You can add multiple proxies to keep changing proxies while surfing the web. Even, software like Ultrasurf can help a lot in hiding your IP address and consequently unblocks website you wish to surf. There are many other popular paid options available, but we would like to restrict ourselves to free versions only. After all, privacy shouldn’t cost money.

With alternate DNS like Google DNS or OpenDNS, you can not only surf the web faster but also unrestrictedly. Consider, DNS as your phone book with a collection of indexes or phone numbers. Whenever, you type a web address, it will send a request to the DNS server to resolve the query. Let’s not delve ourselves into technicality. In short, you’re using private DNS provided by your IPS. Instead of that, you can use several other publicly available DNS which are faster and secure. Google DNS and OpenDNS are some of the most popular free DNS options available. Even, I’m personally using OpenDNS to surf the web. It is also very easy to change the DNS address from your network option to theirs. Not only your PC, but even router can be configured to provide unrestricted access to the web. This is how you can unblock websites blocked by your ISP. The speed of OpenDNS and Google DNS are magical and you should always switch to their DNS even for casual usage.

These are some of the best ways to unblock websites instantly and surf the web without any restriction. As mentioned earlier, use these services wisely. Hope, our list has helped you to resolve your question (how to unblock websites blocked by an organization or IPS). Feel free to provide us more suggestions. We would love to know your opinions as well.