Unlike Windows counterpart, Google Reader Mac applications are scarce. Without any fuss, Google Reader could be considered as one of the intuitive and beautiful web-based RSS feed reader app, but how about its alternatives on Mac OS. With increasing use of web, RSS feeds are excellent way to keep yourself updated with latest news and information without any need of web browser. The feed reader application simply reads the feed and serves it to users in a dedicated app thus bringing news, weather and other vital information on your fingertip in a snap.

As a new kid in the Mac territory, one of the first thing I looked into App store was Google Reader clients for Mac. As a part of a daily routine, my day starts with reading popular blogs via feed reader apps. Although, Google reader has established itself as a de facto standard there is no harm trying other Mac app. In fact, some of them were notch or two ahead of standard Google app making browsing tad easy for newcomer like me.

We’re not going into details of RSS or meaning of it. In a very brief introduction, RSS (called as Really Simple Syndication) includes summarized text, images and other useful information in RSS document. It fetches the latest article, weather info from the relevant sources and present it to you in a clutter less format.

Instead of mentioning de facto web-based RSS reader let us rather concentrate on dedicated applications. The Mac applications are in no particular order of usefulness or UI. 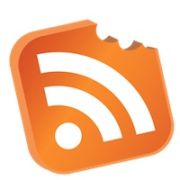 Gruml is dubbed as one of the most admirable Google Reader app for Mac OS. It always keep itself in sync with Google Reader and presents up to date information on your Mac. Gruml lets you organize feeds in folders, tags and many other efficient ways. As it keeps in sync with Google Reader, users can also post notes to their account via Gruml. Blogger and marketers would love to use it since it also allows to post articles directly to various social services like Digg, Diggo, Delicious, Evernote, Facebook, Instapaper, MySpace, Ping.fm, Posterous, Reddit. ReadItLater, Stumbleupon and Tumblr. It will also let you tweet your favorite articles without any hassle.

Support of ReadItLater and Instapaper is extremely useful since it presents the minimalistic way to the web. It RSS Reader presents minimal form then its brethren ReadItLater goes one step beyond and provides more holistic approach for reading your favorite news, articles and other info.

Gruml is distributed for free and it supports Mac OS 10.6 while Leopard version is still under making.

If you like Gruml, then there is no reason to not to fall in love with vienna. With supports of abundant services like buffer, twitter, Evernote etc. vienna makes reading feed on Mac enjoyable one. Vienna is an open source project and with over 450,000 download it boasts to get love from many Mac users. Support of tabbed browsing, social flavor, folder management, different reading layout, podcast support, filters are some of the few notable features that makes Vienna a worth Google Reader alternative on Mac OS X.

The best part is that it has been localized in different languages making it easy for non-English users as well.

Caffeinated is astonishingly beautiful Google Reader for Mac. The tagline “Beautifying Google Reader on Mac” rightly depicts its usefulness and marvelous UI. It is always in sync with your Google Reader account to serve you with the latest content. Besides, normal features it has a powerful search option which will search for your desired article throughout the application.

Caffeinated also comes with customization tools to let you change font, font size, letter spacing, line height etc to give you the best ever reading experience on your Mac. Active developers constantly strive to present new themes, plugins to the users of the community. Their plugin repository includes Facebook, Twitter, Instapaper and ReadItLater support. Instapaper support is very useful in case if you’re using Instapaper on your iOS devices.

As you might have already guessed, Caffeinated is not free, however, 15-days trial period will let you try this glorious featured rich app before you buy it inevitably. 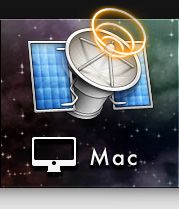 NetNewsWire also works with MarsEdit to let you entry to your weblog. Support for Instapaper, ReadItLater, delicious and twitter adds social element  to the app. It is also available on iPad and iPhone so you can enjoy reading RSS feed on your iOS device as well.

Garb it from here 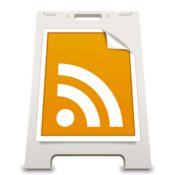 As the name implies, users can rack up the news or different feeds onto this Mac application. NewsRack is a powerful RSS and Google Reader for Mac OS X available for $7.99. Users can either synchronize it with Google account or use it as a simple RS reader. Thumbnails preview, drag-drop feature, tabbed browsing are some of the features you would want to be present in your RSS feared app on Mac. Compared to other apps mentioned earlier, it lacks social element and you’ll rather feel to try out already available decent free alternatives. It does offer keyboard friendly functionality. NewsRack is not available anymore!

Have you come across any other Google Reader Mac application that is worth mentioning here?