Most of the simple acts we do every day on our computers is copying and pasting, even if you’re new to Mac. However, this standard operation still operates in about the same way as it did back when the first Mac computers with clipboard functionality came out, even as our computers have advanced. The way copying and pasting works right now is that only one line of text can be replicated at a time.

Unfortunately, you’re out of luck if you need to copy several links from a website and paste them into another browser on your Mac. You should, though, thank the software creators who noticed this issue and developed a multitude of clipboard applications. These apps can handle several links or text that have been copied and give you options to pick from the best Clipboard managers for Mac.

CopyClip is a favorite for a lot of users when it comes to Clipboard Managers. It comes from FIPLAB, a popular developer of utility software. CopyClip, for example, does not come with fancy features.

Despite that, as never before, this basic method will increase your productivity. It combines with your Mac effortlessly, which is awesome. A large number of text-based entries can be registered, but you can determine how many entries are shown inside the GUI.

Many customization options, such as blacklisting, still exist. This way you can configure CopyClip to not record entries which are recorded by other apps. 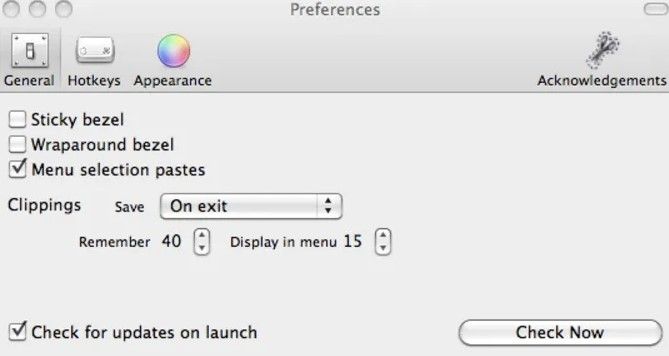 Up to 100 copies can be remembered by Jumpcut, which really should be appropriate for any average person. The app opens as a menu bar programme, and a customized hotkey combination can be used to activate the app.

Pressing the hotkey combination lets a small window open up, as one would imagine, with the contents of the last copy you made; using the arrow keys, the copied contents can be scrolled over, and letting go of the hotkey results in the shown result being immediately pasted at the cursor location.

The no-nonsense clipboard manager app that sits on the menu bar is copied and leaps into service anytime you need it. You can copy and paste the clips in simple test, original format, or various formats accessible from templates, much like the other choices on this page. Apple, iOS, and iPadOS are closely incorporated with the Copied App.

To keep the list of saved clips between devices on those three platforms, it uses iCloud sync. From your clippings, you can create multiple collections, drag and drop multiple clips together, combine and arrange them.

The app comes with a clipboard viewer that displays all the clips and you can add any or any of the text formatting. The app uses hotkeys for pasting sequences and many other things. 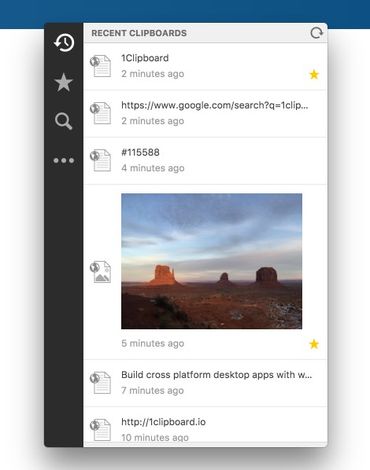 1Clipboard is an app that immediately caught the attention. Not because of some really great features, but because it looks a lot better than any of the other clipboard managers that I tried out. Sure, they got the job done, and they have the features that someone might need in a clipboard manager.

It is also important that you have a good UI/UX for everybody using the app. Today, 1Clipboard is nowhere near a “good UI/UX” level, but on this list it’s just a lot better than the other apps. It also boasts some strong characteristics.

The software uses Google Drive to synchronize the clipboard of the user between devices. Overall, it has some flaws and not the best UI/UX but it is one of the best clipboard managers for Mac.

Flycut has a very similar resemblance to Jumpcut. The UI, the (almost) choice pane, and even the pop-up window look exactly the same as that of Jumpcut. Flycut, though, comes with its own enhancements on the products from Jumpcut.

While it can only accommodate up to 100 copies, it can only view up to 40 of the new user-made copies. Flycut has the possibility of deleting duplicate copies automatically. This is incredibly helpful as it means that you don’t end up with numerous copies of the same data, particularly to paste it later if you copy a lot of items in one go.

Flycut also has the option of changing the height of the pop-up window that opens as you go through all the material you copied using the hotkey button. The app does not allow copying photos but covers it up in its excellent interface and other usage and hence it is one of the best clipboard manager for Mac.

Another handy clipboard manager that helps you to use clips with customizable shortcuts and auto-favoring. One of the coolest aspects about Copy ‘Em app is that it provides an interactive screenshot feature that can be used as a fast note-taker.

The pinboard, of course, will contain all kinds of material, ranging from text to photographs. This app provides everything, from capturing your clips to handling the way you want. Copy’ Em is a heaven for those who enjoy keyboard shortcuts and don’t mind using any of them on MacOS.

Initially, you can fail a little, but then you will make the most of its capability. The users have reported that they have enjoyed using this and if you are finding the best clipboard manager for Mac, this is certainly one of the top contenders. 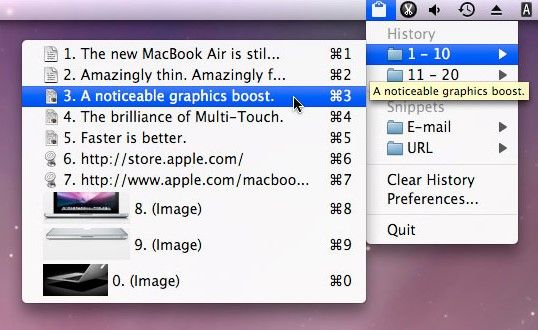 ClipMenu can recall any amount of things that you want it to do.  You should change this setting in your ClipMenu Preferences. For what I’m sure the developers intended to be simple “maintainability” of copied content, it often automatically organizes copied objects into files, but it ends up hindering productivity, rather than improving it.

Additional file formats are also supported by ClipMenu, which Jumpcut and Flycut do not. You can copy text info, PDFs, RTF files and more by using ClipMenu. Photos are also assisted. Only TIFF and PICT formats are provided by the software. Format PICT!

It does not support any of the common formats, not JPEGs, PNGs, not even BMPs that are used by ordinary citizens.

No doubt, CopyClip 2 is an advanced version of our first recommendation and it is paid. It includes a few added features that in the free edition are not available. Customization and optimization still have some space.

CopyClip 2 is a perfect alternative if you need better access, hotkey support, and other choices. CopyClip 2 can capture non-text clipboard entries, unlike the free edition. If you’re copying music files while producing music on Mac, it shows the copied file in the clipboard manager too, just like text. It allows you to set up hotkeys to toggle the window to begin with. You should easily open the window instead of going to the MacOS menu and clicking on the CopyClip 2 button.

In reality, there is an alternative to scan through all the recordings that are not included in the free edition. You will also determine whether you want to explicitly paste the content and whether to paste the compressed file. This updated version is better and more impressive than the previous ones and hence it is one of the best Mac clipboard managers.

When you can get three applications in one, why settle for one app? To store temporary files, the Unclutter clipboard manager packs a notepad and a file center. Yeah, to make the clipboard easily available and snappy, Unclutter stands true to its tag.

The manager of the clipboard stores all the entries and helps you to organize them the way you want. The submissions can also be saved for later and updated at any time. Unclutter’s interface is really cool when you have the File Center in a locker-like room to handle all the temporary files.

You can use the notepad to jot down detailed fragments. Meanwhile, the files that you do not want to see in your screen view can be stashed by the center of the file.

Paste 2 is one of the finest clipboard managers for Mac that can seamlessly help save several objects. Using a keyboard shortcut to summon it, then you can watch it in motion and capture and save anything from applications or pages that you clip.

You can get it without any markup when it comes to text and you can paste it as plain text without caring about any additional line of code or values filtering in. In addition to text, the app provides a Pinboard that can hold several texts, pictures, and link instances.

As per your needs, you can arrange certain objects. To look through clipped objects with appropriate keywords, it also comes with a search bar. All the material you clip and copy can also be shared via the sharing sheet or AirDrop with your family or friends. You can also backup your material using iCloud.

Which Clipboard Manager Did You Love?

Even an easy operation like copy paste can be enhanced to the part where you can find comfort and do things easily. These applications can help you perform better and do things in a better way. You can try all of the above-mentioned applications to see which one suits you the most.

Let us know which one of those clipboard managers was useful and you liked the most through the comment section below. If you get stuck somewhere or are confused about what to do next, then leave a comment stating your problem and we will get back to you with the apt solution. Stay tuned for further updates and many more hacks and applications for your Mac.