Growing up, have you ever imagined fighting on a battlefield filled with hundreds of opponents and unlimited weapons? Have you ever wanted to capture your enemy’s fort and make it your own? Maybe, wage a mini-war with your friends? As a kid, everyone dreams of such things.

The 21st century has given us a new dawn of technology and gaming. With impeccable graphics and crystal-clear details, you can now fight battles and opponents with Rules of Survival on PC. NetEase Games brings you Rules of Survival PC (ROS PC), the best survival game in the Android market. You could either fight for your survival by yourself or along with your team.

Features of Rules of Survival Game

There are many survival games in the Android market. However, Rules for Survival PC or ROS PC Download is a different game when compared to all the other games. Here are a few features of Rules of Survival that show you why: 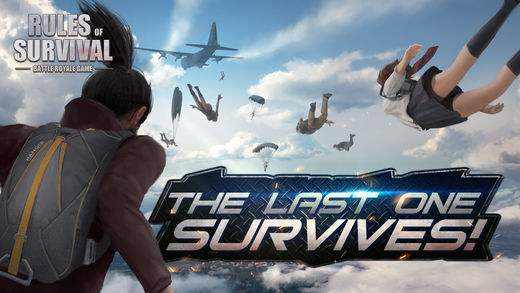 When you talk about any action Game, it’s quite obvious that most of the users will look for a smooth and user-friendly interface. And that’s what Rules of Survival provides. It’s light game (in size) and doesn’t occupy much of your smartphone’s space, to be frank. With such versatile concept and action-packed gaming, you are sure to enjoy each and every second when you play Rules of Survival on PC.

Yes, you read that right! You can now battle with 300 players all at the same time within a map of 8×8 KM. This option isn’t available in any of the games I have played before other than Rules of Survival for PC. This multi-player mode gives you varieties of enemies with superpowers in their kit. To beat them in the war field is the challenge you will face for sure and that’s what makes you One Man Army in Rules of Survival Game. The one who survives in 300 players will be ultimately ruling the battlefield.

Obviously, every game comes with lots of weapons so that you can compete with your enemy in style! And in Rules of Survival for PC, you will get a chance to use many weapons. But there’s a twist in the plot here. Once you clear various terrains by defeating your enemies or survivors, you will get a chance to unlock new weapons instantly. So you need to work hard for the same. You can also collect weapons from the enemies who dies, so don’t miss those chances ever! Meanwhile, to ensure that your power is always 100%, you will have an access to different vehicles so that you can move around different terrains!

When you are on the battlefield in a war, it’s likely to see whereabouts of your enemies. In Rules of Survival PC game, you can rest assured about the same as it shows you realistic movements of the players so that you can plan your moves accordingly. Besides that, the surroundings are also important to make your next move. And this also what realistic in Rules of Survival for PC game. These two features make this action game unique.

Last but not the least, the amazing graphics and the sound quality! You just can’t take your eyes of the game because of its visuals. The graphics in the game perfectly sync with teh sound quality as well. It’s just like the sound syncing with a horror scene in a movie. That’s what I can compare the best!

So these are some amazing features of Rules of Survival PC Version game. Now let’s have a look at the ROC PC gameplay so that you can know how to play Rules of Survival Game on your Windows PC or Laptop based in Windows XP, 7, 8 & 10. 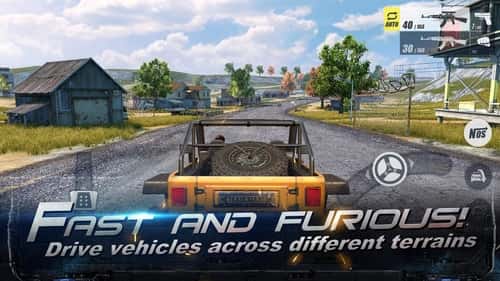 Rules of Survival PC game is a very unique and adventurous game. You are dropped into a vast, deserted island with over 120 people. The entire aim of the game is to be the last one to survive. With enemies shooting thousands of bullets all around you, poisonous gas spreading, and ultimately death is chasing you. In this entire mad frenzy, the only way you can survive is to pick up as many weapons as you can and fight as many opponents as you can. Arm yourself or use your fists, your aim is to survive.

You might think that this is only on an Android device, well, we have good news. You can get this game on PC, all you have to do is follow my comprehensive guide given below.

There are times when we want a bigger screen or louder sound to experience the best of the aesthetic gaming experience we can. This is when you can use Android emulators like BlueStacks and Nox App Player.

Step 3: BlueStacks is an emulator that opens the app on your PC like it would on your Android device.

Step 4: Search for Rules of Survival Game or ROS PC in Google Play Store present in Bluestacks and just install it right away!

That’s all you need to do to enjoy the full gaming experience of Rules of Survival on PC. Alternatively, you can use Nox App Player if you’re more comfortable with Nox.

Nox App Player is another emulator that lets you enjoy the experience of gaming just like BlueStacks. You can download Nox App Player by clicking on this link here.

Step 1: Download the Rules of Survival APK by visiting Google Play store in your Bluestacks emulator itself. You could also find the app from an alternative source but it could be fake. Hence, make sure you’re not being cheated.

Step 2: Now that you’ve downloaded Rules of Survival PC, you can open it using the emulator.

Step 3: With this amazing adventure game, you can have the fun of surviving on an island filled with 120 people to battle.

How to Download Rules of Survival Mac using Bluestacks

The procedure for downloading ROS Mac is quite similar to the methods shown above. Rules of Survival game is great for both PC and Mac. However, it’s recommended that you check the system requirements before downloading any app. To install Rules of Survival Mac you need to download Bluestacks latest version.

There are many adventure games in the Android market but none have proven to be as amazing and realistic as Rules of Survival PC. ROS PC Game has everything it needs to be called the best adventure game on the market. So, are you going to be the first one to die or survive in ROS PC Full Version Game? Download ROS PC now and start playing to get into action right now!