TuTuApp took the iOS world by storm right after its release of TuTu Helper VIP Free for iOS users. A number of hacked apps provided by TuTuApp are numerous and following the footsteps of it, Panda Helper VIP has been released recently with a similar concept. Can this be a perfect TuTuApp alternative? Let’s find out in this detailed review of Panda Helper VIP.

Panda Helper VIP comes at a cost of $12.99 and the same is the cost of TuTu Helper VIP as well. So there’s no different in terms of cost when it comes to brand new Panda Helper VIP. But does it provide sufficient apps with regular updates is the major concern most of the iOS 14 & iOS 13 users have. Isn’t it?

As far as the app updates are concerned, Panda Helper VIP has been adding the various app in its store. This is the first time that many apps are added in Panda Helper store and the updates are expected to be soon released. To download Panda Helper for iOS, you need not jailbreak your device and it’s compatible with iOS 14, 13, 12, 11, 10 & 9 versions on iPhone & iPad. 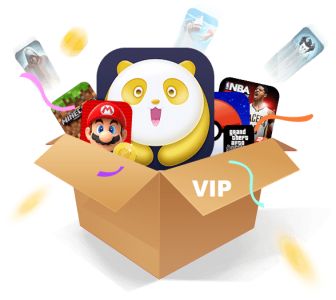 You might be well aware of the fact that Apple’s iTunes Store denies many apps to host on their store. And this is where apps like TuTuApp VIP & Panda Helper comes into play with various hacked apps and tweaks for iOS 14 devices. This TuTuApp alternative is a real treat for iPhone/iPad users to download unlimited tweaks on their iOS 14 devices. So let’s not wait anymore and have a look at the features of Panda Helper VIP which is an only TuTu Helper alternative so far.

#1. Panda Helper comes with a smooth UI to browse within the app. I must say that the UI is better than TuTuApp and user-friendly as well. 🙂

#2.  This VIP app has a huge amount of apps & tweaks in its store and believe me, the collection Panda Helper iOS 14 has got is just like icing on the cake!

#5. One can use Snapchat & Line both at the same time by downloading Snapchat 2 & Line 2 from Panda Helper VIP iOS App.

To get the paid version of Panda Helper VIP is as easy as getting TuTu Helper VIP. Just follow the below given steps or instructions in the image to get it on your iPhone/iPad. 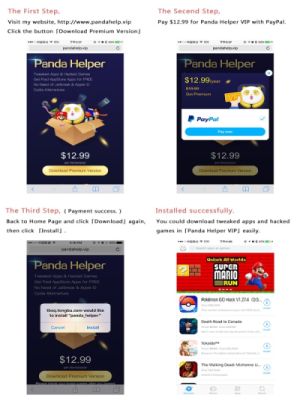 #1. Visit PandaHelp.VIP which is the official website of Panda Helper VIP.

#3. Once done, complete the payment process by paying the amount through PayPal.

#4. Let the payment process get done and wait for few seconds.

#6. Ensure that you have a high-speed internet connection to download Panda Helper VIP quickly!

So this is how you can install Panda Helper VIP iOS app on your iPhone/iPad without any hassles and legally as well. Now let’s see how to download Panda Helper free on your iOS devices. 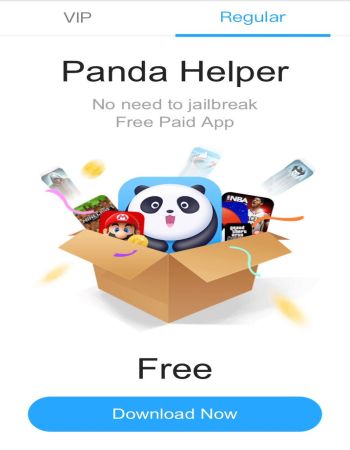 #2. Now tap on the regular version as shown in the below given image.

#4. Now install the VIP app for free on iPhone/iPad via this method.

This is how you can easily download Panda Helper Regular iOS version on your devices. Now the question is do you really think that you should go for Panda Helper VIP and not for TuTu Helper VIP free version?

So this is all about Panda Helper VIP (paid) & regular version (free). As the price of TuTuApp and Panda Helper is same, there’s nothing wrong in giving this new app store a try rather than sticking to the old one. Let us know if you face any issues or errors while installing Panda Helper iOS 14 or Panda Helper Regular iOS 13 on your iPhone/iPad. Stay tuned to this post for more updates on PandaHelper.