Adobe Acrobat is a well-known software that is mostly used to view, create, manipulate, and print managing Portable Document Format (PDF) files. Since Ubuntu has no native tools to manage PDFs, you can use Adobe Acrobat for all your work related to PDFs’.

The main advantage of using Adobe Acrobat is that it is an official program and is often recommended to perform all the tasks related to PDFs. Let’s start the process of installing Adobe Reader in Ubuntu.

We will guide you step-by-step with appropriate screenshots so that you can have a complete understanding of each step we perform.

Note: Adobe Acrobat has not been updated since 2013 for Linux so you might get lesser features as compared to the latest version of Adobe Acrobat.

It is one of the most important steps which is often ignored while installing any software on Ubuntu. This step will update all the indexes of the repository which we are going to use for downloading our Adobe Acrobat.

Step 2: Adding the Support of i386 Architecture

As we already mentioned, this is the older version of Adobe Acrobat and will require you to have support for 32-bit Architecture. By the given command, you can enable 32-bit support for your machine.

Almost every software that we do use on our Ubuntu system requires some packages on which software depends to run and this is why they are called dependencies.

Adobe Acrobat also requires some dependencies and you can install them by following commands: 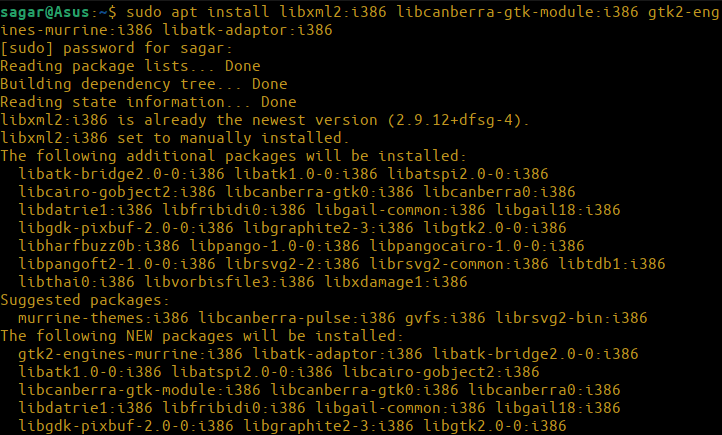 After installing all the dependencies, let’s grab the binary package of Adobe Acrobat to move further in process of Installing Adobe Acrobat Reader on Ubuntu. The most recent version is 9.5.5.

Now, after installing the binary packages you can install Adobe Acrobat Reader in your system by given commands:

Adobe Acrobat Reader has been installed on your system.

If you are not satisfied with Adobe Acrobat Reader and want to uninstall it, you can easily remove it from your Ubuntu system by following commands:

That’s it, Adobe Acrobat Reader has been removed from your current system.

How do I make Adobe Reader my default PDF viewer in Ubuntu?

Right-click on any PDF file that you currently have inside your file manager. Click on properties and select open with a tab. Find Adobe Acrobat Reader and select it. Press the button named Set as default. That’s it!

Is Adobe Reader free on Linux?

There are multiple versions available of Adobe Acrobat reader and the most basic version is free to use. Adobe is not supporting Linux development anymore but the last update is enough to complete basic tasks such as reading PDF files.

Which PDF reader do you prefer the most?

Adobe has not provided any update for Adobe Acrobat Reader for Ubuntu and other Linux-based distributions since 2013 which makes it far behind the new generation office tools. But if you prefer Adobe over anything, Adobe Acrobat reader version 9.5.5 should get your job done!