Believe it or not, Disney+ is one of the best streaming services available at the moment. Netflix was the undisputed king of the streaming service but it has been dethroned by new entrant Disney Plus. Disney, Pixar, Marvel (did I hear Avengers?), Star Wars and National Geography are already a part of the on demand streaming service. If you are not in the country where Disney+ is supported, then you can look for Disney Plus alternatives as of now, or you can get a VPN to get it working right away in any region.

With most of the copyrights of movies, TV shows, and web series, you can expect Disney Plus to get a lot more videos on its website or app. Right after the launch of Disney+, a lot of users are unable to connect Disney Plus shows and movies. And this is where you start searching for an alternative to Disney Plus.

Editor’s note: We’ll keep updating the list of the best Disney Plus alternatives as we come across new services.

In case, if you are frustrated with the frequent errors in Disney Plus apps, then you may want to check some of the relevant articles published here.

Disney Plus, with its wide array of services and movies, brings a lot to the table. Unfortunately, due to geo-restrictions, not many people are able to enjoy the shows. As of writing this article, it is available in the USA, Canada, and Netherlands.

Here are popular alternatives to Disney Plus that will keep you glued to your mobile and smart TV.

However, those who have grown up watching the shows that Disney made, they’re sure to love the nostalgic feeling that Disney Plus has to offer. When it comes to shows, there is a huge selection of classic shows, like The Sopranos, The Wire, Veep, and Deadwood that you’d find on HBO. Amazon Prime roughly costs about $120 a year whereas Disney Plus costs about $70 annually. While it looks like Prime is more expensive, there are a lot more features that come with it like two-day shipping, free eBooks, and the list is endless.

It hasn’t been so long that Disney announced the launch of Disney Plus, that they’re already well on their way to becoming Netflix’s biggest rival. While Disney+ has a library with huge names, it’s tough to beat Netflix’s deep and varied content. Having said that, Disney+ will be home to all the Star War’s films, most of which are quite impossible to find online anymore.

Disney’s original content is tough to beat, however, the millennials seem to have grown accustomed to popular Netflix’s shows like Stranger Things, The Crown, Black Mirror and much more; shows which Netflix has poured billions of dollars into. When we talk about the price, Disney+ seems to come out cheaper costing $7 a month while Netflix’s package ranges from $9 to $16, based on the viewing quality. 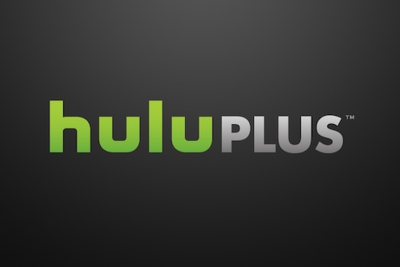 Hulu has been around since 2008, since then, it has garnered quite a huge subscriber base. Disney Plus when compared to Hulu Plus, seems to have completely different offerings to their subscribers, it can be hard to decide who comes out on top. Disney Plus, as mentioned above, will have all of its home content.

However, Hulu Plus seems to have gained a lot of popularity as it premiers some of the most popular shows from ABC, CBS, NBC, Fox, Bravo, and Comedy Central. Disney Plus is relatively cheaper than Hulu Plus, as Hulu costs about $11.99 per month whereas, the former costs about $7 per month.

Get 30 Day Free Trail of Hulu From Here 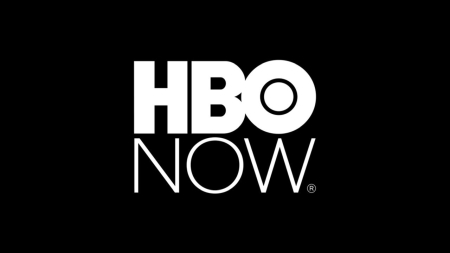 HBO Now vs Disney Plus is quite an easy question. HBO Now is a streaming platform that offers everything HBO has to offer. However, Disney Plus has much bigger names like Star Wars, Marvel and much more & it clearly has a lot more popularity than HBO Now. But if you’re searching for the sites like Disney Plus, HBO Now can be taken into consideration.

However, there are a few shows like Game of Thrones, The Wire, The Sopranos, and Deadwood, that millennial are fans of. When it comes to the price, Disney Plus is much cheaper at its $7 per month plan, while HBO now costs about $14.99.

Get HBO Now from Here 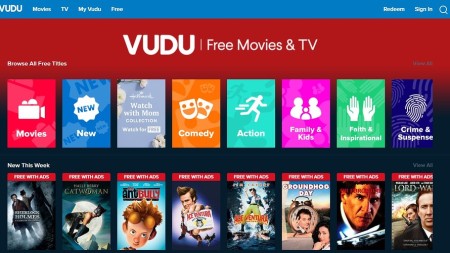 Kids who had a Blockbuster around their house would love the idea of Vudu. Vudu is basically, an app where you can rent Tv shows and movies. The former Set Top Box provider has quite a different platform when compared to the many video streaming platforms we have nowadays.

Disney Plus would more likely win with respect to the bigger library, popularity, and cross-functionality across platforms. The price, however, cannot be compared, because while Disney Plus is a buffet, Vudu is a restaurant, you only eat what you can buy. 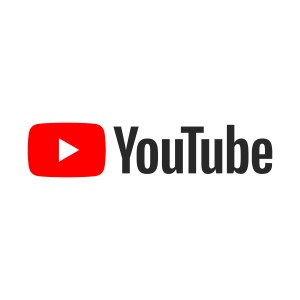 YouTube, the one name that comes to mind when you think about videos. The main difference between Disney Plus and YouTube is their functioning. Disney Plus has licensed content that you can watch by paying a subscription fee, whereas, YouTube has free videos that you can watch, while they make money by displaying advertisements. 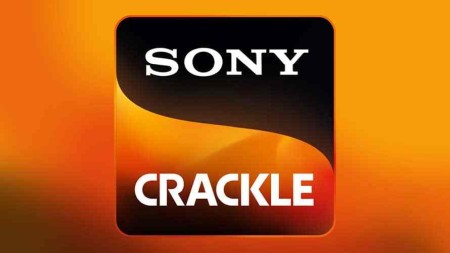 Crackle’s main USP is that it’s completely free. The streaming service owned by Sony pretty much features all the big names under Sony. They have a decent library and add up to 10 movies each month. Disney Plus, on the other hand, has the biggest of the biggest names in its library.

There are so many famous shows Disney Plus has to offer that Crackle’s library is definitely small. For someone who prefers streaming quality and cross-functionality among platforms, Disney Plus is a much better choice. 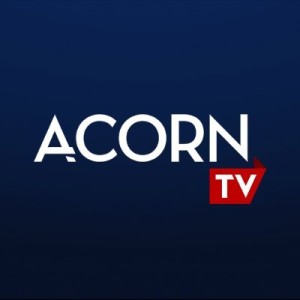 While the name might sound quite weird, Acorn TV is no joke. It’s home to some of the greatest British shows and movies. Agatha Christie’s Marple, And Then There Were None and Witness for the Prosecution, Foyle’s War, George Gently, Midsomer Murders, and Vera are some of the most famous shows hosted by Acorn TV.

However, when it’s coming down to the numbers, Disney Plus is costing $7 per month while Acorn TV costs about $4.99. Disney’s huge titles might outweigh that extra difference. 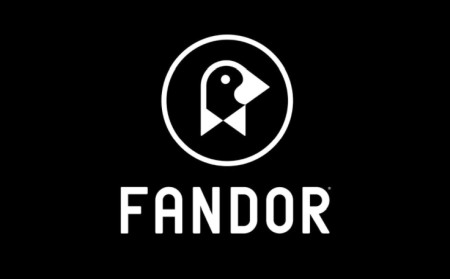 Fandor, the gist behind the content lies in the name itself. Fandor is home to some of the oldest and greatest hits of all time. Movie buffs who claim to have movies running in their veins and not blood are sure to love Fandor.

Disney Plus, on the other hand, might not be a direct competitor to Fandor as there is a huge difference in the content of both the streaming platforms. Disney Plus is relatively a lot cheaper as Fandor costs $10 per month. However, if you’re a serious movie buff, that price might not be too much. 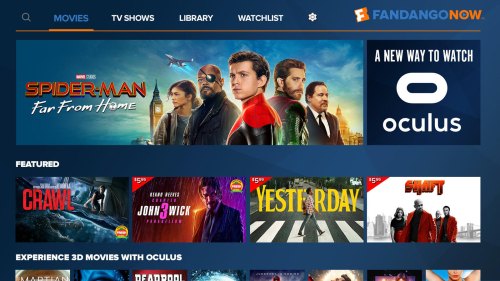 M-Go is much similar to the iTunes streaming platform and it now re-branded as FandangoNow. M-Go has a lot of titles and shows that you might find on Amazon Instant. However, M-go does not have a one-time subscription fee but rather lets you rent movies and TV shows for a fee.

The library, though, doesn’t seem as deep or consistent with additions when compared to Disney Plus. The price factor here puts Disney Plus on the heavier side as it provides a lot more content than M-go for a cheaper price. 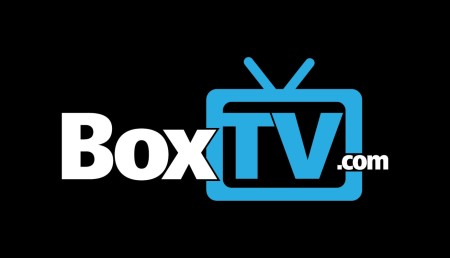 Update: Box TV is not available.

It’s pretty clear that Disney Plus offers a huge library of its great shows and movies. However, it limits itself geographically and linguistically. BoxTV, also known as, “The Netflix of India” is said to have offered content in a wide range of languages. BoxTV also operates overseas thus giving itself exposure to a much larger audience than Disney Plus.

With English subtitles for almost every movie and TV show, BoxTV gained a lot of popularity in recent years. BoxTV is a member of the Times Group that generates revenue on advertisements and paid subscriptions.

It’s clear that Disney Plus, along with many video streaming platforms rakes out on the top. However, the choice of video streaming platform depends more on the viewer’s interests as each of the platforms cater to the specific needs of the subscriber. These were the best Disney Plus alternatives, and are sure to give Disney Plus a run for its money. But if you still want to stick to Disney Plus and not aware of how to solve the errors you’re getting, you can contact Disney+ help center to get them solved!