When it comes to Pokemon Go many spoofers try to hack the game in unethical ways! Be it a hack or try to manipulate the API of the game, it’s all against the terms and services of Pokemon Go! Earlier, Niantic banned Android emulators to play Pokemon Go on PC.  Looking into all these hacks, Niantic has now decided to take down all the fake (hacked) accounts with a Red Warning in Pokemon Go Game!

Previously, this temporary ban was termed as soft ban and then Shadow Ban! But if you aren’t doing anything fishy by playing the game according to the terms and conditions of Niantic, you need not worry of this Pokemon Go Red Warning thing!

It’s obvious that they are taking down all the accounts with suspicious activity and during these take downs, few loyal users might get a ban too! Now, many are wondering how long does a shadow ban or red warning in Pokemon Go last? Well, to know that you first need to know why this actually happens! Let’s dig into it!

What is Pokemon Go Red Warning?

When you use third party apps to crack Pokemon Go game, it breaks the terms and services. In such cases, Niantic has taken a step forward to ban such accounts. It can’t be said a direct ban but it gives a Red Warning which indicates the app might not work properly. Here’s what Niantic Support team said on Reddit:

“We’re committed to maintaining the state of Pokémon GO and our community of Trainers. People who violate the Pokémon GO Terms of Service (including by using third party software and other cheats) may have their gameplay affected and may not be able to see all the Pokémon around them. While we cannot discuss the systems implemented, we can confirm that we are constantly refining new ways to ensure the integrity of the game in order to keep it fun and fair for all Trainers.” 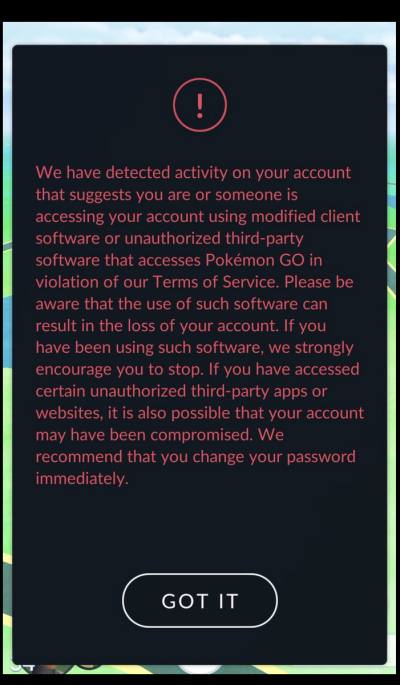 So this is what you get when your account is hit by Pokemon Go Red Warning. Similar is the case in Pokemon Go Shadow Ban 2018!

How Long Does Red Warning Last?

Now this is tricky! To get rid of this Pokemon Go Red Warning, many might find ways but those will not last long for sure. Looking at the Niantic team taking strict actions against hacked Pokemon Go game, you need to wait until this thing is lifted on it’s own. Many users on Tutuapp have also faced such problems. Here’s the Twitter discussion for the same. To be frank, there’s no answer for this on any Pokemon Go related forums. As of now, I can just say wait for few days and see what happens. But if you can’t do that, you can follow the below given procedure to get rid of Pokemon Go Shadow ban 2018.

To fix this red warning in Pokemon Go, it might take time as Niantic is already receiving tons of requests every hour! Make sure that you aren’t using any third party apps currently along with Pokemon Go. Because it this gets noticed, your appeal will not be approved and the Shadow ban will continue for long. The ban might not be permanent, but if you are facing a temporary ban and if you feel that happened due to some error, you can file an appeal by following below given method. 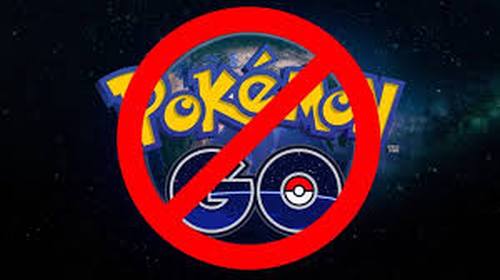 #2. Enter your email ID, trainee nickname, additional information explaining that the ban is due to some error.

#3. You can attach any images if you want to explain in detail.

#4. Click on the submit button and wait for few days or maybe a week (s) to lift Pokemon Go Red Warning.

Even after doing this, you Shadow Ban isn’t lifted, then you need to check these steps right now!

There are few IV-checking apps like IVFly, IV Go, Blossoms Pokemon Go Manager and AllG IV which are most probably the reason for Shadowban in Pokemon Go. To make sure you aren’t facing any issues with these, immediately uninstall the app, change the password and revoke permissions from the app.

There’s One Direct Method to Lift This Shadow Ban!

Well, if you aren’t finding Pokemon from your app, there’s one way to find them even if you are facing shadow ban! Yes, you heard that right! You can catch your favorite Pokemon by using Pokemon Go Plus even if there are Red Warnings in your app! That costs you $50 but who minds spending few bucks if you are a Pokemon Go lover. Isn’t it? Well, this doesn’t guarantee that you can definitely get rid of this ban but at least you can get few Pokemon under your control. Something is better than nothing, is it?!