Augmented reality (AR) gaming is all the rage right now. It used to seem like a gimmicky concept when it soared to popularity back when Pokémon Go was launched, but now the technology is mainstream enough that more and more games with AR at its core are sprouting in the market. But what is AR anyway and how does it work?

Not to be confused with virtual reality (VR), augmented reality is about superimposing computer-generated imagery on your view of reality using sensors, creating a composite view that augments the real-world environment. It doesn’t need headgear and other peripherals like VR — more often than not, all you need is your smartphone to enjoy an immersive AR experience and interact with a digital environment.

Apart from its immersive factor, its accessibility is what draws millions of gamers in. Most modern smartphones have the ability to play AR apps. The cameras and sensors built in phones gather the user’s real-world interactions for further processing and interpretation, while the CPU, GPU, flash memory, RAM, Bluetooth/Wi-Fi microchip, and GPS takes care of processing the images.

Additionally, exciting innovations in the world of PCB grounding design have allowed the integration of digital and analog worlds in smart devices. The several processes that go into designing these tiny components are particularly challenging given how today’s devices are much more complex than before.

The good news, though, is that despite the complexity the technology is evolving fast, and there is no doubt that these innovations have elevated the mobile gaming experience.

But enough about how the tech works. Augmented reality is incredibly cool, which is why many games have it as their main feature.

If you’re looking for new AR games to play with your Android devices, here are a few options to choose from!

#1. The Walking Dead: Our World

Marketed as the official mobile game of the hit AMC television show of the same name, The Walking Dead: Our World delivers exciting gameplay, challenging you to track down and fight scary Walkers in “real life” via AR.

The free-to-play shooter utilizes augmented reality to put you dab smack in the middle of the zombie apocalypse.  You’ll get to unlock new weapons as you go along, and stars from the show like Rick, Daryl, and Michonne will appear from time to time to help you fight against Walkers.

You’re also free to upgrade your gear overtime to do more damage, and you can even play with your friends to take down zombies together.

No AR game list would be complete without the mention of Pokémon Go, which was the game that (almost) singlehandedly catapulted augmented reality gaming into the mainstream consciousness.

While it’s not as popular as it was back in its heyday, the game is still played by millions across the globe. Its main premise is to have you venture out in the real world, so you can capture as many Pokémon as you can, hit up Pokestops, and battle with fellow Pokémon trainers at Gyms.

And while one can imagine how it would be affected due to the pandemic, Niantic made some key changes to the game so players can still enjoy it while indoors. You can even play it on your computer, too.

Just like Pokémon Go, Ingress Prime encourages players to hit the outside world. In fact, many refer to this game as Pokémon Go’s predecessor, considering how it first came out in 2013 (at least the first version, which is Ingress).

In this game, you wander around your local area to claim access points. It splits players into two factions — the Enlightened and the Resistance — and they engage in a civil war to fight for control of virtual territories. It’s basically a virtual capture the flag game.

You collect Exotic Matter (XM) by walking around, and you use that to take over portals until you conquer the AR world map.

If you’ve always wondered what it’s like to be part of the Wizarding World of Harry Potter, Harry Potter: Wizards Unite can offer you an exciting glimpse.

Since it’s also created by Niantic, you’ll find that it has similar gameplay to Pokémon Go, except that instead of tossing Pokeballs, you cast spells and battle with characters from the Wizarding World.

You are also challenged with a problem that is troubling wizards everywhere, and along with other players you must attempt to solve it. And while it is not particularly groundbreaking in terms of features, it’s a real treat for Harry Potter fans everywhere.

If you find playing real-life Jenga both parts challenging and frustrating, wait until you try this AR version. Similar to the real-world wooden block game, you carefully stack the pieces together to make the biggest tower possible.

Players then take turns pulling out the pieces from the tower, but the challenge is you have to use motion controls. To up the ante, the game even has a special versus mode, where there are towers that have sticky blocks that explode and ones that are easier to remove in one particular dimension.

It’s a tricky game, one that will test your nerves just like its physical counterpart.

So which one of these Android AR games you would love to play on your smartphones or tablets? Do let us know in the comment section and don’t forget to check our Android games arena where we uncover some of the best Android games ever!

How to Open APK File on… 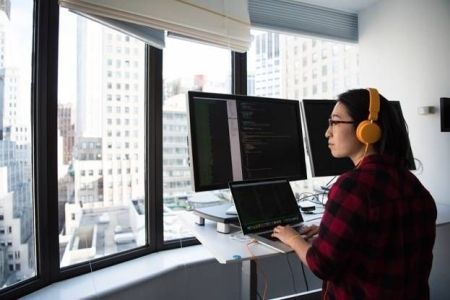 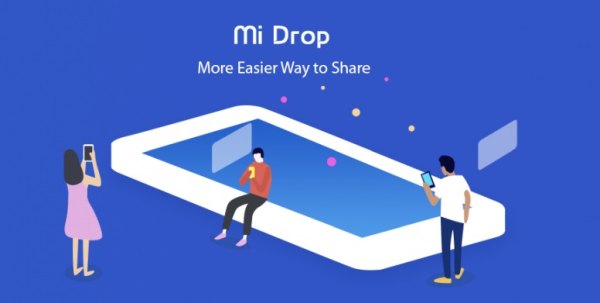 How to Use Mi Drop on…