The final version of Windows Phone 8 is yet to be unveiled by Microsoft. However, the OEMs have already started announcing their new Windows Phone 8 handsets, which are expected to be available before the end of the year 2012. At a developers only conference, Microsoft did give a glimpse at some of the features of their new WP8 OS, but the full-fledged version is yet to be available for public consumption. The announcement of making previous Windows Phone 7 series device obsolete with this update has bollixed up the whole WP7 community. However, enthusiastic tech industry pundits are eagerly waiting for Microsoft to bring some joy on the face of perturbed users who were rattled by previous disheartening announcement.

Just after a month, first Samsung came ahead with their new Windows Phone series device for the rest of the 2012, and then Nokia joined in the party. Yesterday, HTC became a party pooper for Samsung and Nokia by the unveiling rest of the plan for the year 2012, with two new hunky handsets. Well, for the end-users, the party has just begun. With the series of new powerful Windows Phone 8 devices announcement, users have gotten plenty of options on their hand. The rattling question would be, whether this new WP8 devices will be able to survive against the likes of iPhone 5, Samsung Galaxy III or will sink both Microsoft and OEMs altogether. Let’s wait for the future to answer such a burning question.

Let our readers decide whether the new series of Windows Phone meets their requirements or not. Since there is no information available on the pricing yet, it would be somewhat difficult to pass any judgment. But we can expect OEMs to keep the pricing aggressive as they have to face the fierce competition from Android manufacturers and smartphone behemoth Apple. The list is sorted based on OEMs so you can check out them comfortably. We know, people usually like to stick to their favorite brand.

Click on the link if you would like to directly go to the respective OEM specific section.

Nokia has unveiled two Nokia handsets – one as a mid-range handset and another as a high-end device, namely the lumia 820 and lumia 920 respectively. The polycarbonate body gives Nokia Lumia handsets a premium look. Even, the Carl Zeiss technology and ClearBlack display makes you crave for more elegant display. Both of them adds a great value to the device. Nokia’s strategic alliance has yielded some good results, and they have become a force to reckon with within a Windows Phone community. Have they kept the price of Lumia series more aggressive, they might have become a worthwhile competitor of Android handsets also.

The new Nokia Lumia 820 comes with a few tricks up its sleeves. Although, the initial review repudiated the design altogether, the device is still worth considering. User were furious over the absence of removable battery option in the first generation Lumia series devices, but, the new lumia 820 comes with swappable covers and wireless charging option. The design quality has been downgraded to cut the cost. The device is no longer a unibody design which Nokia was taking an elation of. The shiny swappable covers are colorful and may be attract a huge community people with varied interest.

However, it is not utilizing the maximum resolution of 1280 x 768, which is now supported by WP8 OS. In an essence, Lumia 820 is an impressive addition to all new Windows Phone 8 family and will be able to retain your faith in both Nokia and Microsoft as a unit. 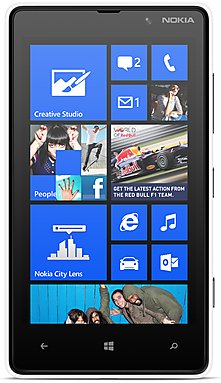 There is no word on the pricing yet. For Nokia, it is an icing on the cake since Nokia intends to target mid-range segment. However, their real intention is to bring the attention to their new flagship top-of-the-range product—Nokia lumia 920. 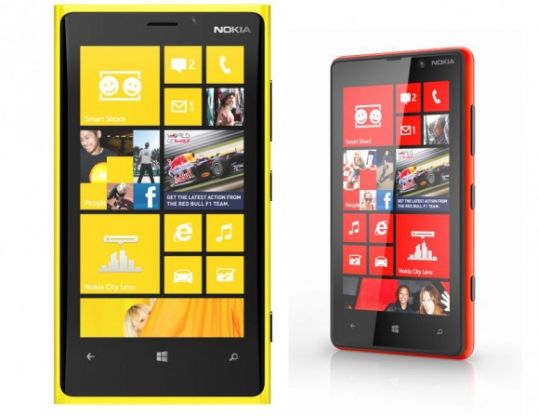 The flamboyant Lumia 920 is more elegant. The device is designed to shake the smartphone industry with vibrant colors and rugged design. Nokia seemingly has been over-cautious with this device. The premium segment device is carrying the burden to survive Nokia from sinking along with Microsoft’s Windows Phone OS, which never really took off from the ground. The rudimentary device was given for a very brief moment to the tech industry people to test and hence you may not be able to find any ‘swearing words’ about the device. The incipient device looks promising and is expected to change the game. The true power will only be realized when it gets equipped with WP8 OS in its full glory.

Having said that, the device does carry great horsepower under the hood. First, it is equipped with Nokia’s own PureView technology to. The new PureMotion HD Plus technology said to give a better than HD experience. In essence, it carries all the features of Lumia 820 and adds a few of its own. 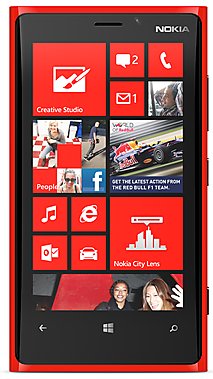 From each and every technical corner, the Lumia 920 looks sleek and is a potential threat to iPhone 5. Although, it has earned a little bad press for its shiny glossy design, but it’s a secondary matter. It will be interesting to see if Lumia 920 will really be able to add some years to a rather lacklustre career of Nokia or not.

‘Stealing is winning’. Probably, this is the tag given by the Apple fanboys to Samsung. Samsung found guilty of copying iPhone’s design and many other accusations charged by Apple. Will Samsung be able to shed this tag? Well, the new reigning champion of smartphone segment has proved its worth to the world by unveiling a series of Android smartphones earlier this year. Let’s take a look at Samsung’s offering in Windows Phone 8 segment. We will be also able to judge whether it will manage to punch down Nokia or not. Samsung was the first to unveil its new Windows Phone 8 handset for 2012. Strategically, it shook Nokia and caught it sleeping. Probably, this is why people accuse that Lumia 920 was a rushed announcement.

The rather alien-like name device has failed to impress many with its rather boring looking stereotype design. There is no new aesthetic element added for ‘change for a change’. Keeping aside aesthetics, the befuddling design comes with an impressive power beneath. Enough horsepower has been added under the hood to lure the end-users. It beats down Nokia Lumia 920 in several departments. Let’s take a look at the specs of Samsung ATIV S first. 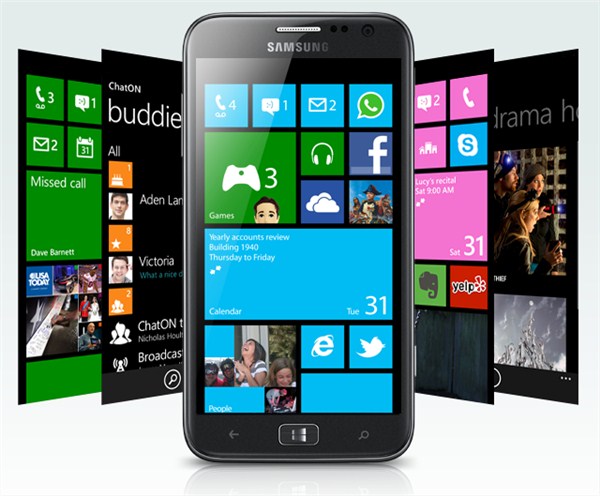 The ATIV S smartphone by Samsung doesn’t have much grunt like its Android offerings, but lagging has never been a problem with Windows Phone OS. It will be interesting to see whether Windows Phone 8 OS will be fast enough much like its predecessor to run high-end games or not. Comparing it to Nokia Lumia 920, one can easily see that Samsung device comes with its own advantage. Super AMOLED display, 4.8-inch large display, 1.9MP front facing camera and mammoth 2,300 mAh battery is enough to give a Nokia run for its money. But such miniscule difference will not make much difference to non tech savvy people. On the other hand, lumia 920 has PureMotion HD+ technology to give you enough option to buy this device. Remember, the fugly look of Samsung may be distracting for some. 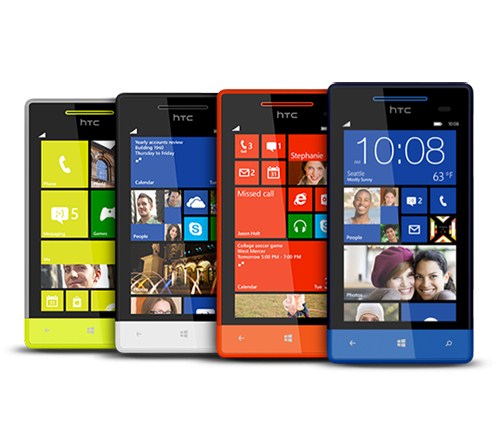 Of late, HTC, a brethren of Samsung has impressed many techprenuers. The HTC One X is the newest example why one should not ignore HTC. It has enough muscle and power to beat the best in the business. It is just that HTC should be more aggressive with their marketing strategy to come out of the shadow of Samsung and other smartphone giants. In fact, back in 2011, I brought HTC Mozart, my first ever Windows Phone handset. I have no qualm in admitting that the phone is impressive and has not given a slightest problem to me. Moving ahead with their Windows Phone 8 offerings in 2012, HTC has some pretty impressive device up its sleeves, which they unveiled yesterday only.

The new unveiling from HTC has triggered alarm at the Nokia Center. It has adopted the Nokia flagship unibody design, which comes with its own pros and cons. The new HTC Windows Phone 8x is equally powerful as any other smartphone unveiled so far. This where the problem lies for HTC. It has no ‘wow factor’ to offer, so users switch from their favorite brand to HTC. Nevertheless, HTC 8X does bring some fresh, vibrant color that could turn the table in its favor. Some tech giants called it eerily looks like Lumia 920 (ouch). Well, check out the screenshot and judge it by yourself. It does resemble to the colorful lumia series handset. Finally, Nokia managed to inspire someone (pun intended).

The resemblance does not just stops at flesh, in fact, it is a skin deep. From a foot or two away, you may not be able to segregate Nokia and HTC devices. 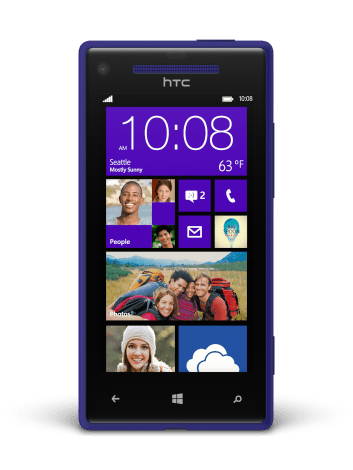 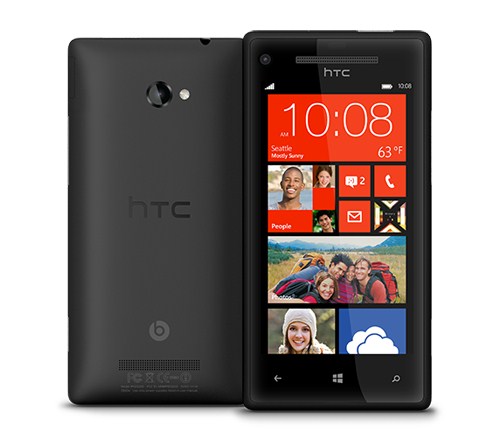 HTC 8X is still behind Lumia 920 and Samsung ATIV S in some segment. It would be interesting to see how Nokia reacts to such resemblance. One thing is sure that if Nokia is Apple, then HTC is about to get a lawsuit coming their way soon.

HTC has done a commendable job in adding more colors to junior of HTC 8X. Despite of being sidelined, HTC 8S could pose a real threat in a low-budget smartphone segment. HTC has made sure that its low-segment device lures more eyeballs without raising any eyebrows (Nokia?). In addition to 8X, the 8S was announced to give a real competition to Lumia 820. They have paid more attention in designing 8S which could be seen from the vibrant color of the device itself. Not to forget that it does bring sleek design and serious thin form factor as well. But the comparison just stops right there. The 8S is not as powerful as Lumia 820 and could turn out to be a DOA (dead on arrival) if not priced competitively.

In a nutshell, the HTC 8S strictly for a person with a tight budget. The processor humming under the hood is of low capability and is below par compared to other WP8 devices unveiled so far. It will be targeted to the limited group of people. The multi-color combination used in HTC 8S is a perfect candidate for women though.

Expect more and more OEMs to come ahead and unveil their line-up of new Windows Phone 8 handset for 2012. All eyes are on Sony, since they have been shy adopting Windows Phone OS. Will they provide any Xperia series handset powered by WP8? Only the time will be able to answer such question(s).

Microsoft will soon unveil Windows Phone 8 OS. The OEMs have delivered their promise. Now, it’s a time for Microsoft to deliver their OS to OEMs, so the whole world can see what’s there in the store for them. After all, the holiday season is approaching and people are waiting to spend money on some quality phones. Would you be buying any of the aforementioned new Windows Phone 8 handset in this holiday season?