We all loved comic books and characters as children and we know some habits are hard to waive off. Manga is in simpler words a form of Japanese comic book which is aimed towards adults as well as children. These Mangas come with vivid illustrations and some exemplary storylines to keep in connected. While there was a handful before, now you can find innumerable Mangas to choose from and with choice come doubt. It is often you would ask yourself what is the best Manga reader app for Android & iPhone?

So we are here to put you out of your misery. Now we know a lot of you will argue that it’s not the same as reading them on paper but then not everyone is that privileged and you can always have your mobile phone handy but not a comic book.

Well, there were a lot of choices to look from, and to hand pick each one of these was a tough task. Even so, we left no stone unturned and tried to pick out the best Manga reader app for Android and iPhone.

So here is the list of the 10 best Manga reader app for Android and iPhone. 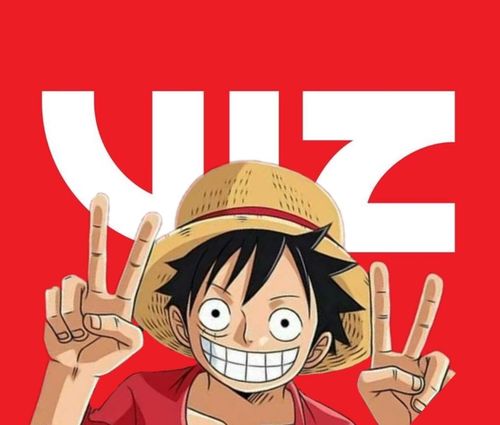 Viz Manga should be put right at the top of this lineup to get off on the right note. The app gives you access to the most popular manga and comics, including hit series such as Dragon Ball Super, My Hero Academia, Naruto Next Generations, and cult classics such as Vampire Knight, Tokyo Ghoul, Official RWBY Manga Anthology, and more, with its full VIZ digital catalog. To add to its glory, VIZ Manga updates and uploads new series regularly to keep its reader in the spell.

The opportunity to create a large catalog of fascinating manga is a favorite aspect of this app. You will keep up on your favorite comics at your own rate with a completely personalized library at hand. Not just that, it also provides a download option to help you read books, also offline. The software also helps you to read free previews of paying volumes, so that you can make an educated purchase decision. There’s no doubt that this is undoubtedly one of the best Manga reader apps for Android and iPhone.

Seeing how massive the Shonen Jump catalog is, this is easily one of the best offers out there for manga fans. Shonen Jump is one of Japan’s major anthology magazines for manga. On the pages of Weekly Shonen Jump, series like Jujutsu Kaisen and My Hero Academia are serialized. An English-language counterpart is released by VIZ, which publishes manga chapters of the series on the same day as they are made available in Japan.

The days behind the Japanese release can be recalled by old-time manga fans, but it’s amazing that today’s manga readers don’t have to endure that. Shonen Jump helps you to read select chapters for free, but you can become a member for $1.99 per month if you want access to anything. Now if that doesn’t get in your best Manga reader app for Android and iPhone then we don’t know what can. 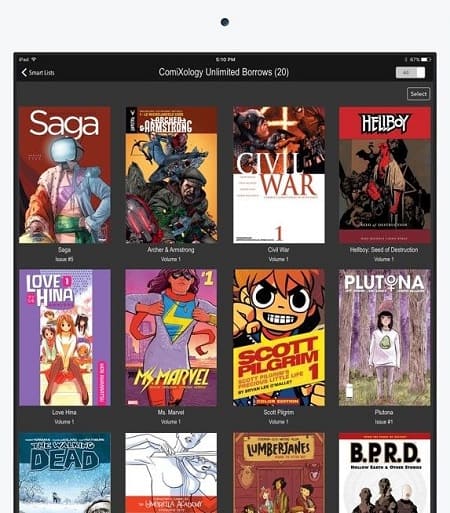 Whether you’re a digitally reading Marvel, DC, or Image comics fan, there’s a fair chance you’re still doing so by Comixology. Why use another app, if so? I’m a huge fan of the digital life being simplified. The majority of publishers of North American manga make their downloadable titles available on Comixology. The only caveat here is that, in digital format, not all manga series are available. To top it off, Comixology is owned by Amazon, which should cut it some slack to be in your best Manga reader app for Android and iPhone list.

Some titles, on the other hand, are available in digital format only. The sales of these digital-only series are also used by some North American manga publishers to decide if they can issue a print version. Overall, for new fans of Western comics and occasional manga fans who usually read their Kindle ebooks, I consider Comixology to be the greatest manga reader. 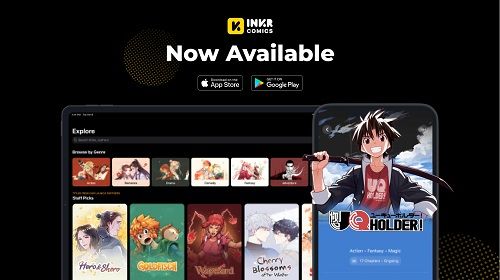 INKR comics is the concept behind the popular scanlation manga aggregator app ‘Manga Rock’. The squad, which was revealed in April 2020, aims to promote comic writers and publishers. The income created from the app is shared between content owners and publishers to accomplish this.  You get access to a selection of comics through action, romantic, humor, horror, mystery, isekai, a slice of life, sci-fi, and more with this app. You will find material that you are sure to enjoy, together with the customized recommendations system. In addition, if you have several accounts, the data and reading progress are auto-synced by the app. 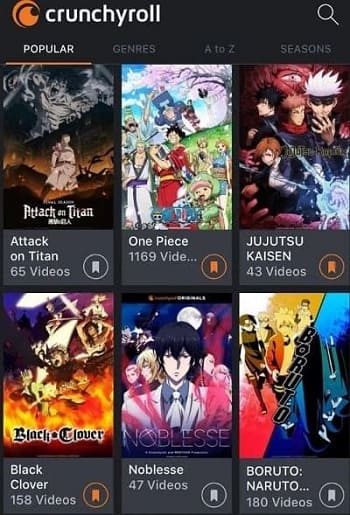 Crunchyroll is known to most people as an anime streaming platform. A premium subscription, which allows you to watch new anime episodes an hour after they are released in Japan, is less known, including access to a good variety of manga titles. You won’t find any titles from VIZ, but you will find Seven Seas Entertainment, Kodansha, and Vertical released manga. Some of the collections are complete volumes, while others are written in Japan as the most recent chapters. For starters, if you’re catching up with Ajin: Demi-collected Human’s volumes and can’t wait for the next edition, you can check out the new serialized chapters.

A significant thing to remember, however, is that they’re deleted from Crunchyroll until these latest chapters are compiled into a volume, so it’s in your best interest to remain on top of your reading list. If you’re an anime lover as well, Crunchyroll is the perfect manga reader for your budget. 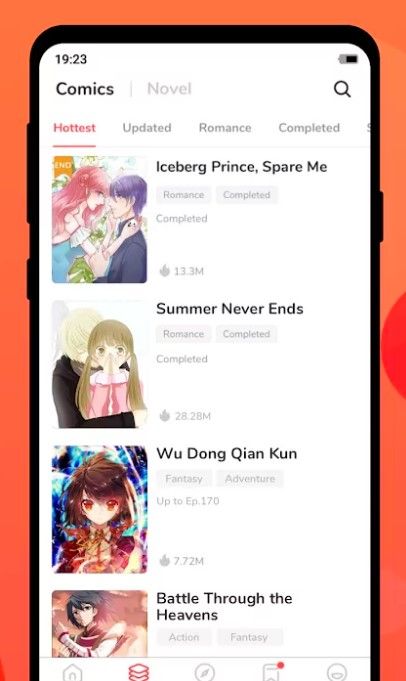 MangaToon is a hot shot if you want to read colorful comics. This manga app looks right on the money, both in terms of having a huge library and a wide variety of genres, including comedy, sex, suspense, drama, and action. It also adds the hottest online comics every day, much like most of its predecessors. And you can make a fun list of your favorite books depending on your taste and even download the ones you want to read without any interruption while offline.

Not only is it the best Manga reader app for Android and iPhone but if you have your own story to tell, the MangaToon is certainly the platform for you. With a worldwide reach, this will give place for you to shine bright. The app has revolutionized how one sees Manga and given the newbies a chance. These are available in English, Vietnamese, Spanish, Indonesian, Portuguese, and Thai. 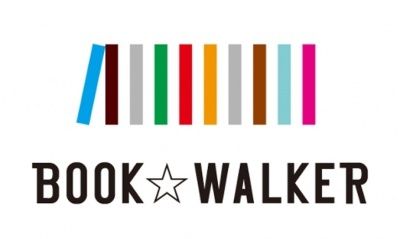 For manga and light novels, Book Walker is an international ebook store. It’s sort of like Amazon, except that it sells just those two items, which makes it easy to shop casually. The storefront separates all into divisions such as new updates, recent serialized chapters’ simulpubs, award-winning movies, and even anime-adapted series. In Tokyo, it is considered to be one of the best manga reader app.

However, the big drawback to this platform is that it is located in Tokyo, so international transaction fees may be paid to you. You will need to use the website to make orders, which is inconvenient if you’re all about shopping immediately with an app like I am. To make up for that, they offer various offers and coupons for you to redeem so as to get a good discount every now and then. 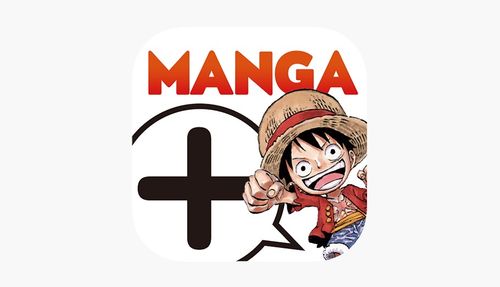 You’ll typically remember several titles in its collection as the official service of Japanese manga publisher Shueisha. That’s because Shueisha is the home of the North American manga publisher VIZ Media’s sister company, Shonen Jump. In addition to the Shonen Jump collection, customers also get a first look at titles from the company’s other manga publications. The service is 100 percent free, but it is targeted at devoted readers who, when they are serialized, follow titles.

The traditional format includes providing the first 3-6 chapters of the existing series and the newest 3-6 chapters. This trend isn’t observed by any manga series, but it can change at any moment. You must read the entire Spy x Family for free prior to being licensed by VIZ. Now, however, it fits the structure of “first 3 and latest 3.” As you will see, keeping up with the reading of manga encourages you. This is why Manga Plus makes the cut for our best Manga reader app for Android and iPhone. 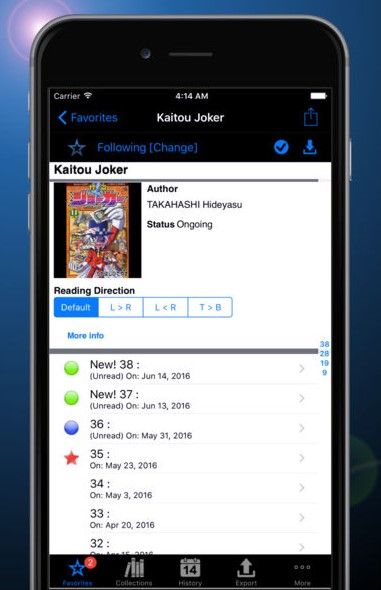 Looking for the perfect app on your favorite websites to read the manga? Manga Storm is an easy yet fast manga reader that offers high-quality reading along with a large range of developer-made functions. You can connect manga directly to this application from your favorite pages either by entering the site’s URL or by using the built-in browser. The app gives an optimal reading experience and is hence the best Manga reader app for Android and iPhone.

The reading process is significantly complemented by a list of what you have previously read or are going to read. You won’t come across what has already been read before. Your reading progress is immediately saved. There’s really nice architecture in the framework as well. The manga can be downloaded on your phone and read anywhere, anywhere! 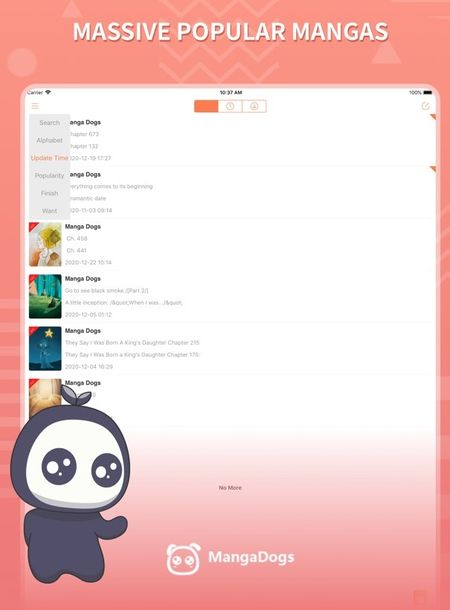 It wouldn’t be smart to skip a highly intuitive app like Manga Dogs when you talk about the best manga app for iOS and Android. A huge catalog of thousands of mangas from more than 20 outlets is one of the main highlights of this app. So, without a speck of doubt, it has the goods to appeal to your diverse tastes in reading. The app is also said to have a track of your reading and suggest to you what falls in your taste and would ensure your undivided attention in reading making it easy for you to find a new Manga.

Besides, once your favorite books are updated, it often sends out reminders so that you can never skip them. On top of this, Manga Docs comes with a handy advanced environment that unlocks the game to spice up the reading with a lot of versatility.

Manga with time has started turning a lot of heads and attracting people in its web. There is indeed no doubt it has become one of the most famous types of writing and gained a lot of importance in recent apps. These apps are aimed for you to get the best Manga and the ones you have on your list ticked off as they give the best choices.

If we missed out on any major app which outdoes the list, do let us know through the comment section below and do let us know which one of these apps turned out to be actually useful to you. Keep in touch for more Manga-related news and details and for various other hacks and tricks to get things done as we will bring you the latest and the best. Believe it!!!!