Why would someone want to control laptop fan speed? The general consensus about OS is that, the OS is designed in such a crafty way that it tries to utilize the hardware beneath as amicably as possible. Still, there are few occasions where you would like to take a control in your hands. One such example is mentioned in this post.

For example, your laptop is overheating or suffering from excessive heating after a certain period of time. In such adverse case, you would like to take the matter in your own hand and control laptop fan through BIOS or some other mechanism, in our case software. Before moving ahead, you should understand the risk involved in toying with your hardware and inadvertently misusing it.

Often, the users wants to turn on fan to 100% capacity on excessive temperature. The best alternative is to use the laptop cooling pad. Putting the laptop on the sofa or bed sometime devoid it from sufficient air circulation which it needs to keep the components at a certain temperature. In normal case, you should avoid such situation.

In another situation, assembled computer or laptop fans are not configured properly or always set to run at maximum fan speed, which you want to reduce the speed of the fan. Whatever the reasons are, following universal laptop fan control software will let you control the speed of the laptop / computer fan.

The first thing you would want to do is to search for your laptop model number and look for a possible clue. Also take a look at the BIOS settings and see if there are any settings available to tinker with. Our previous tutorial teaches you how to Fix Blue Screen of Death. We won’t be going this route though. Instead of that, we will go through simpler way, that to use third party apps to control laptop fan speed.

The father of all computer/ laptop fan control software is Core Temp. It supports heaps of motherboards starting from AMD FX series to Intel based core i7 series devices. For a detailed list of supported hardware kindly refer this list. It is one of the simplest and most powerful software to control laptop/computer fan speed. The way it serves an abundance of minute detail about your processor is commendable.

It displays detailed information about every core in your system. A graphical representation of the temperature gives you a real-time information about the varying temperature. It supports X86 based Intel, AMD and VIA processors. For vista and Windows 7 users, it offers a unique widget option to serve all the fine details on your desktop. The software is in active development, this is why it is a better option compared to other software in the market. 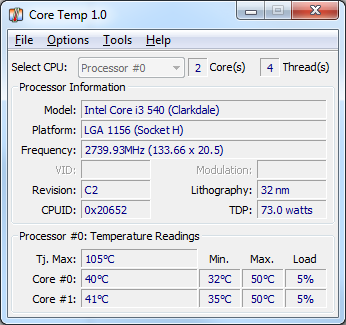 From pas several years, I have been using SpeedFan personally, though scarcely. SpeedFan is probably the oldest and most reputed Windows freeware available that presents dozens of settings to know every aspect of digital sensors on your PC. If the hardware permits, it also lets you control laptop or computer fan speed. To know more about supported motherboards and hardware visit this page. It’s multiple temperature controls can control each fan speed separately.

Of course, there are many software that can read the temperature sensors and provide information in real-time. Following software can do the same, but won’t be able to give you the control over them.

Open Hardware Monitor is an open source hardware monitoring software that does what its name implies. It can read CPU temperature from the temperature sensors placed on Intel and AMD processors. Additionally, it could also read Nvidia video cards as well as SMART hard drive temperature. Even, a desktop gadget option is provided to monitor all the details from the desktop.

It works on both Windows and Linux operation system. Similar to Core Temp, it displays multiple core separately. It also displays all the fans minimum and maximum RPM. If you’re interested in something along this line then you can grab it from this link. 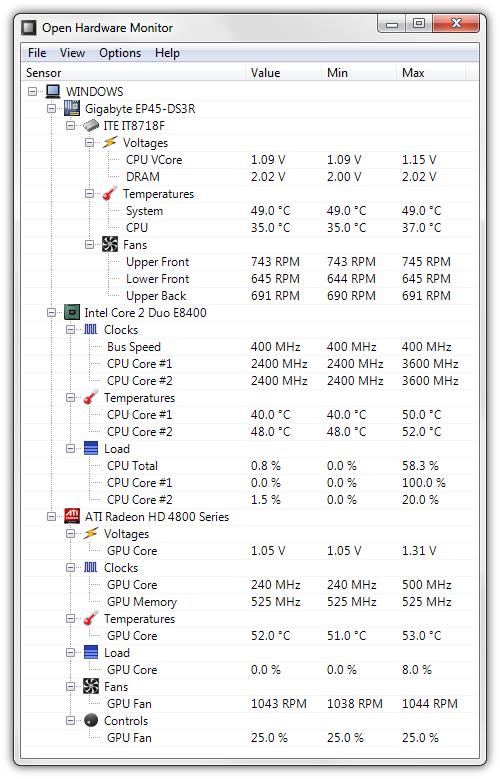 In case, if you’re looking for something better than an open hardware monitor or alternative then look at Real Temp. Like aforementioned programs, it measures heat from digital thermal sensor and displays the data relative to TJMax. In short, it mentions the maximum temperature your individual core or CPU can bear.

In a critical situation, it can play an alarm and shutdown the system automatically. It doesn’t modify your registry settings. Real Temp is an ideal option if you would like to monitor CPU. 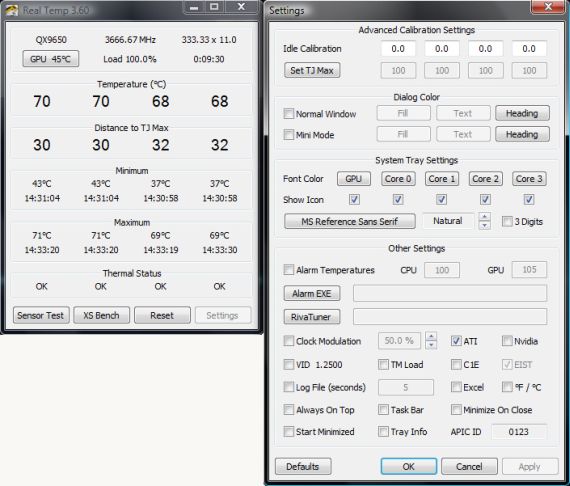 Core Temp and SpeedFan does an incredible job in monitoring and maintaining hardware temperature. The long term cheaper option is to use a cooling pad if your laptop is suffering from the overheating issue due to one or another reason. A worried user should use Real Temp with features like auto shutdown. When you reach a critical level shut down your system and let it cool for a while before you wake it up.

In most of the cases, you can dig BIOS setting to control the fan speed. The system is smart enough to monitor and control laptop/computer fan speed based on their temperature and CPU usage. Have you tried any other software to control laptop fan speed? Sound off in the comment section.