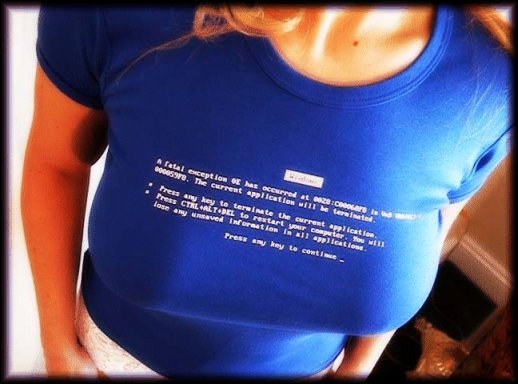 Have you ever got those scary blue screen after installing new OS or hardware? To aggravate the situation further you’re forced to restart the system and forced to find a solution first else you won’t be able to anything on your PC. This phenomenon is popularly known as ‘Blue Screen of Death‘. Users will be thrown out of the system like a drunkard out of the bar, so near still so far from his alcohol. The worst thing is that there isn’t even any clue of what might have caused this problem. The dreaded error will only give some gibberish codes which will give no respite to an average computer user.

For advance users About.com has a wonderful collection of BSOD error codes which you can access from here. In major cases only faulty drivers or lack of it, are to be blamed for the error. Windows system is smart enough to detect it and stop your PC from getting damaged further. It generally is called as a STOP error. Advanced users can also read the memory dump file which requires a great skill and deep understanding of a Windows system. Users require to post-mortem crash dump with different debugging tools. Obviously, you need to have great debugging skills in order to understand the error code presents in the dump file. For simplicity, we’re not going to follow that difficult route. Why one would follow such arduous method when most of the time it could be resolved by simple to use software.

Some of the quick fix solutions to blue screen of death problem are fixing it via Safe mode or resolve it using a bootable disk utility like a Wondershare live boot but that needs too much of the work.

Alternatives to Notepad++ for Mac

Software makes the whole procedure a cake walk and so is the case this time as well. Following post covers 2 of the most useful utilities to fix blue screen of death error. Both of them are distributed for free.

BlueScreenView from Nirsoft is easy to understand memory dump reader for sufferer of BSOD. Users will get information about minidump files created during a BSOD crash along with drivers or modules that might have caused the crash. Users can get all the minute details of the BSOD and then can follow to install drivers or modules to fix blue screen of death problem.

BlueScreenView is available for free which makes it one of the must have system utility. It also supports various other languages. It is compatible with Windows XP, Server 2003, Server 2008, Windows Vista and Windows 7 (both 32-bit and 64-bit versions).

WhoCrashed is yet another simple intuitive utility that gives detailed insight of dump files. Who Crashed gives information about what kernel modules or device drivers might have caused the BSOD error. In most of the cases it pinpoints the real culprit behind this error and let you fix blue screen of death or BSOD error. Users can use Driver Verifier in conjunction with WhoCrashed by Resplendence to fix or resolve the BSOD error. Similar to BlueScreenView it supports most of the Windows OS. 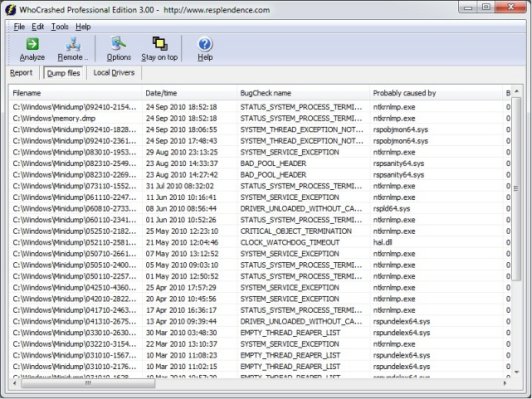 The professional version of WhoCrashed will create a dent of $34.95 in your pocket. However, free version of the software is enough in the most of the cases.

WhoCrashed and BlueScreenView utilities read memory dump file and interpret in easy to understand language. It also points to the culprit(s) behind the error and most of the time they are correct. BlueScreenView is more easy to understand also mimics the blue screen which you might have encountered. In the nutshell both of them serve the same purpose so it won’t be easy to say which one is better than another.

Have you found any other utility like above? Have you been able to fix blue screen of death error using above tool? Sound off in the comment section…