Metro UI is an obsession of Microsoft. The new and claimed to be a completely revolutionary user interface may err users who are used to the traditional Windows UI since XP time. How about taking the whole matter in our hand and completely remove Windows 8 Metro UI element from the OS completely? Sounds like a daunting task, isn’t it? Well, this is where a new application called RetroUI comes to rescue to troubled users. RetroUI brings back Windows 7 style or traditional Microsoft UI to user’s sustenance. Those who became acquainted with the GG blog have already been treated with a tutorial to bring back the Windows 7 start menu on Windows 8 OS using Start8. Consider, RetroUI an elder brother of Start8 which completely overhauls the Metro user interface in lieu of the old interface.

The initial review of new Windows 8 UI based on the tile or metro design where something to brag about for Redmond based software giant. However, the elation moment soured when neophobics came ahead and expressed their disdain with the new OS. Microsoft suddenly fell on the ground from the cloud and realized the truth that it is a tech enthusiastic community who favors Metro UI or adapted it quickly. But normal end-users who are used to the traditional users find themselves in a dark room searching for the light to help them out. It will be interesting to see how quickly this user base adapts to the new technology, otherwise it would not be too exaggerating to say that Windows 8 will meet the same fate as of the Vista OS. 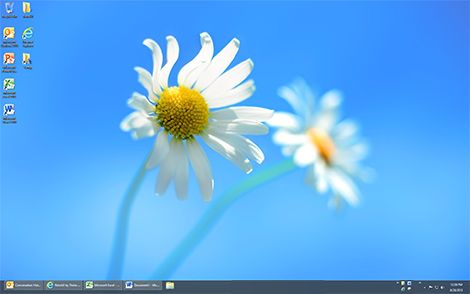 If you belong to the second group of people who feel that you’re forced to embrace the new Metro UI, then this is the time to stand up and do something to change this equation. RetroUI will change your perception about this new OS. It will empower you so you can remove Windows 8 metro UI in favor of old Windows UI. As the name connotes, you can remove the Metro UI element from the Windows 8 and change to something you’ve been accustomed to since long time. That doesn’t necessarily mean that you’re completely ditching the OS. It is just that you’re tweaking it to something more appropriate for you. This means you can still enjoy all the features of Windows 8 whilst changing the UI to something you’re habituated of.

The developer Thinix says that RetroUI allows user to bypass the Windows 8 Metro UI and automatically return to a classic Windows desktop after login.

The app is designed to let users switch back and forth freely from different interface. It goes so far to change the Windows desktop at login, removes Charms bar, Hot Corners and Metro Switcher. All these features can be made inaccessible or disable from the configuration panel. Such functions do not come for free, and so does this new RetroUI utility. Users can pay as little as ~$5 to get hold of the three-PC license. Considering the comfort it offers to the users, it may not be a big blow in the user’s pocket. But that also defeats the purpose of evolution. Have we ever moved out of cage, if we had refused to come out of it? Some changes are necessary devil and sooner or later we have to adopt them.

Our other How to guide

How to Search app in Windows 8 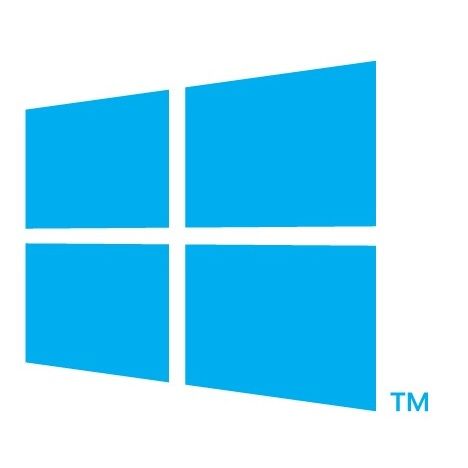 The developer has given the freedom to test out the full-fledged product for a week before you decide to whether purchase it or left it alone. There are minimal configurations to help stranded users. The biggest question is, will you remove/bypass Windows 8 metro UI with this app? Does it not defeat the whole purpose of adapting to new interface which later can offer much more comfort to the end-user.

As far as personal opinion goes, I have started loving the new metro UI and have no intention to revert back to the old user interface. But, that doesn’t mean I do not respect the opinion of others. It totally depends on users’ taste which varies substantially from people to people, community to community. Feel free to bother us if you are confused using the app, but before that check out the detailed video to aid in the purpose.

So have you removed the Windows 8 metro UI yet?