Disney Plus was one of the most awaited streaming service everyone was waiting for. Not only Android, iOS and web browsers, but this time, PS4, Xbox One, Roku, and smart TV devices are also compatible with Disney Plus. Most of you stream your favorite shows on your iOS and Android devices but there’s no guide from Disney on watching Disney Plus on PS4.

Is Disney Plus Available on PS4? 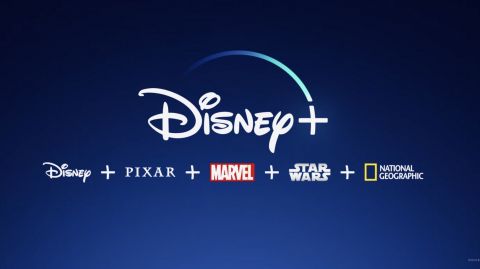 How to Watch Disney Plus on PS4!

Step #1. Sign up for Disney Plus streaming service from here.

Step #2. Switch ON your PS4 and head over to the PlayStation Store.

Step #3. Now, hit the search bar and search for Disney Plus and click on the Disney Plus on your PS4.

Step #4. Next, click on the download option which appears on the left hand side of the screen under the picture.

Step #5. Once downloaded, head over to the TV & Video section by selecting the icon and click on the Disney Plus App then after.

Step #6. Now sign in to Disney Plus account and enter your login credentials which you created in the step #1. Or if you’ve already created an account, simply enter the login details.

Step #7. Once you login into your Disney Plus on PS4, you can now browse and play any movie or show of your choice at a glance!

That’s how simple it is to get Disney Plus on PS4.

How to Stream Disney Plus in 4K on PS4

As I mentioned earlier, if you want to stream 4K videos on PS4 using Disney Plus, you cannot do it on your PS4. But that’s not the end to the story! You can stream the videos on your PS4 Pro if you’re planning to stream in 4K resolution.

That’s not it, you also need to make sure that you have a stable internet connection, at least 30+ MBPS for sure. If you don’t have such internet speed, it will not be possible to stream 4K resolution videos on your PS4.

How Much Does Disney Plus Cost for PS4?

The cost for Disney Plus for PS4 users will be the same for all platforms such as iOS, Android or any web browser. The monthly subscription charges are $6.99 and the annual charges are $69.99 per year.

So if you’re subscribing to Disney Plus per year, you save almost 13.89/year if you had choose monthly plan. So just in case, if you want to test the services, you can go for monthly plan but if you’re sure to use it for at least an year, it’s better to subscribe with the annual plan.

Besides this, you can also purchase a bundle pack of $12.99 per month which includes Disney Plus along with Hulu and ESPN+ as well. That’s a good deal overall considering the cost and the programs you get to watch on your PS4 and other devices.

Conclusion on Disney Plus PS4

So, now I hope all your concerns regarding connecting Disney Plus to PS4 are solved. Let us know in the comments section if you still face any issues while watching your favorite programs on PS4. Stay tuned to GeniusGeeks tips section to know more updates on Disney Plus guides.