Google has officially rolled out its first public beta version of the long-rumored smart storage manager system called ‘Files Go.’ Interested smartphone users can check out the Google Play Store to access the Files Go APK Download version. The public beta launch does not come across as a surprise because of just days back, the leaked version of the application went viral on the internet.

Google is believed to have launched the ‘Files Go App’ as a part of the company’s ‘Android Go’ project. The search giant has been working on expanding the reach of its Android Go project for months now. Their major vision is to ensure that the users experience impeccable mobile activity regardless of whether they are connected to the internet or not. 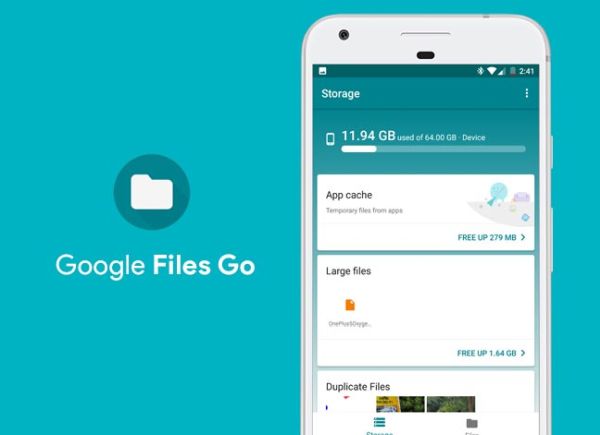 Google gave away a hint towards the launch of the Files Go apk back when they accidentally listed it for public viewing on the Play Store. Google fans were quick to notice the new introduction. Through the description of the application, the followers were able to conclude that Files Go for Android might probably be the same as what AirDrop is on IOS devices. Following given are a list of primary features that users will be able to avail through Google Files Go APK Download version:

Individuals will be provided with the ability to share files between two Android-based, smart devices seamlessly. Note that this can be carried out even without depending on an internet connection for the same. Google Files Go App– just like Apple AirDrop will entirely depend on the support of Bluetooth for this purpose.

#2. Save up space by transferring to Google Files Go

When the beta version of the Google Files Go APK leaked for use, Android smartphone users discovered that they will also be given the option of transferring files to the app. This will allow them to free up a lot of space on their respective devices. This empties out space that exists in both, the microSD card slot option as well as the RAM storage. The Google Files Go app for Android majorly depends on Google’s proprietary cloud service for storage purposes.

#3. Remain aware of which apps you use

Apart from this, the app also provided a separate tab which concluded all the applications, files and other related data that weren’t being used. This way, the users remained aware of what they could potentially delete or eliminate from their smartphones in order to create more space for something relatively more important. 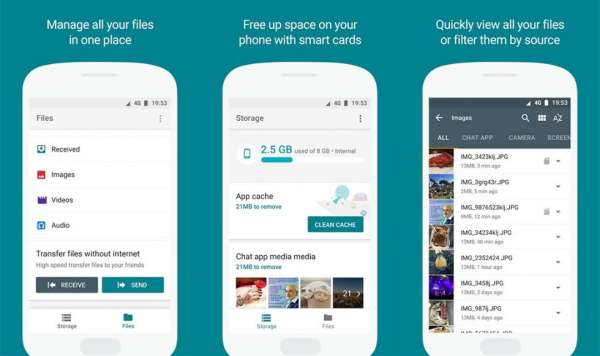 #4. Stay organized when it comes to your data

Many times, smartphone users find a difficult time staying organized especially when it comes to their devices. All their data is either scattered or missing. But with Google’s Files Go application for Android, users can remain organized with just a single click. The app is designed in a way as to provide users with two basic options, i.e. Storage as well as the Files option. The first tab keeps the users informed about the amount of storage available for use. On the other hand, the second tab keeps them informed about the potential apps that they can delete.

The Google Files Go APK Download version is available for installation on the company’s official Play Store platform. It is free of cost and merely takes up roughly 6MB of space. Individuals do not require an internet connection for the use of this application.

Experts from varied fields have described Google’s latest initiative as being the kind of platform that offers the perfect combination of Wi-Fi and Bluetooth. The truth is, it was high time that Google provided this experience for its followers. iOS users since ages have been utilizing this platform for the exchange of files.

Android has millions of users that required, which included the kind that made use of devices that were comparatively lower and relatively higher-end. Given that Google also launched the Android Go project, it is great to know that search giant has finally come through with more additions to perfect the Android experience for all types of users. Stay tuned to Nox App Player website for more information on official Google Files Go APK release.

Harshil is a tech enthusiast with the zeal of changing the way people look at technology. He is often found testing out new gadgets when he's free!
Articles: 227