Comixolgy, a comic book reader downloader for Windows 8, has made reading comic books on Windows 8 OS a fun. We continue to strive to serve our readers with better applications for their daily usage. As an avid reader and a person who always aspire to become a comic book character on one day (sort of childhood dream), I, personally, always admire comic books. Although I would like to read comic books a lot, but due to time constraint it becomes a bit difficult to allocate more time for leisure activity. Being one of my favorite past time or leisure activity comic book reading has always enticed me to look for more and more comic book readers/ downloader and eBooks in general.

Note: Earlier we did provide a way to download the free Kindle fire book (this link) on this very blog.

In my long pursuit to find a better comic reader for Windows OS, especially my new found love Windows 8 OS, I have scourged the web for such application. The same effort yielded in the past post where we have provided an extensive collection of Linux comic book readers. ComiXology is an app that provides comics in digital platform. It has more than seventy five million comic downloads to date and provides over more than 25,000 comic books and graphic novels across the iPhone, iPad, Android, Kindle Fire and the Web. This app has a steady reputation of being one of the top grossing iPad app in the entire iTunes app store and for this very reason was called the “iTunes of Comics” by The New York Times.” 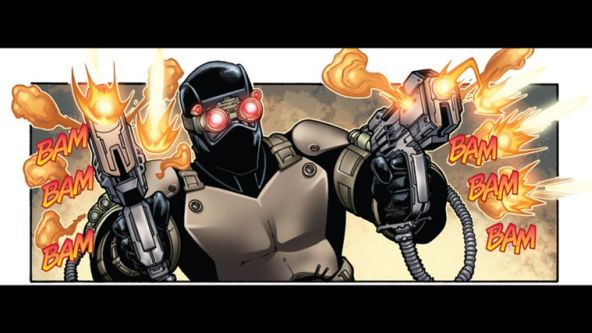 When it comes to services which deliver digital versions of print comic books then ComiXology is the clear leader and no one comes even close to it. Recently ComiXology has added one more feather to its cap by launching an app especially designed for the Microsoft’s Windows 8 metro based operating systems. It comes with a simple but intuitive user interface. The cleanness of Metro UI makes it a worthy comic reader on the greatest OS by Microsoft so far.

The comiXology Windows 8 comic book reader download app uses some of the features unique to Metro apps. For instance, users can check their email while reading digital comics with the “snapped mode”. Also, it allows users to search for comic books by zoom and pinch gestures. This feature is called the “Semantic Zoom”. The Metro apps look is also fresh, unlike any other versions of ComiXology. It’s neat, uncluttered and looks clean and clear from beginning to end with zero distractions. Users will find easy access of commands are commands will be waiting for them just outside the margins of the screen. The left of the screen displays all the thumbnails of cover of comics that have been recently read. On the middle of the screen is a grid that showcases all the comics that have been downloaded by the user. And finally on the right side of the screen is a place where it shows all the comic books that have been purchased by the user but have not yet been retrieved from the Cloud. The app follows the metro guidelines very well, arranging comics in a format that will be familiar with Kindle and other eReader users. The comic reader has taken the comic reading experience to a whole new level. Users can download 10,000 already available comics. 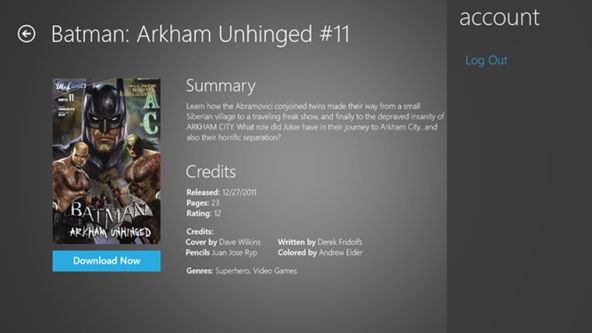 Would you like to check out more Windows 8 related apps and how tos?

How to Search App in Windows 8 store

The Windows 8 ComiXology comic book reader app allows user to download and read over ten thousand comic book titles. However, the version of ComiXology designed for the Windows 8 preview release does not allow users to directly purchase comic via this application. Users have to purchase comics from another device and then download it from the Cloud to their Windows 8 device. ComiXology is working to overcome this drawback and it plans to add this feature to its windows 8 app when the final version of Windows 8 is released.

ComiXology at present has the authority to release past and current digital comic books published by Dynamite, DC, Image, Marvel, IDW, Boom Studios to name a few. The only giant in comic book publishing which is missing from ComiXology’s arsenal is Dark Horse Comics, which have their own digital comic book service.

During childhood comic books are very beneficial and integral part of almost every child’s imagination and you can get those days back again by this latest ComiXology Windows 8 app. So go ahead and download this cool app and relieve the world of Superman, Batman, Spiderman and others. Since the app is in the preview release mode, users can expect it to bring more features to the table. Considering the reputation it has earned over 5 years of span, users can rely on this comic book reader app. We’re sure that you will enjoy reading comic books on Windows 8.