Most of the time, MySQL works great without any issues but sometimes we may face issues that can be related to configuration files and many others. You can’t just remove your MySQL by sudo apt remove. It requires some steps.

Today, we will guide you through how you can manually remove MySQLfrom Ubuntu 22.04 or later including configuration files. And we will also reinstall it again.

What is MySQL and Why it is Used?

MySQL is a database management system based on SQL (Structured Query Language). It is used for a wide range of applications such as data warehousing, e-commerce, and many more but it is mainly used for web databases.

It is so powerful that you can use it from storing a single record of data to the entire inventory of products for an e-commerce store. It can be scaled to handle thousands of queries per second.

Unlike other uninstallation processes where you can remove packages by a single command, we are required here to perform several tasks to remove MySQL completely from Ubuntu so that we can reinstall it without worrying about any conflicts

First, we have to check whether MySQL is currently running or not. If it is in an inactive state, we have to stop MySQL. The reason behind this is we can’t remove actively running programs. It will get us an error.

To check the status of MySQL, use the following command:

As you can see, MySQL is in an inactive state so use the following command to make it inactive:

As you can see, it is inactive now so we can proceed further in the uninstallation process.

We are going to use purge so that we can remove all the packages including dependencies. To uninstall MySQL Server with all dependencies, use the following commands: 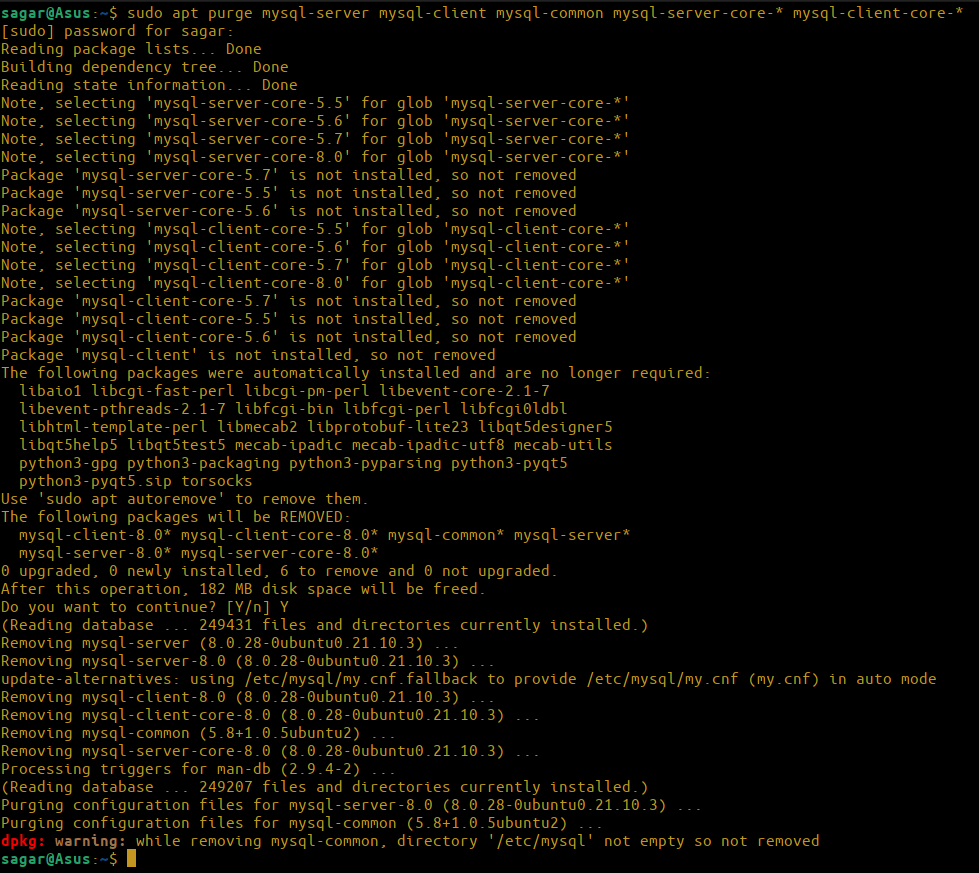 Backing up and Removing MySQL Directories

We recommend you top backup your directories because they might contain important information inside. These files are present in /etc and /var/lib/mysql directory. We are going to rename them so they won’t get deleted.

To take backup of your files, use following commands:

This command has renamed the file present at /var/lib/ from mysql to mysql_bk (bk is used for indicating backup, you can make it as you want.)

Similar to the prior process, we have also renamed the file located at /etc/ which was previously named as mysql has been renamed to mysql_bk.

If you want to remove directories rather than backing up, you can do that by using a single command:

This is the last step of the uninstallation process where we are going to remove packages that are no longer required for our system. Use the given commands to remove them: 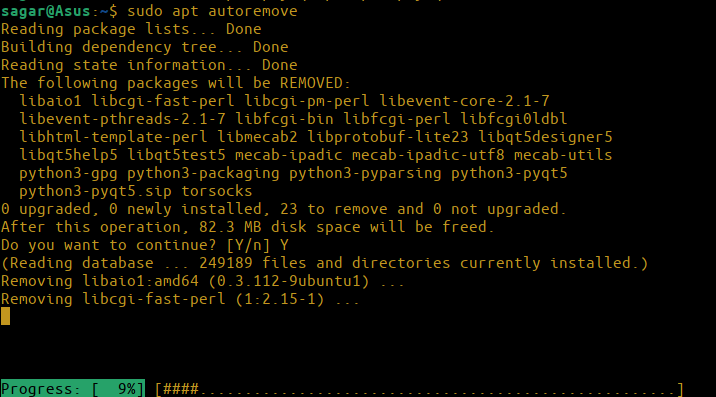 As you can see, we have released 82.3 MB of space by removing unnecessary packages.

After going through the procedure of uninstallation, our system is ready for a clean installation of MySQL. When you install a fresh copy of MySQl, it will generate new files at /var/lib/mysql. 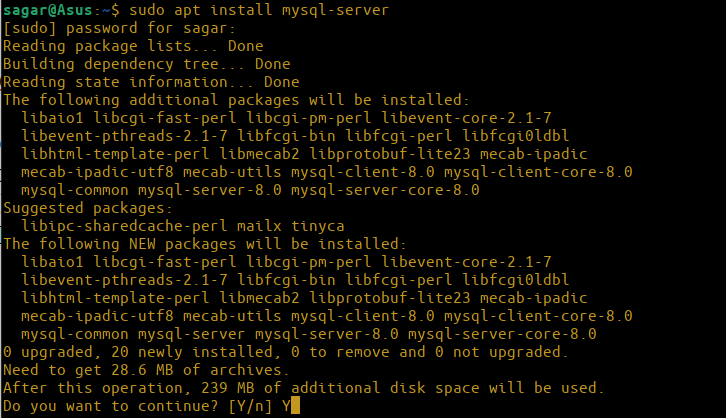 MySQL has been installed on your Ubuntu system.

How do you check MySQL is installed or not?

Does uninstalling MySQL delete the database?

No, by deleting MySQL you are just removing the packages. If you want to remove its database, you are required to run this command: drop database <database_name>

MySQL is a great tool for managing your web database but some unavoidable situations arise where we are required to uninstall MySQL from Ubuntu 22.04 and reinstall it to overcome errors.