Canonical unveiled their 2013 roadmap with Ubuntu Phone. The all-embracing device will be launched in 2014. However, Android users can get a flair of Ubuntu OS on their device starting today. The OS has been launched for Nexus and few more devices, but if you’re one of the who are itching their palms to get the hands on ambitious Ubuntu OS, then here is the right chance for you. Unity Launcher, an app launcher, brings an Ubuntu Style launcher on an Android device. The launcher resembles the looks and functionality of Ubuntu’s vertical app switcher. Unlike any other OS in the market, Ubuntu for phone has a different way to operate and interact with the applications. Swipe from right-to-left to bring forth the app switcher which will present most often used apps collection.

Scrolling from top to left will let you scroll between the apps. Overall, it gives a simple way to access most used apps. Unity Launcher is the Ubuntu Style launcher for Android devices. Unity launcher works in similar fashion like any other multitasker available in the market. However, it tries to emulate the behavior of the Ubuntu for Phone. With this version, you’ll be able to enjoy the flair of Linux on your device. The porting of Ubuntu OS for the phone will take some time, meanwhile, you can try out the Unity launcher to give you some respite. 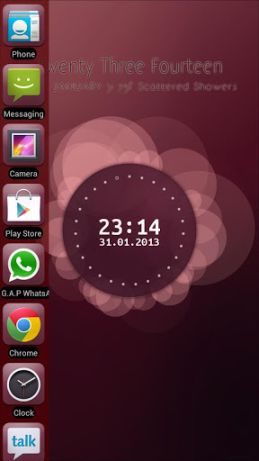 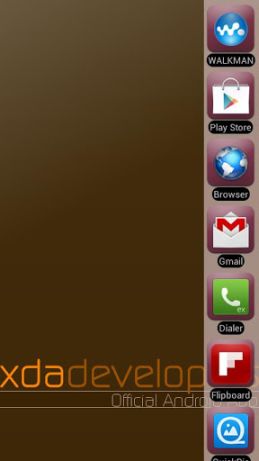 Unity launcher is available in two different flavors: paid and free. Basically, it will bring the edge launcher to your device. Swipe in from left corner and you’ll have most often used apps handy. Without further ado, let’s take a quick glance at the features of both paid and free versions.

In case if you are eager, you can learn how to download APK files to your PC directly. 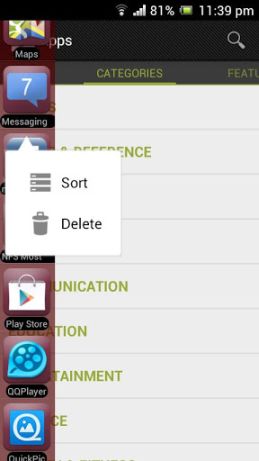 There are a few settings to play with in a paid version. However, don’t expect it to offer a great deal of flexibility. Overall, unity launcher is the best options available at the moment. The paid version is available at $0.99. When it comes to UI tweaking and customizations, there are only a few options available at the moment. The free version doesn’t have any customization options available, so you’d have to purchase the paid version to enjoy the freedom. Let’s hope that the developer will integrate more functions so users can enjoy more freedom on  their android devices. If you’re bit skeptic, we’d rather advice you to wait for a while before some talented XDA developer come ahead and provide the porting for your device.