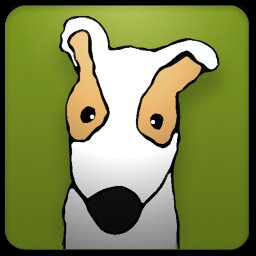 Being in evolution phase, Internet has become almost an integral part of 21st century people. However, it doesn’t come free and ISP put data caps to restrict the over usage. Of course, there is a whole community of people who can not even think of living without Internet in their wildest dream. Internet data caps are reality and either users have to monitor the Internet usage on their device — be it Desktop, smartphone or tablet – or pay hefty bills after exceeding allotted data. Obviously, the latter option is not feasible solution hence it is necessary to find apps that can monitor internet usage and keep us alerted. Instead of covering apps of different category, we’re trying to narrow down our focus to Android handsets only.

All of the below apps will alert you of data usage. 3G Watchdog, as being my favorite app, goes one step further and provides you estimated data you could consume based on your daily usage. Needless to say that such data is very helpful if you’re performing repeated task all the days, like browsing favorite sites daily (say geniusgeeks), download songs etc. Some of the apps will let you monitor how much bandwidth is consumed by particular application and based on this analysis you can decide whether you should use it frequently or scarcely. 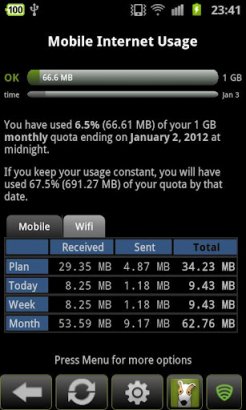 As mentioned earlier, 3G Watchdog is one of the android app which I can’t live without. Especially keeping limited data caps and hefty charge in India, 3G watchdog comes in handy. It is a true guardian that smartly monitors internet usage and alerts you whenever necessary. What keeps me glued to this application is its ability to measure data usage and set alerts according to it.

For example, if you’ve 1GB data plan then you can enter essential data like month Quota, number of months, starting date etc. There is an option which will let you alert when you exceed allotted quota say 75% of 1GB. In fact, it has an option to automatically disable 3G connection when you exceed mentioned percentage of quota say 99%.

3G Watchdog also come with tons of other setting like update frequency option, notification method, widget etc. It accurately predicts the usage as well as it gives daily, weekly and monthly data usage. We like 3G watchdog android app so much that we’ve included it in the mush have Android apps list. It is available in both free and paid version from Google Play. 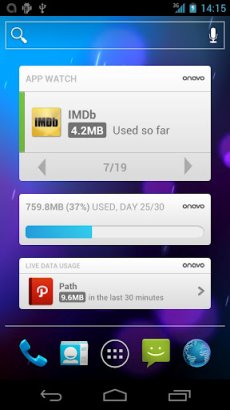 Onavo is yet another stunningly beautiful android app that is visually very appealing. Onavo comes with live data usage widget which will show you which apps hog the memory most. The smart data hog blocking feature will restrict specific apps to WiFi usage. This avoids overages due to exceeding data caps limit. In addition, option like blocking 3G data altogether will also help you avoiding excessive data usage charges.

Similar to 3G Watchdog, it can also predict monthly data usage based on your daily usage. There are three widgets to give you tailored alerts whenever you approach your data cap limit. Onavo is a hugely popular app amongst data concerned users. Users might come to know some surprising data consumptions stats when they look at widget called ‘Live Usage’. As mentioned earlier, it lets you give insight about the app’s data usage. 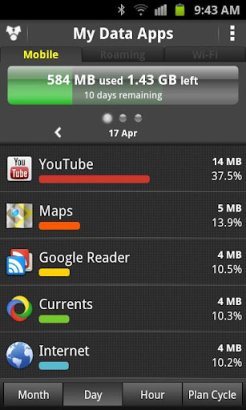 My Data Manager ensures that you use ideal plan and never exceed your data caps to avoid overages. It solves your basic problem of internet usage monitoring. It accurately monitors the data usage of the app and alerts you with all necessary data. It will enlist all the apps you uses along with some statistics like percentage of data it consumed and amount of data. A small status bar will show you your data usage progress of the month, day and week. It also monitor your mobile internet usage along with Wi-Fi usage.

It also shows a detailed graph of all the apps data consumption. In spite of giving detailed information, it doesn’t provide any control over the app like Onavo does. The developer has also created an iOS version of the app.

Have you used any other app to monitor internet usage on your Android device?