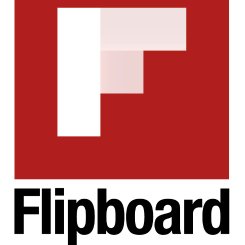 Samsung managed to get exclusive Flipboard app on their newly launched specs monster Samsung Galaxy 3. To much surprise of the users, Flipboard was not served to wider android community via Google Play store. However, it didn’t stop enthusiastic XDA developers from nabbing the Flipboard APK. In fact, it is being served to all users of the community to try out making it a flop-exclusive app. Similar to Instagram, which was recently acquired by Facebook, Flipboard was the iOS only exclusive app catering smart users of iOS community.

When Flipboard unveiled in year 2010 first, it created a huge buzz. This social network aggregation service instantly kissed the fame thanks to its unique features offering and eye popping UI. Samsung would have thought that they struck a golden deal when they announced it to be an exclusive app for Galaxy SIII users. In fact, they would have thought of riding roller coaster to beat superior competitor like HTC One X with such an exclusive content. Otherwise, HTC’s One X seems to beat Galaxy SIII in most of the department starting from the exterior look. Since Flipboard APK has already been ripped by the developer and served publicly, it would definitely hurt Samsung a big time.

Although it is not know whether Samsung had any plan of advertising Galaxy SIII along with Flipboard, but the recent leaks will definitely prove to be a big dent on their pocket. Definitely, all the credit goes to relentlessly hardworking developer of android community to bring the joy on user’s face (and tears on the Samsung’s face).

It’s unlikely to appear on Google Play store any soon, so users would have to look for some other source like XDA. It was bound to happen, but it happened too quickly. Flipboard android APK is being distributed widely (link at the bottom of the post). For those who have already used Flipboard will find no surprising element in android version. The social news reader app brings all the goodness of iOS platform to android counterpart. The app seems to work on all handset running on android 2.2 or higher.

In order to install Flipboard APK onto your device you would need to grant ‘Allow installation of non-Market apps’ access. Of course, there is no respite for Microsoft and other Windows Phone OEMs.