Nokia has once again proved why it reigns Windows Phone community by releasing excusive Ringtone Maker app for Windows Phone 8 users. As the name implies, it creates a custom ringtone on Nokia WP8, which can be set as caller tunes or other purpose. Of course, this would have been a deal-breaker app half a decade back, but considering WP Mango OS didn’t have a direct option to set own ringtones, this still seems to be a big deal.

Nokia has contrived some exceptional, if not unprecedented, app for WP community users. It gave it an unassailable advantage over other OEMs. However, after recent crusade of Windows Phone 8, HTC and Samsung seems to be in winning position as far as new lineup of Windows Phone 8 is concerned.

In the past, Nokia released some swanky apps like Nokia Xpress, pictures, Nokia Music, Maps and many other for Lumia series owners. Ringtone Maker is yet another swanky app produced in the Finnish labs. Nokia maps and drive has earned it many loyal users, including me, which also sets Windows Phone apart.

Probably, this is the reason why we are giving away Nokia Lumia 510 to one of our lucky reader. Despite of having many setbacks, Nokia has kept producing some impressive set of applications. The other department that no one can match its ability is camera. However, we are not here to discuss Nokia’s dominance in this department. It is a topic that deserves a separate thread. 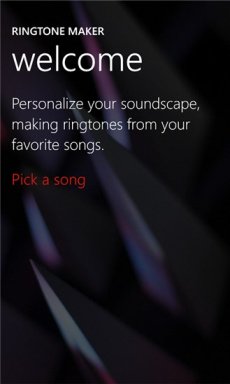 Ringtone maker allows you to give your device a personalized touch by empowering you to select your favorite song as a ringtone. The exclusive app will let Lumia Windows Phone 8 user create custom ringtones from the music library of the device. The WP8 app comes with basic level editing like choosing starting and ending point. 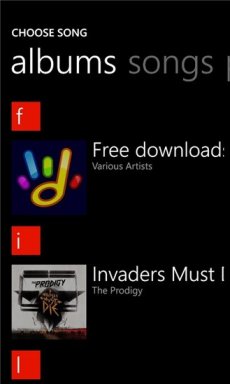 Unfortunately, due to system restrictions, you can not create a ringtone above 30 seconds. But apart from this drawback, better call it a restriction, the app pretty much works same like traditional ringtone maker application for any other device.

The other drawback if that it works on Lumia Windows Phone 8 handsets only, which means early adopters of Lumia devices are ignored. They will not be able to take advantage of this application. 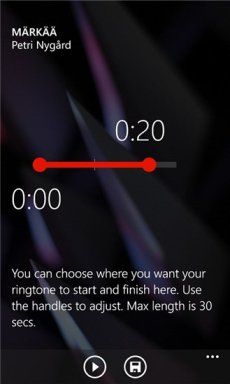 Ringtone maker for Lumia WP8 has received rave reviews (pun intended). Many Lumia 920 users are complaining about the frequent crashing of the application and few other hiccups they encountered. Rest assured!!! Nokia will soon rinse out such bugs.

While many people do not consider this a big deal, it still gives WP8 users a distinctive advantage over iOS users. iTunes charges for ringtones, while Windows Phone community users are in better position compared to them. The application is available for free and there are no strings attached to it.

All you need to do is add your favorite music from Zune and let the application do the rest. In case, if you are a Chinese users, you can legally download free music from some popular sites. The ringtone will be automatically saved to your music collection and you can assign it as a ringtone from the app interface as well.

Well, run and grab this free application, and start creating ringtone for your Nokia Lumia handsets.