On a serious note, it could save your pocket from big in purchasing a gaming console and dedicated gaming PC, graphics card, cooling fans, game CD etc. This also saves you time which otherwise was spent in buying a game disc from the vendor. The flip side of the coin is that it not only saves you some money and time, but also saves the environment from bio-hazards created from CD dumps.

What is Cloud Gaming, After All?

Quite similar to other cloud service, Cloud gaming refers to the games stored on the company’s high-end gaming server which directly streams to your computer or device without any complex phenomenon. In a nutshell, you have to either play the games online through the browser or install a tiny program with subscription option, paid one of course.

It eliminates the requirement of dedicated gaming PC or high-end graphics card purchase, since all such specifications are already met by the company’s server.

The client program or subscription will authenticate you and stream purchased or subscribed games to your device which then you can play on your PC, tablets, TV or any other device. It is also known as gaming on demand, much similar to video on demand feature.

Related Gaming Articles You Must Read!

The evolution of cloud gaming started back in 2004 but it never achieved a main stream-line. However, you can expect the equation to change soon. The most promising and largest cloud computing service provider Gaikai was acquired by Sony in July 2012, which shivers the competitors in anticipation.

Even, the next Xbox console may come with full-fledged support of cloud gaming. However, there are certain impediments that seize this technology from expand. The biggest and baddest roadblock in the cloud gaming technology is the lack of availability of high speed internet connection across the globe. Again, with the introduction of LTE network this is expected to be changed soon, with few strings attached.

It’ll be interesting to see how soon countries adopt new LTE technology. Probably, following reasons are the main culprit behind the slow growth and adoption rate of cloud gaming services. 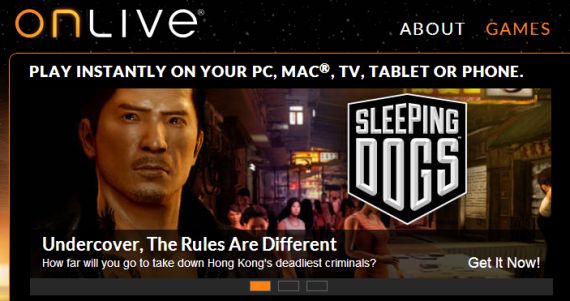 It also poses a big question mark on the piracy of the game. It would be virtually impossible to hack your gaming console or apply patches, special cheat codes and etc to get upper-hand on rivals. The late entry of Sony in this field has started giving sleepless nights to the competitors. You should not be surprised if cloud gaming eliminates use of dedicated consoles in the next decade or so.

This could be the reason why big players are not coming ahead to accept the service with wide arms. However, there are arrays of advantage of cloud gaming service which could lead to exponential growth of this industry in near future.

Due to the fact that all the heavy lifting will be taken care of by the company’s server, it thrashes the fear of getting your gaming device outdated after a year or so.  Sony is expected to come forward and introduce new console empowered with integrated cloud gaming option to keep them competitive advantage.

For mainstream users, Gaikai (acquired by Sony), OnLive, G Cloud are some of the best options available out there. You can go to their website and play a free demo to see how cloud gaming can change your perspective. Some top-notch games like Game of Thrones, Sims3, Battlefield 3. Warlock is already available on Gaikai. The new prospect in this field itsmy also bring a promise to change the mobile cloud gaming. Have you any question about what is cloud gaming? Visit Wikipedia page for more information.