Slither.io APK:- Slither.io was the next generation game of agar.io which was released earlier this year for online users. And the response from the gamers was astonishing to see that more than 10 million people play this game every day online. :O Today, I am going to post about Slither.io APK download for Android devices.

Right, when the game slither.io was released, there was no app available in the app store and people were really desperate to try Slither.io game on their Android devices. There were many Slither.io Mod APKs released but most of them contained harmful files due to which it opened up a loophole to hackers for millions of Android devices.

So to play safe, I request you to download Slither.io APK from this blog post so that you will not face any kind of issues with your Android mobile. Believe me, playing Slither.io Android is going to be real fun when you install it on your smartphone or tablet 🙂 If you want premium apps for free, then install TuTuApp on Android now!

So this is how it looks when you open the official site of Slither.io on your desktops. Though, the design and the appearance on your Android devices will be a little bit different. But don’t worry, the gameplay would be the same as you experience in a desktop version. 😀 If you want to hack Slither.io Android game, you can use SB Game Hacker tool which is the best Android game hacker ever!

If you ask me which is the best online game in this category, I would definitely say Wormax.io because it has lots of options which Slither.io doesn’t have in it. The worm runs faster with your mouse controls, the overall design has revamped, multi-player option is available and lots more.

But don’t you worry buddies, that’s for the desktop users. For Android, Slither.io is the finest as far as I am concerned. Before we move on to the download procedure of Slither.io APK, let me explain you the gameplay of Slither.io so that you can play the game in a better way on your Android devices!

#1. No need to login to play the game, just enter a nick name and you are all set to go! 😀

#2. Once you start playing the game, you need to eat those glowing lights or worms whatever comes your way!

#3. Ensure that you don’t rush into other player’s and get in touch with them. If you do so, you will be out of the game 😛

#4. Instead, plan it in such a way that the player himself/herself hits you so that you can increase the length of the worm.

#5. The more you increase your length, the more improvements will be seen in your rankings.

So this is how you play Slither.io online on Android devices. It’s not that different than the desktop version but of course a bit different in the design. So this how Slither.io Android looks in the design. Not talking much about the design and the game-play now, let’s directly get into the Slither.io Mod APK Download process! 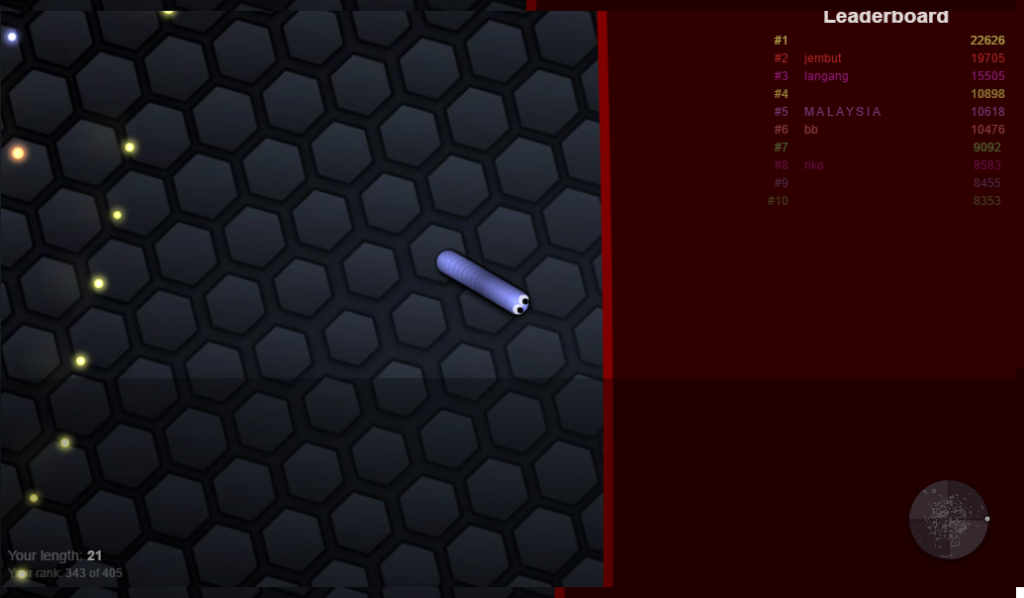 I know that you are pretty much excited to play Slither.io Android game on your smartphones and tablets. Isn’t it? So what are you waiting for? Download Slither.io APK by following the below given steps right away!

#1. Firstly, connect your phone to the internet and unlock it if it’s not!

#3. Let the download process be completed and once it’s done, install the Slither io Mod APK file on your Android device.

#4. Now click on Open the application button and play Slither.io Android game for free on your smartphones!

This is what you get in the Slither.io Android game. But hang on! There’s a latest updated version of the game which has some additional features! Here’s a couple of them!

#1. The latest update has added more skins in the game.

#2. Online play is now much better than the previous version.

So these are a couple of changes made in Slither.io 1.4.8 APK Mod update. I hope that you are going to take a full advantage of these updated features. 😛

So this is all about Slither.io APK for Android devices. I hope that you loved playing this game on your Android devices. If you are using a rooted device for this overall process, you can install Root Explorer APK to manage your phone in a better way!