Remember those days where you’d brawl with your siblings over petty issues? Or those days when you’d fight with pillows or fake swords? Supercell brings you Brawl Stars. This game will bring out the inner Spartan in you as you maneuver your character in this epic Brawl Stars APK. Brawl Stars was unveiled in quite a unique way. A few days ago, the game developers released a live YouTube video stream. In the video, the game developers were seen playing Brawl Stars along with a few ‘Let’s Play’ stars. The free to play a fighting game is what has everyone waiting for to download Brawl Stars APK on Android.

The video showed (at the end of the post) a pre-beta version of the game. Hence, there might be a few changes in its colors, artwork and features might change before its final release. While this game might seem like a single player game, it’s evident that the gaming experience with multiplayer mode will be the greatest ever.

Brawl Stars Android and Brawl Stars iOS will be released as a soft launch in Canada before its final release worldwide. Supercell has always succeeded in launching amazing action games.  Here are a few features you could find in the game.

Brawl Stars APK Android lets players fight with one another in a mine. The two teams fight over their gems. The primary goal in the Brawl Stars APK is to prevent the other teams from stealing your gems. Your main objective is to acquire their gems from their supply or from the small mines around the arena. You get your very own little brawler whom you can customize according to your preferences.

You can go and fight your own little battle or you can gather up a few of your friends and have a huge slugfest in the ultimate multiplayer mode ever. With the video of the game’s features out, everyone’s dying to get their hands on their very own Brawl Stars APK Android.

Before you get ready to brawl, here are the four main gameplay modes that are sure to help you strategize your gameplay and win.

Bounty
You might think the name’s exciting, wait till you hear the gameplay!  In this gameplay mode, the team that fights and collects the most stars wins. You can easily find stars around the gym and then hold onto them to claim your win.

Smash n Grab
Just as the name suggest, the teams have to collect crystals from the center of the map. The first team that collects and then successfully holds onto ten crystals wins the match.

Heist
This is the most exciting gameplay in Brawl Stars APK download. The teams have to either protect or attack a safe that’s full of loot. Grab your friends and start your mini heist yourself.

The Showdown
In the Showdown, you either brawl or you die. With ten players battling it out in the ultimate arena, the map gets smaller and smaller. As it gets smaller, players keep dying and the last player alive wins the Showdown. 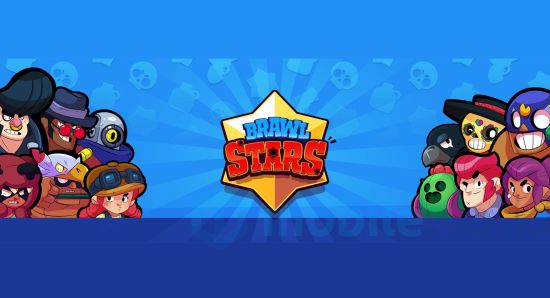 Today, I will show you how to download Brawl Stars APK for Android. Make sure that your phone has sufficient space.

Stay updated with my website and you can get the ultimate chance to get Brawl Stars hacks and Brawl Stars cheats.  You can download TuTuApp to do the same right now!

Once the installation is completed, then you can locate the game in your apps. Happy brawling! Watch the video to know more about Brawl Stars Android & Brawl Stars iOS GamePlay by the game developers SuperCell!

Note: The game has been soft launched in Canada only and that too for iOS users. The working Brawl Stars APK for all countries including United States, Canada, UK, Australia, Austria, Italy, Germany, France, India, Indonesia, Nepal, Brazil, Mexico, Pakistan, Philippines, Taiwan, Japan, Turkey, Hong Kong, Hungary and lots more in coming months. Keep an eye on this post to know Brawl Stars release date & grab Brawl Stars APK Download as soon as it is released. Enjoy the video!

With this epic brawling game,  you can unlock a spread of awesome game modes, dozens of rough character with spectacular skills. All you have to do is shoot ’em up, blow ’em up and punch, ’em up.

You can upgrade and unlock your brawlers by collecting coins, elixir, and chips. So are you ready to climb the Brawl Star leaderboards?  Are you willing to be the ultimate Brawl Stars? Then what are you waiting for? Bring your friends or play on your own!