Android Messages for Web Not Showing Up? Here’s the Reason!

Quite similar to what iMessages offers to Mac users is been rolled out by Google in the form of Messages for Web! The new Android messages for web will be slowly rolling out all over the world. After the launch, it was adviced by Google that an end user must have the latest version of Android Messages App to use Messages for Web features on their laptops or PCs. This is not the first time Google is working on a messaging app, before this it launched Google Reply app with some stunning features!

Android Messages for Web Not Showing Up?

Right after the launch of Android messages for web, many Android users were excited and in fact, many are using this new feature. But there are users who are complaining that Android messages for web isn’t showing up on their respective devices. Well, there’s a reason for that. You might have to wait until the full update is rolled out. Even Android P users aren’t getting “Messages for Web” option on their smartphones. 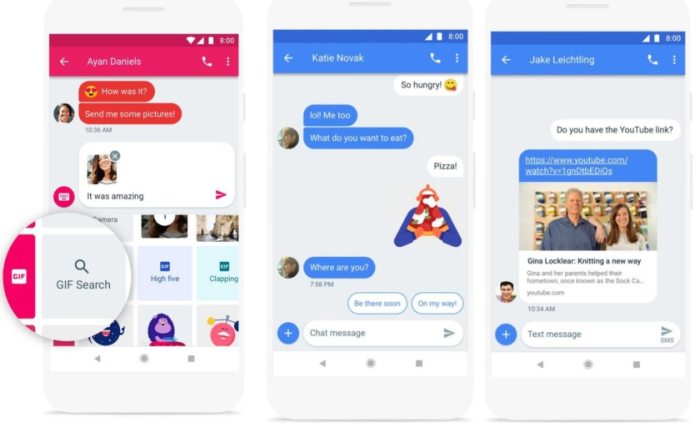 Many say that it’s just a server update and it might take some time to settle down things. And few say that they are getting Android messages for web option as soon as they update the Android Messages app to the latest version. Well, that’s strange, isn’t it?

Seems like there are already many issues in messages for web feature. A user on Reddit said that SMS on the phone crashes after every text. And few said, even after force stopping the app and restarting it again, the option didn’t appear in their Android messages app. Well, these are few issues end users are facing when they try to use Android messages for web on their smartphones and tablets & connect it to PC/Laptop.

But what’s most interesting here is, the latest version of Android Messages web version is filled with lots of amazing features. To be frank, it seems a better option than iMessages for Mac which has lesser features as compared to messages for the web by Google.

Features of Android Messages for Web

Here’s what you will get in your latest Android messages app once you update it.

#1. Text from your computer. Select “Messages for web” on the menu to get started.

#2. Share the perfect GIF. Tap the + button in a conversation to send GIFs and more.

#3. Reply with a single tap. Smart Reply suggests responses to save you time.

How to Use Messages for Web on PC with Android Device?

#1. Open messages.android.com on your PC/Laptop.

#4. Once you are done with it, scan the qr code which appears on your PC/Laptop screen.

#5. That’s it! You can now send messages directly from your PC without using your Android device.

As Allo wasn’t a success, the complete team working on Allo was moved to create a better Android Messaging app for web. And that’s what you are going to use in the coming days! This was the best thing that Google could have done before the launch of Google Allo itself. It would have given a tough competition to WhatsApp web as well. What do you think so?

If you are too facing issues like Android messages for web is not working or not showing up, you can comment below and we will keep you posted as soon as there’s a solution for the same. It isn’t that the update is rolled for particular devices or a particular version of OS, but the full rollout of Android web messages will take at least a week time to get things right! Stay tuned to GeniusGeeks.com for more updates!