Nexus 7 is dominating the android tablet market. While many people prefer to use tablets for business purpose, there is a dedicated section who loves to play game of such device. In fact, we have compiled a list to provide most addictive games for Google nexus 7 which you can install right away and enjoy the best of android world. There are an absolute ton of games available on the Google Nexus 7 tablet. Previously, we shared few addictive must have apps for nexus 7 for new nexus 7 tablet owners. In this article I am going to show you 5 games that are free to download and will have you calling in sick to work, staying up late, and spending hours upon hours on your tablet.

If you have ever played Age of Empires or any kind of RTS (real time strategy) game you’ll get totally lost in Castle Clash. What you do in this game is manufacture gold and mana. The gold allows you to build different buildings for your civilization; mana allows you to build troops to fight with. In this game you can attack other players, defend your castle, fight in areas with your heros, and explore caves. 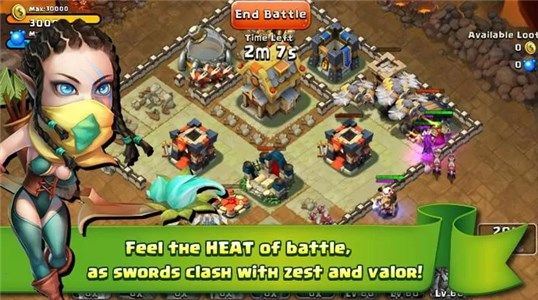 There are all kinds of upgrades that you can use for your civilization. For instance, you can build walls, towers, magic buildings, etc. to fight the way you want. So you could go the route of being a defensive civilization or an offensive civilization. There is so much to do in this game and you’ll find yourself getting lost in it for hours and hours.

If you like bowling or just need some time to kill, you’ll find yourself completely immersed in PBA Bowling Challenge. Obviously, this is an arcade style bowling game that has a lot of bowling balls to unlock. For example, there is a ball that you can unlock which is a “bomb ball”, what this does is blow up when it hits the pins which gives you a better chance of knocking down a lot of the pins. 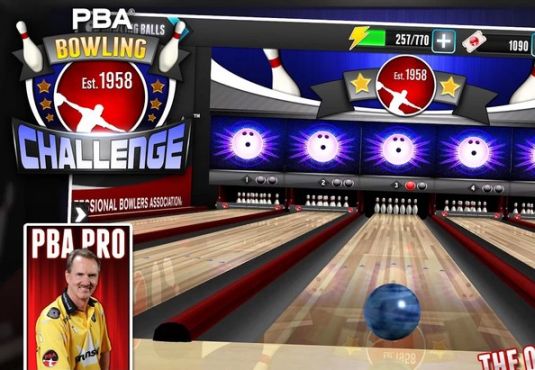 You can play this game online with your Google +1 account, play a solo campaign, and rank amongst the tops of the leaderboards. There are all kinds of achievements that you’ll need to unlock such as finishing a game with three strikes in order to unlock different stages, balls, and upgrades. It’s not just your average bowling game and has actually received a “editor choice” award from the Google Play marketplace.

Spartan Wars is another RTS game that allows you to build up “Spartan” armies and attack other players. What makes this game unique is the ability to join different alliances where you can interact with people to conquer other online players. You can control an unlimited army of swordsman, spearman, axemen, archers, calvery, etc. which all have their own special abilities. For instance, the archers would counter infantry units, and deal 30% more damage. The emphasis is networking with others online where you can send them troops and resources to help them out. 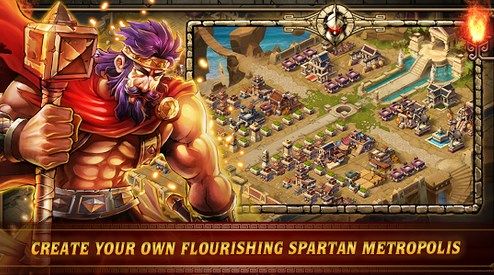 While you’re attacking others it’s up to you to maintain your economy so that you can build more tower defenses, battering rams, resources, and upgrades to your civilization. What makes this game unique is you can acquire different gods which all have their own special abilities. For example, one god could make your calvary 50% stronger while another god could focus on boosting your gold, stone, food, and wood production by 50%.

It’s not all about just building up armies and crushing other people online. There are various campaigns which are played against the AI which are very challenging and can teach you the ends and outs of the games gameplay.

Tetris has come along way since it’s beginnings over 20+ years ago. One of the most addicting games of all time. With Tetris Blitz you’ll certainly get your monies worth (which is free). The graphics are absolutely stunning and the examiner.com actually quoted this game as “being the perfect mobile game.” 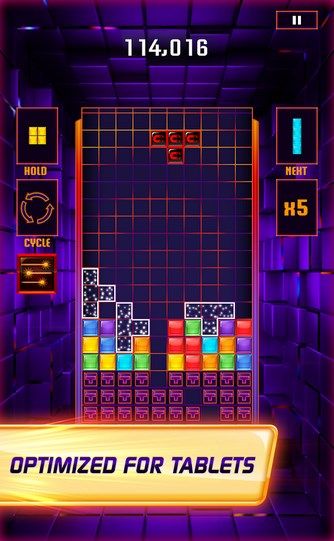 You can enjoy playing with your friends online, campaign modes, and finish daily blitzes. This game has over 50k positive 5 star reviews on Google Play marketplace!

Shooters on tablets are like finding a needle in a haystack. They either don’t function correctly or feel like work playing them. With Dead Trigger you’ll find that this game works flawlessly, and is quite addicting. If you’re a fan of Call of Duty’s zombie mode this game should be right up your alley. Why? Because, the entire game relies on blowing zombies heads off! The idea behind this game is you have to kill zombies and millionss of them. 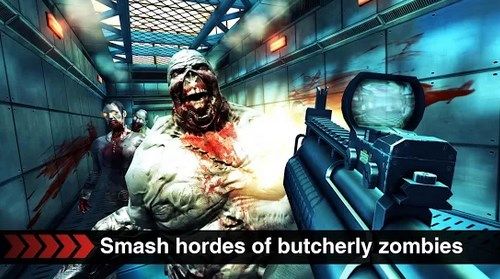 Basically, the world plays as money has lost it’s value and millions of people have been infected by a virus. You are one of the few people that actually prepared for this problem and you can do something about it. What? Kill zombies and kill a hell of a lot of them! Great game that is highly addicting!

Hopefully, you enjoy the collection of top games for nexus 7. So what other games do you believe should be on this list? Please leave your comments down below.