In spite of poor sales in the holiday season, many tech pundits indomitably believe that Windows 8 will get some respectable position soon. However, software developers have a different opinion. Much like any of the previous Windows versions, software developers have heavily invested in Windows 8, which resulted in many popular applications landing in Windows 8 landscape. Therefore, we’ve created a separate Windows 8 category where we offer best of Windows 8 apps and tips. There are already an array of twitter applications and browsers available in the store which we shared previously. With integrated music and video player, Microsoft ensured a maximum entertainment facility is provided to the end-users. 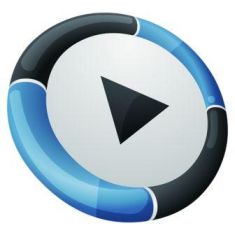 But when you look out of the window, there are many good media player available for Windows 8 users. One such player, called Multimedia 8, was discussed in the past on geniusgeeks. Today, we are following the same with a bigger and better list. When the consumer preview version of Windows 8 was released, there were not many applications equipped to take advantage of faster and smoother Modern UI. But since its final release, plethora of applications have been unleashed. Thus, the need of updated list enlivened. This comprehensive collection of the best media player for Windows 8 will eliminate the need of checking out other media player in Windows 8 store. The mobile analytics offers a comprehensive feature of mobile analysis which you might want to try out on your device.

What are the best available media players?

You ask, what are the best available options in Windows store? Well, there are too many to list them. This is why we have decided to take only top media players  into account. 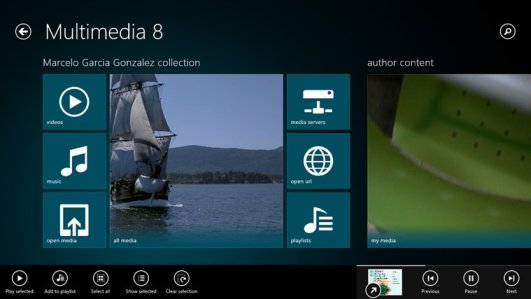 Multimedia 8 is a truly Modern UI empowered multi-media player for Windows 8 users. A free application that unleashes the power of Windows 8. It offers features like media playback from libraries, media server support from streaming. Even, a 3D video playback is supported by Multimedia 8 which you can stream to DLNA TV. In addition, you can convert and trim media files to MP4 and WMV format, and capture video, audio files from the file. There is also a provision to play files from Windows Phone 8 to Multimedia 8. In case, if you’re new you can proceed with our guide on how to search for an app in Windows store. 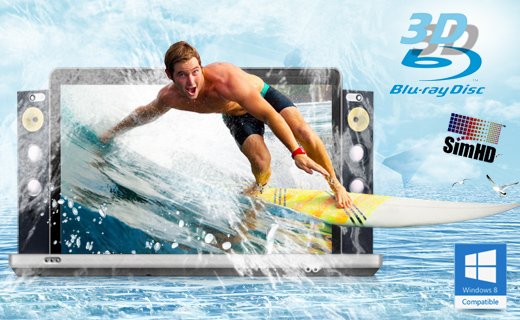 As a paid solution, TotalMedia Theatre 5 offers some solid features. Have you had problems in playing Blu-ray disc or 3D videos on your Windows 8? TotalMedia Theatre 5 has got your back covered.  This all-in-one media player for Windows 8 supports Blu-ray, DVDs, AVCHD, 3D slideshows and much more. Whether you want to play files from local machine or on a UPnP server, this inarguably best media player has all covered. Integrated SimHD algorithm brings highest quality videos of a lower-resolution videos. With unique dynamic lighting, denoise and smoothness enhancement it offers a seamless entertainment on Windows 8. In case, if you’re looking for a player that supports FLAC format, then TMT5 is an ideal choice. Unfortunately, the media player is set at $99.99 price tag, which is steep considering other cheaper alternatives in the market. It is by far the best media player available on Windows 8 platform. For a serious entertainment seeker, this is a must have buy. Besides that, there is a 15-day trial version which can you the taste of the player before you made up your mind.

CyberLink needs no introduction.  Its PowerDVD Mobile version unleashes the same power upon Windows 8 tablet users. In case, if you are on tablets running on Windows 8 OS, then PowerDVD is a right choice for you. It is optimized for touch enabled devices. The normal PowerDVD is also expanded to support Windows 8 powered PC. With the support for MKV, MPEG-2, Blu-ray disc, CyberLink becomes the front-runner on the top media player for Windows 8 competition. With a tremendous track record, you can unquestionably invest in this player. Needless to say that it is available on most of the platforms. There is also a 30-day trial period in case if you want to try out the product before making any decision. They are running 50% and 20% discount at the time of writing this article. 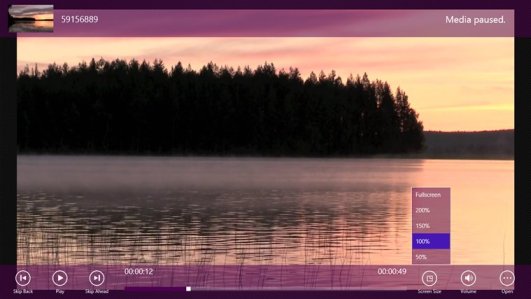 Would you like to try out a sleek version instead? If you do not want to go paid route, then Metro media player is a good option to consider. The clutter free interface offers you that matters the most. MMP (abbreviation), also works on touch enable devices. The swipe gesture adjusts playback rate. There are also in-play options available to Zoom-in or zoom-out the video. You can also play your videos to DLNA supported devices using this player. There is also a provision to play files from the URL. Therefore, it becomes a tad easy for people to play video or audio files from the streaming server. 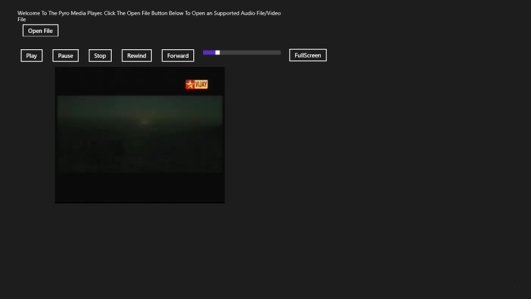 Pyro media player comes with a minimum set of options.Unlike traditional media player, Pyro is armed with a much lesser option. This minimal looking player has minimum options to play with. Currently, it supports .mp3, .m4, .wmv, .mpeg formats only. With full screen support it goes one step ahead to provide you the entertainment at the best. There are few controls to rewind, forward audio or video songs and movies. You can open your files from the hard drive to play them instantly.

Considering, the VLC player has got the kickstarter project fund, it would be wise to not invest money in buying any other media player for your Windows 8 powered device. It is just a matter of time before you get the VLC player for Windows 8. If you’re still inclined to purchase a product, then CyberLink PowerDVD is a right choice for you. With the pleasant track record of satisfying customer needs, you can easily rely upon them. Being a free solution, Multimedia 8 offers some solid features. We highly recommend you to try out Multimedia 8 before any other application.Nonetheless, you can still play files using an older version of VLC. Of course, you would miss some dedicated Windows 8 features.

Would you like to recommend any other application that deserves to be included in the best media player for Windows 8 list?