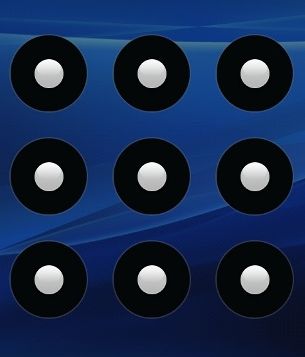 The most innovative security feature available on Android handsets is now ported to work with the latest innovation from the Redmond based software giant. Yes, the pattern lock is available on Windows 10, Windows 11 systems now albeit through third party software. While Apple’s insouciance proved fatal for many users, which is often exploited by au fait developers, Android has been a pioneer in security. Per contra, Android pattern lock has provided more solid security to the end-users (even you can bypass it). Well, if you’re a big fan of Android security, then you can enjoy the same privilege on Windows 11, Windows 10. Enabling or implementing pattern unlock on Windows 11 is a reality now. Neophytes or those who are unaware can look at the pattern unlock system as a game where you’ve to join the dots in a specified sequence to unlock the next level, in this case, the device.

Although, there is no such functionality integrated by Microsoft in the Windows 8 system, you can use it using a third party application called Eusing Maze Lock. The developer has also integrated many features cannily. Such system will not only reveal a geeky side of you but also will boost your security by several folders. The several studies conducted on the password pattern also reveal the same thing, people often use their name, relative’s name, wife, birth date or something close to them as a password, which can often be exploited by the someone who knows you well. Contrary to this, pattern unlock is a new trend and is somewhat difficult to guess.

The application is quite impressive so are its features. Here are the features of Eusing Maze Lock

How To Use Maze Lock

Well, the usage of the Eusing Maze Lock is straightforward. It works well on Windows 7, Windows 8. Just download or grab the product from the official website. The software package is under 1MB and it is very light on the resources. On the first run, you will be presented with a warning window asking you to reset the preset unlock pattern and define your own custom pattern.

The default pattern is of Z shape. The reset pattern will ask you to define a new pattern. Additionally, you can also change the dot matrix, which can be selected from the drop-down menu. 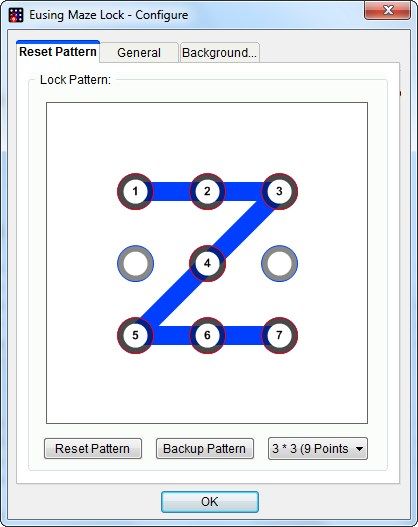 An easy to use Backup pattern option will back up your pattern so you can use it in time when you forget the pattern lock (see how to download images from the website). 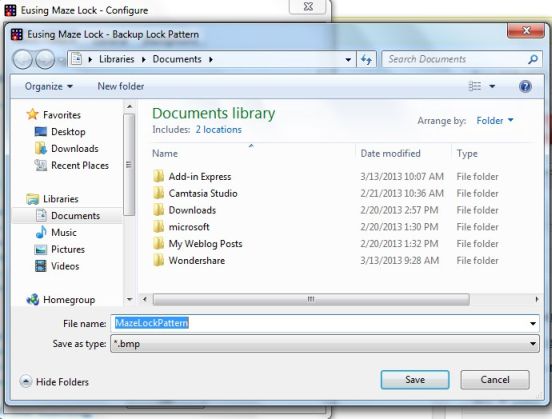 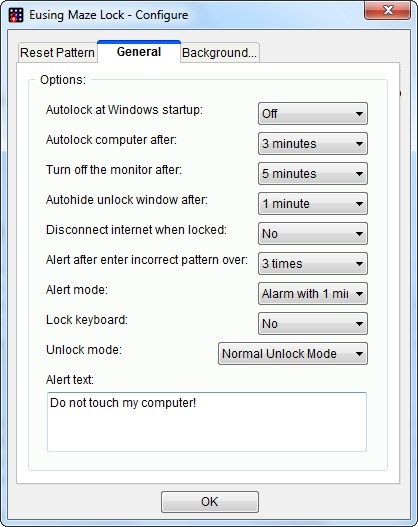 There are a few advanced options provided to tinker with. It’s always good to keep the default setting in tact, if you don’t know what to do. However, advanced users can change them at will. The following options are made available to the users.

All the options are self-explanatory. Just play with them to know what they can do.  The options like to disconnect internet when locked, alert mode is often desired in public places or offices. This will ensure maximum security.  In a nutshell, Eusing Maze lock is definitely the software that you must try out as an android and a Windows OS fan. That doesn’t mean hardcore Apple fans shouldn’t try that out either.

People like me often feel insecure and for such people, Eusing is a boon. It doesn’t override the default Windows lock method but adds a layer of its own. The additional layer will ensure better security. There are few other advanced options that are worth exploring. We find Eusing Maze Lock fascinating, but are you impressed by it. Will you use it to pattern unlock your Windows 8 (or previous Windows) system? We’d love to know your opinion.