Just a while back, we covered a much debatable topic– Google Keep alternatives. The topic itself revolves around Google Keep and some of the alternative note taking and task management services. The same idea piqued our mind to look for an arguably the best Android app for note taking that is also equipped with task management functionality. Android is a revolutionary platform with its open source programming protocol. Consequently developers are coming with innovative ideas and more finished products. The burning news of Google Keep has just been off and Mirko Dimartino from XDA developers has appeared with yet another utility app from the same genre to Google Keep. If you are using Android and stay busy while mingling from one task to another Got It is the Best Android App that you should consider for taking notes and managing tasks.

Mirko Dimartino has already made his mark with products such as Disaster ROM control. Let’s have a close insight into the app Got-IT. Desktop users might also want to try out third-party Google Keep desktop client.

Some other Common Specification with both versions of the Got-IT: 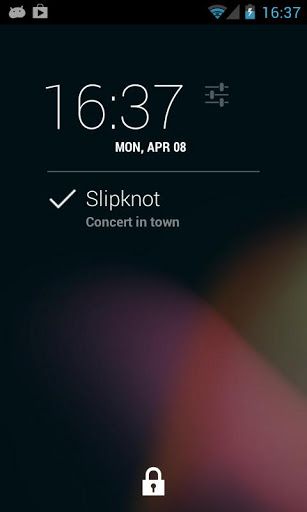 When you install the app to your droid you will have default ‘Notes’ list where you can add your notes or you can create your own, custom made lists. Here in custom made list you can organize the notes and to-do lists more efficiently.

In order to create notes or lists you just have to press the + button in the bar. You can give a title to your notes and also add the text related to the note.

You can add unlimited lists as I have mentioned above and there is no limit for the notes you are adding a particular list. The app supports swipe navigation which works quite smoothly and you can browse through the lists by just swiping right or left. Yes I know there is nothing special with this feature as it is available with many of the apps nowadays, yet with the free version of the app you cannot expect this feature with such accuracy. Another feature with the app is that you can add a reminder to the list or note while setting time for a reminder. You can see the reminder tag in notification drawer. You can assign a ringtone or vibration for a particular reminder too. 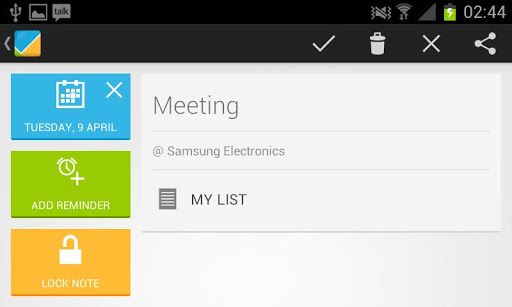 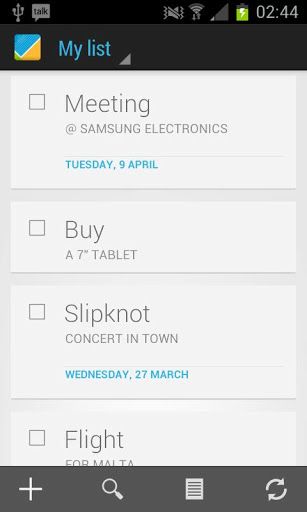 The app possesses own widget. The widget is customizable according to the needs and requirements of the user. The best feature according to me is that you can synchronize the app with Google Keep account. So even if you create tasks or lists on some other device, you will have access to that list while you turn on this particular app on your droid. There are plenty of settings and customizations to play around with.

Got It best note taking Android app is available for free on Google Play, you must have try it for once. Later if you find it useful you can go for the pro version of the app. According me; for people like me who tends to work in busy schedule the app is worth to have with this spec and features. It does not only functions perfectly but also works as a task manager. Of course, with the competitor like EverNote, Wunderlist and many others, you might find it little bit outdated, but it is still worth a shot.