The use of Android App Emulators basically creates a platform between a personal computer and an Android-based cell phone. There are many such emulators but Nox App Player is one of the most advanced applications used for running smartphone applications on the personal computer. In many smartphones, the games tend to take up more space and also drain out the battery quickly. To avoid this, many users switch to Nox App Player which forms a seamless transition of the applications onto the PCs. 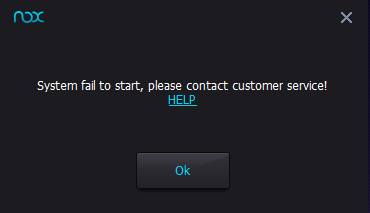 But little did the users know that they’re going face errors like “Nox stuck at 99%,” “system fail to start,” and many more. So if you’re facing such issues, here’s a detailed guide you should follow to fix the errors popping up on your Nox emulator.

Due to certain glitches in the software, the Nox App Player application may not work. There are many reasons for the software to fail. One of the main reasons is the automatic download of certain files that have malicious content when you install it from third-party websites and not the official website of Nox. More often than not, these malware piggyback on the authentic software and get downloaded.

This results in severe security concerns to the main software as well as the PC itself. The NoxPlayer being popular, miscreants often attach one or more malware to the base of the software. This is one of the main reasons why the Nox application doesn’t work and crashes the instant it is downloaded.

The progress bar that appears after the installation starts doesn’t actually tell about the actual progress. That bar automatically appears when an event is initialized and the computer starts to perform the sequential tasks.

When the computer detects a security threat or a problem during the final stages of Nox installation, it halts the download and gets stuck at the 99%.

Also, due to the background processes which run, the operating system doesn’t send the status of the progress bar at regular intervals of time. Another main reason for this problem to occur is the different computers that are being used.

The developers may have run the codes on their computers and the software would have run perfectly without any glitches. But when downloaded on a user’s PC, it may create some problems due to different hardware and OS.

All the Android emulators work on the basic principle of a virtual machine. It is basically an operating system that can be run on multiple personal computers via a server. The errors related to this can be due to the malfunction of the server itself or the individual node in the virtual machine.

How to Fix Nox Not Working Isse?

To fix the first problem, first, it must be checked on which system the software is downloaded.

One of the best solutions to tackle the 99% problem is to enable Virtualization Technology, also known as VT.

First of all, the BIOS type must be checked, and further, the VT can be enabled accordingly by searching the internet for the specific steps. Also, changing the file name from FAT32 to NTFS will enable the uninterrupted download of the application.

The FAT32 has a size limit of a single file and hence it restricts the download. The problem may also arise due to the graphics card that is present in the system. If it is less than 2.0, then it must be changed immediately to solve Nox stuck at 99% issue. 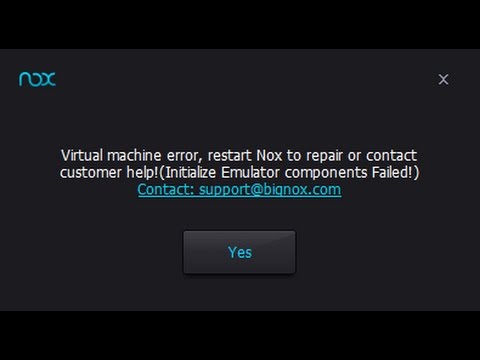 There are several methods to overcome the problem of virtual machine errors.

This hinders the installation and download of the Nox App Player.

The major problems related to the malfunctioning of the Nox App Player are discussed and cleared above. Apart from these, there should not be any major malfunctions. But if there are any queries related to this, you can leave their respective problems in the comment section below.