Pinterest has had amazing run in year 2011 and it continues in 2012 as well. Now it enjoys the status of one of most popular social photo sharing site. In fact, its popularity invited loads of clones that are designed just to take advantage of trending topic. By climbing the great heights, Pinterest developers proved that innovation and proper marketing tactics is always a key to great success. The discernible difference between Pinterest and other clones was their marketing strategy. However, market analyst still cling to their earlier stance about the slow nature of growth in 2012. Had Pinterest invested more money in creating iOS, Android, Windows Phone and other mobile platform app, it would have still witnessed more drastic adoption rate.

Having said that Pinterest is missing big chunk of user base by not providing official Pinterest app for android. Google’s open source OS is adopted by likes of Samsung, Motorola, Sony, HTC and plethora of other small manufacturers. Ignoring such a large community is not a great idea by Pinterest fantast. With lack of support, there’s also a shortage of third-party Pinterest apps for android making life of Android users miserable.

Those who are new to Pinterest the following definition will give you a clear-cut idea of what pinterest is and what it does. Pinterest is a content, specifically photo, curation site which will allow you to pin different images to pinboards. It has a visually appealing UI. Pins are categorized under ‘Pinboards’. Currently, it is in closed beta mode and available through invitation only, however, getting an invitation is not a difficult errand. 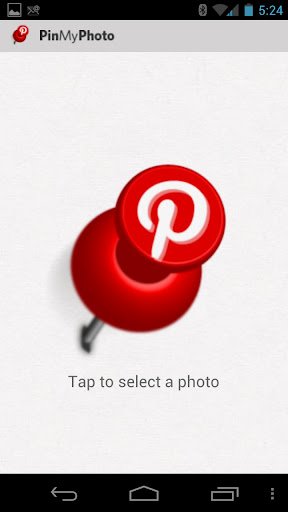 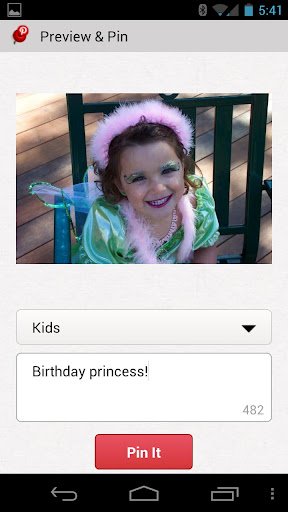 By now, you must be itching your hands to get whirl of Pinterest android app. ‘Pin My Photo’ is an unofficial third-party Pinterest app that will bring Pinterest on your palm. Users can select the images from the device storage and pin it to visual board of their account. It will also allow you to repin, share and comment on photos you’ve pinned. Compared to Windows Phone application, Android application is less appealing and has limited features. However, it should be enough to satisfy your basic needs.

Features of Pin My Photo

Overall, Pin My Photo is like blessing in disguise. It is probably the best third-party Pinterest app for android available on Google Play store. Some of the features like navigating Pinterest without login, pinning images through direct link and editing of boards are not available in the apps yet. However, pinterest should be blamed not developer since it is an issue with lack of API support. Previously, Pin’d was made available to the android users but it has gone missing after few days of launch.