I have closely observed the changes made by Twitter in 2018 and I am quite sure they are changing the way we all use Twitter. With the changes made in the past years, the Twitter user base is only growing strong and why not! It has evolved as a best social media platform for everyone to express their views in a limited number of characters with some extraordinary features.

Well, I have observed one strange feature which I think most of you haven’t seen till date. Maybe, I was lucky enough to spot it yesterday. Here’s what I observed! 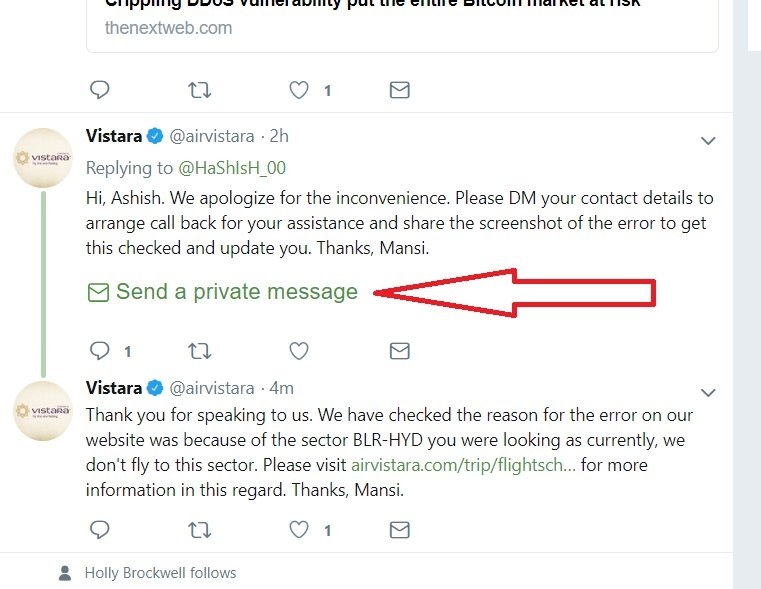 In the above image, it can be clearly seen that “Send a private message” button is in between the Twitter’s thread of @AirVistara (I follow AirVistara on Twitter). To be frank, I haven’t seen this feature before any day and this was the only time I noticed this new feature. Once I saw this, I started searching for a similar feature in other threads.

Now, this gets me in a dilemma that whether Twitter is testing a new feature or is this something done by AirVistara Twitter team? Well, I have tried to contact Social Media Examiner on Twitter through my Tweet below & they replied, “We haven’t seen this before! Thanks for sharing with us, we’re going to look into it!” Here’s my tweet!

Is this a new feature on #Twitter? (see image below)

or did they do anything special to get this feature on their Twitter account?@AmitHPanchal @Netra @SMExaminer pic.twitter.com/mvsaZL0nyk

In reply to this Tweet, one of my friend on Twitter, Netra Parikh said that “If they are following you, you can send them PM. If you are not following them, they can’t send you PM,” to which I replied, “But that’s the option which comes in DM, I saw this call to action, “Send a Message” in my Twitter Feed.”

My Observation on this Feature!

When I checked a few tweets of AirVistara & Indigo on Twitter, I observed that whenever a word “DM” is used in the Tweet, this feature “Send a private message” appears right below the Tweet! 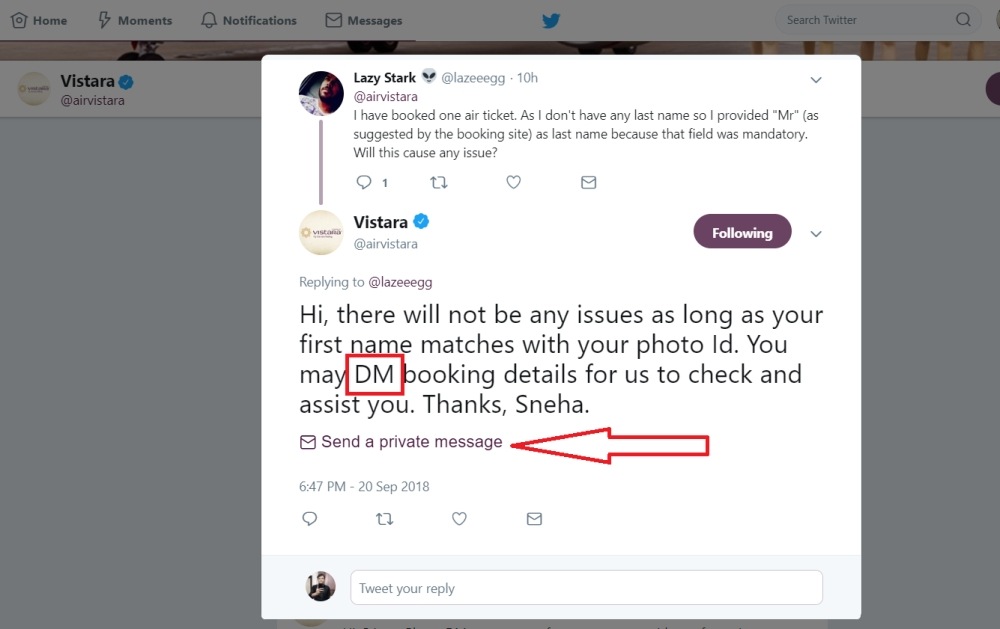 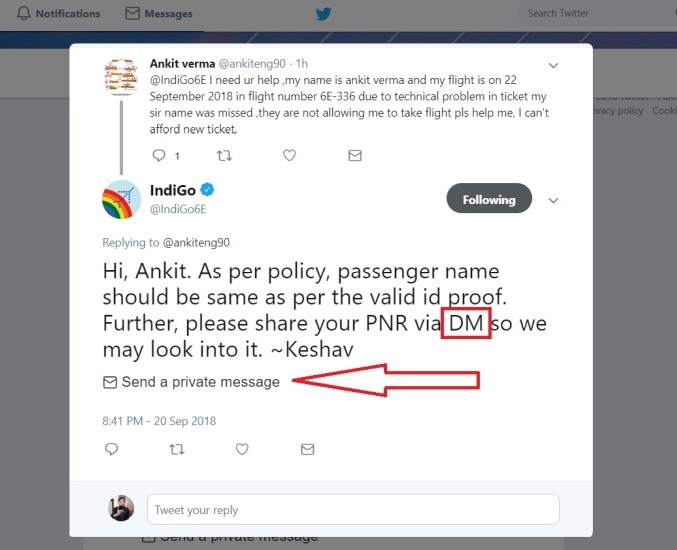 But there’s a twist to this feature! When I don’t follow any account on Twitter, say, for example, SpiceJet, I don’t follow them Twitter. In this case, they used the word “DM” but I don’t see any such feature “Send a private message” as I saw in AirVistara & Indigo Tweet conversations.

So this was my observation in detail. I hope this feature will make it easy for the users to contact the people (especially contacting businesses) they follow & have queries to which they can send a direct message from Twitter’s feed itself!

Isn’t it strange? Well, there are no words from Twitter and none of the other social media experts as this feature is hardly being noticed by anyone in the social media world! I’ll keep you updated if there’s any confirmation on this feature.