London Olympics 2012 is right around the corner. The mother of all events will begin from 27th, July 2012. The hype surrounding the most prestigious event of the year is at its pinnacle. For most of the players it is more of a do or die situation, their nations pride is in their hands. Previously, we provided a list of applications to watch Olympics 2012 on Android handsets. To follow up the same, we’re moving ahead to provide a comprehensive list of apps to watch Olympics 2012 on iPhone and iPad. It is no longer mandatory to have TV and cable connection t keep updated with the latest score or live updates from the ground. 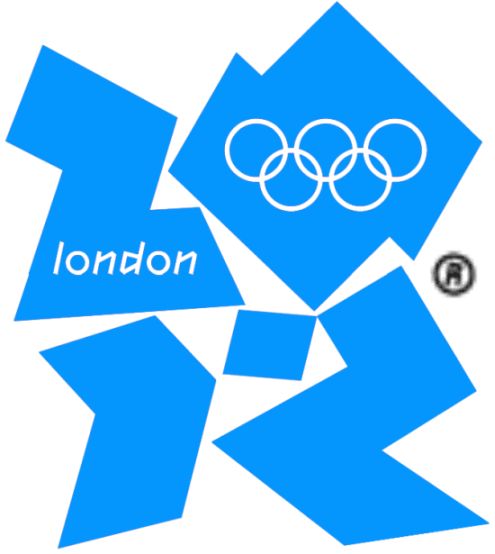 The list also contains some of the applications which will help you to find out the ground where the game is being played on. This comes in handy especially for those who feel uncomfortable finding the desired place during their journey to Olympiads. Similar applications are also available for other platform users. With Olympics 2012 just 1 week away, it would be great fun to download Olympics 2012 apps for iPhone and iPod so one can enjoy various games to the fullest.

London 2012: Official Join In App for the Olympics and Paralympics Games

As the name suggest, this is an official application of London 2012 Olympics. The app is designed to help people who are heading to London to watch Olympics 2012 games. It helps you in finding sitting arrangement, games being played on the ground, maps feature to find friends, torchbearers details and much more. For spectators, the app is blessing in disgust, it serves you with searchable maps, augmented reality view, route to competition venues, live updates and more. 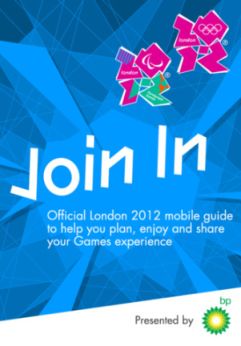 This application is also optimized for iPad and works smoothly on larger screen devices. The app also provides video tours to the venue giving you all minute details about the venue itself.

The official join in app is more of a tour guide then a result oriented app. Officials have also provided yet another apps which gives you real-time updates of all London Olympics 2012 games. Users can check latest news, photos, videos, medal history/ tally and country wise medal lists. People who are looking for keen to get in-depth view can enjoy latest live updates, calendar view, history of sports, player profile, official news and much more. 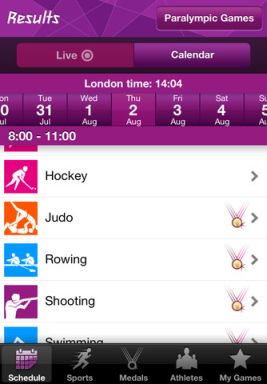 There is yet another app made available by the officials which lets you enjoy different Olympic games on your iPhone and iPad.

Truancy internet problem is not pardonable while visiting London. The 2012 Summer Games London iPhone and iPad is a perfect companion in absence of the internet. It provides offline maps, venues info, countdown info, search option and many other useful features that otherwise needs internet connection. Yes, this app is a boon for those who don’t have active internet connection with them. Unfortunately, the app is not available for free. Since, there is no internet connection required this app to operate to fullest, there is no presence of live score updates either. 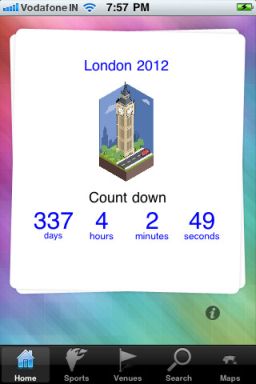 Go 2012 provides brings real-time accurate news at your fingertips. It is an unofficial London 2012 guide application that helps you to keep track of latest matches with live updates. Users will also get latest Olympic news, photos and videos. It also presents latest matches, medal tally, schedule in a beautifully organized application. This is yet another app that’s going to costs you $0.99. 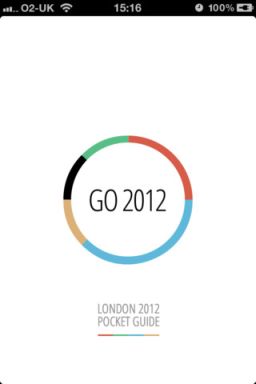 Last but not the least. iLondon paid app is self-proclaimed most complete app about London 2012 Olympic games. The app is amongst the most favorite Olympic app in more than 50 countries. The app provides latest medal standing, all medals for athletes, calendar, list of sports and news from the official website. The beauty of the app is that it even works without internet connection. Of course, you won’t be able to get latest news and medal table since it does require active internet connection. 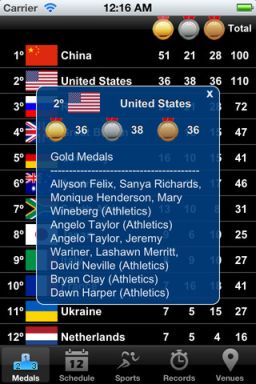 Users can schedule the event on the calendar wit accurate location, place, time and description about the event.  iLondon 2012 is available from iTunes store at $1.99.

Exclusive to UK users, BBC Olympic is the only app available for iPhone and iPad that provides 24 live streams of games. The app is a bandwidth hogger and is advised for unlimited data user only. The application also brings latest games news, score, updates, medal tally and more on your iOS device. BBC Olympic also provides video highlights, athletes interview, live commentary on your device. Above all, the application is distributed for free from iTunes store. If you’re in UK, then you are in for a great treat. The application also works in offline mode making it most complete Olympic 2012 app for iPhone, iPod touch and iPad users. 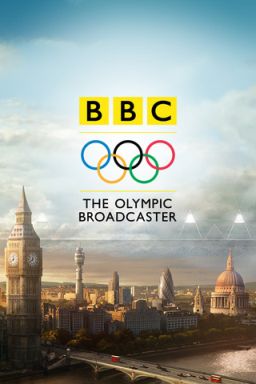 These are some of the best Olympic 2012 apps for iPhone and iPad users. We will try to provide more apps as soon as we find appropriate app for you.