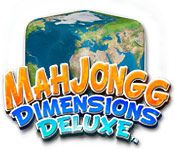 We’ve been covering Arkadium’s Mahjongg Dimensions on Facebook for some time now, but did you know that the game actually has a downloadable deluxe version? If not, the time to learn is now, as the game allows you to take the basic aspects that you know and love from the one-minute “blitz” version on Facebook, and enjoy it in full-screen, with improved graphics and sounds, on both the PC and Mac.

Mahjongg Dimensions Deluxe places a lot of focus on nature and the various elements (air, water, fire and so on). As you play the game, you’ll see this reflected in the detailed, animated backgrounds atop which the Mahjongg tiles sit. If you’ve played the Facebook version in the past, the gameplay here will be instantly familiar to you, as the game offers the same 3D, rotatable Mahjongg boards as found on Facebook.

The same rules apply as well – you can only click on cubes that have an exposed edge, and you must match two like-patterned pieces before they’ll disappear from the board, with the overall goal being to remove all of the cubes, while doing so in the quickest time possible. 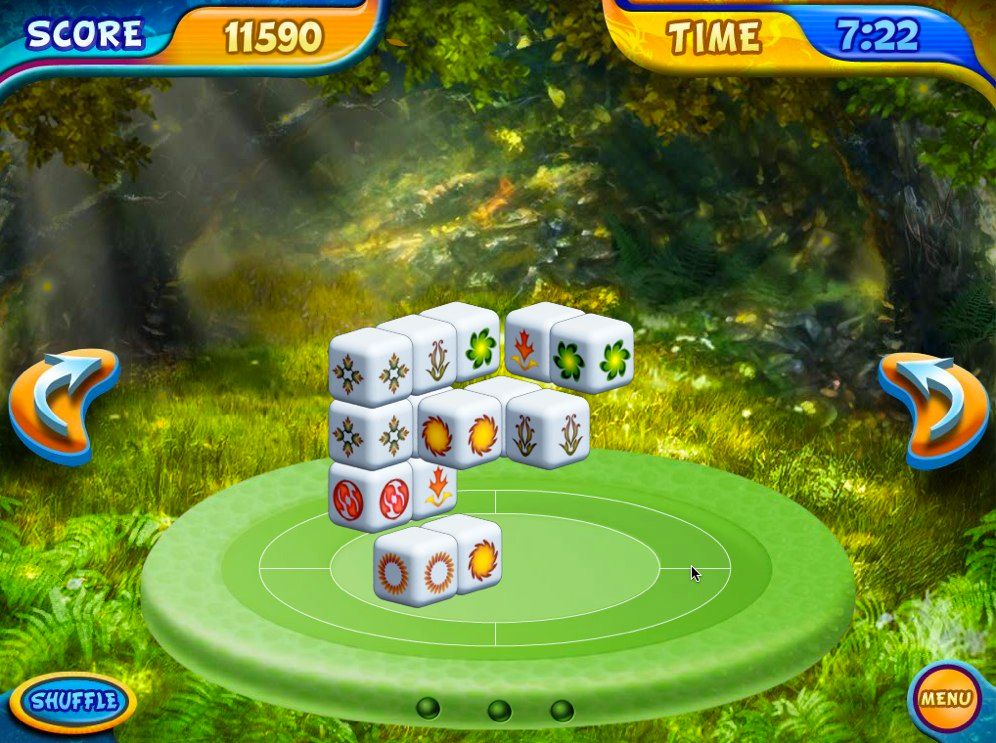 New Gem tiles make an appearance in this Deluxe version. Activate a pair of them, and the entire board will turn to like-colored gems for a limited amount of time, allowing you to quickly rack up some massive points, in addition to power-up tiles that slow down time, or will only be active for a set amount of time (shown on the tile). 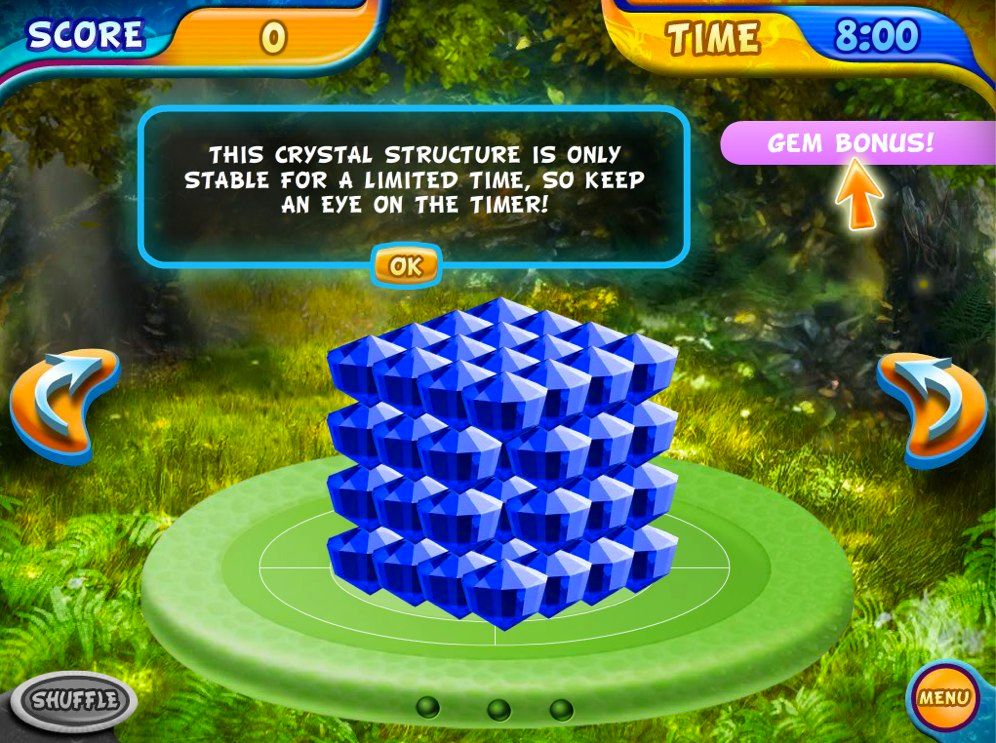 Regardless of the tile, as you make new matches, if you can make a subsequent match within three seconds of the last, you’ll earn a score multiplier. This multiplier increases as you make more rapid matches, until it maxes out at x10 the normal score. Likewise, if you can match the same pattern two or more times in a row (that is, match two flowers as an example, and then immediately make a match of two more of the same pattern of cubes), you’ll earn another bonus.

These bonuses come in handy when the levels end, in that the higher your overall score, the better medal you will receive, in terms of Bronze, Silver or Gold. Additionally, each stage is timed, and you’ll need to complete all segments of the stage within that set time limit in order to pass. Again, the quicker you complete the trio or quartet of stages (as examples), the better the medal you’ll receive. It should be noted that while the overall idea of the gameplay is simple enough in both premise and execution, it can be truly challenging to earn the Gold Medal in terms of points, no matter how skilled you are at the game, simply due to the randomized layout of the tiles each time you play. 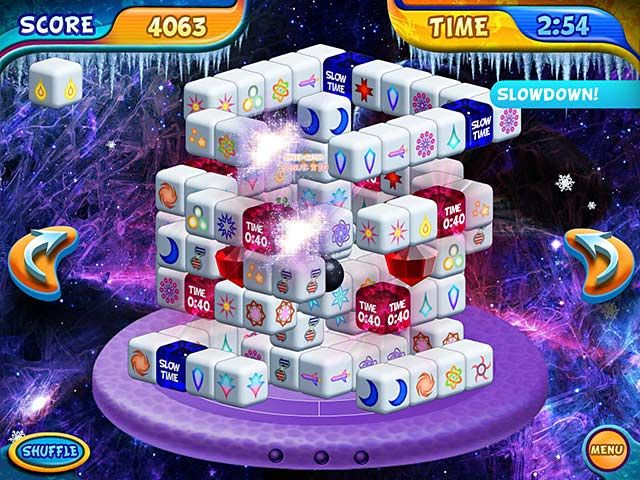 If you don’t see a match on the board, you can either rotate the board to view other sides, or, if there are no matches whatsoever, you can shuffle the board to get yourself back in the game. As you complete levels, you’ll unlock new stages and eventually new dimensions (six in total), hence the title’s name.

Each level has its own leaderboards, where you can track your previous high score and best time, and replay the levels with scores that you’d like to improve.

Depending on your skill level with Mahjongg, or with this 3D layout, you can choose from multiple gameplay modes, including the Normal mode we spoke of above, and Untimed and Hard modes. You’ll experience 60 levels in all, but keep in mind that with the added ability to replay any level of your choosing, the game never really ends.

If you’re interested in playing Mahjongg Dimensions Deluxe for yourself, you can download the game from multiple digital distribution websites, including Big Fish Games. Be sure to check out our Frisky Hands-On video of the game below, to see exactly what to expect from this Deluxe version of the game.